Latest news around the world of sports as monitored by thesleak.com authoritatively confirms that Arsenal have finally completed the surprise signing of Chelsea defender David Luiz, landing the Brazilian for £8m.

We have reached an agreement for the permanent transfer of David Luiz to Arsenal.

Thank you for your service and good luck, David!

Luiz, 32, played his back into favour last season under Maurizio Sarri, helping the Blues qualify for this season’s Champions League with a fourth placed finish – as well as winning the Europa League with victory over, ironically, Arsenal.

Welcome to The Arsenal, @DavidLuiz_4 ?

But the alluring star is now on his way to the Emirates Stadium, with the Gunners confirming a whirlwind deal has been completed with an official statement on their website.

“Brazilian international defender David Luiz has signed for us in a permanent transfer from Chelsea. The 32-year-old centre back has a wealth of experience and has made 524 club appearances in a career spanning 13 seasons.

“David will wear the number 23 shirt.”

Manager Unai Emery added: “David has huge experience and I look forward to working with him again. He is a well known player and adds to our defensive strength.”

His résumé in west London is impressive to say the least, with a Premier League title, Champions League crown and two Europa League winners medals to his name – as well as two FA Cups. 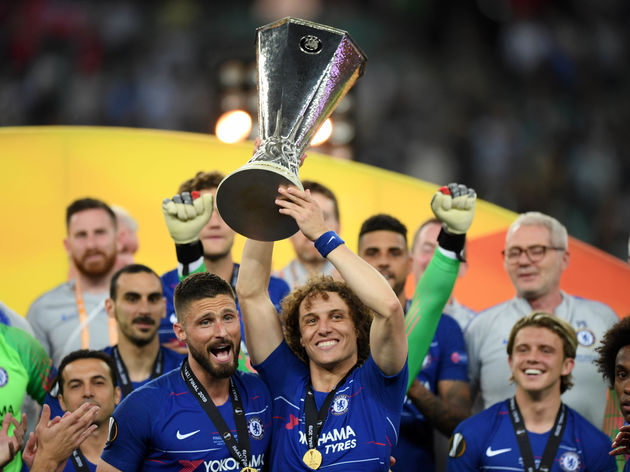 David Luiz spent seven seasons with Chelsea at ​Stamford Bridge, sandwiched either side of a two-year stint with Paris Saint-Germain. making 160 Premier League appearances in that time – and 248 in all competitions.