Controversial media personality, Daddy Freeze have been called out on social media over his relationship with Hushpuppi and that of clergymen. 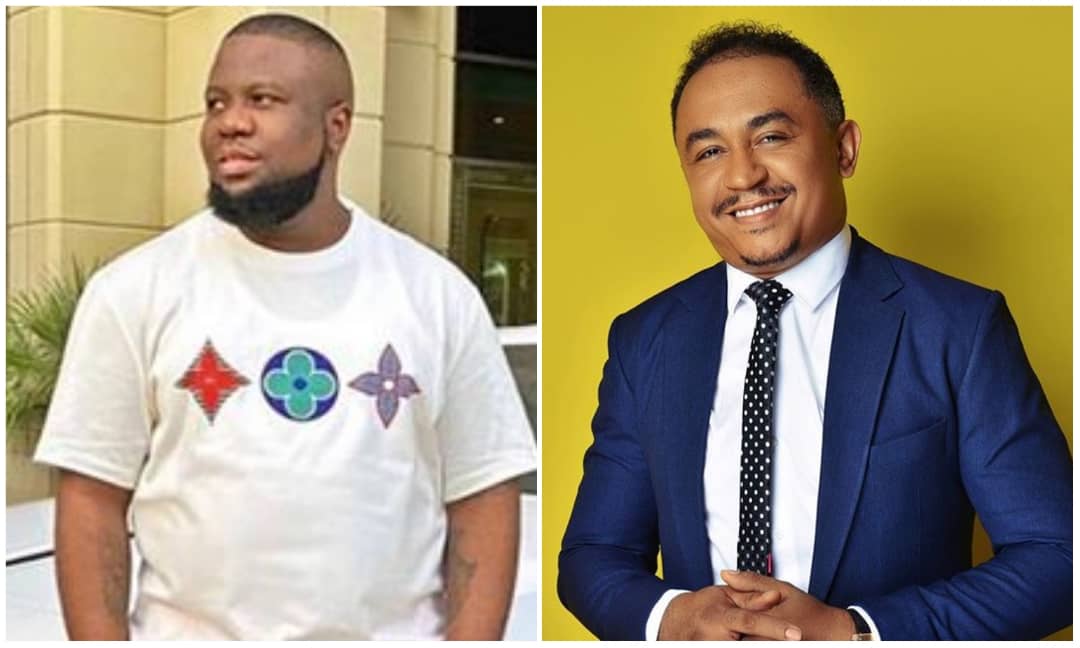 Daddy Freeze has become a controversial figure in the industry and this has come back to hurt him as fans criticise him over all his comments on pastors.

The talented journalist who have become popular for aiming dig at churches and their pastors was in the past dinning with Hushpuppi who have now been arrested by FBI.

With the Dubai Police Force releasing video footage of how Hushpuppi was nabbed alongside his friends at their room, fans dug out an old clips of Daddy Freeze having a nice time with the alleged fraudster.

According to some fans on micro blogging site, Twitter, Daddy Freeze has the strength for calling out clergymen over tithe and offering but has the guts to sit with a fraudster.

Some fans noted that Daddy Freeze is a complete disgrace to what he preach as he’s yet to speak about the arrest of Hushpuppi ever since he was arrested by the authorities.

With Daddy Freeze known for being skeptical about religious matter, some fans claimed the video showed how greedy he his and that he does not have the audacity to call out any clergyman again.

See the video of Daddy Freeze dining with Hushpuppi as well as fans reactions below:

Daddy Freeze called out for dining with Hushpuppi and criticizing Pastors