Nigerian music star, Davido has surprise the boy who edited his picture with Wizkid with a whooping sum of one million naira. 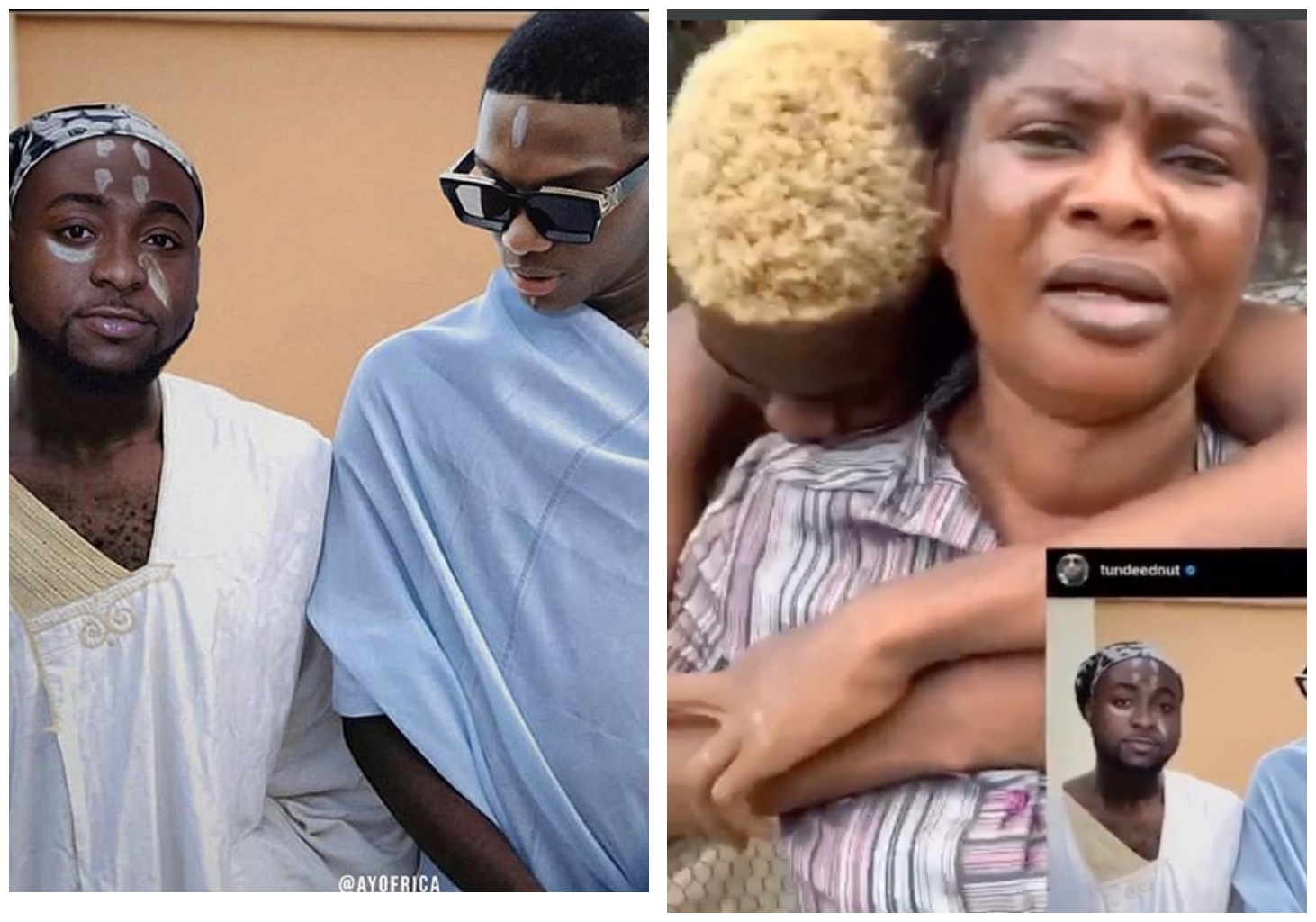 the picture of one of the two greatest singers Nigeria and Africa have ever seen,

precise message as he wrote, The 2 greatest of all time ! No ?

Though the picture and captioned has cause a lot drama on social media, Davido

have decided to spend big on the young boy who edited the picture.

worth millions surprised the young graphics designer with one million.

alongside his adorable mother crying as they thank the award winning singer for his kind gesture.

See photo and video of the young boy and mother weeping below:

Wow! Davido sends N1million to boy who edited his photo with Wizkid Swipe to watch video

Davido has really shown why he’s adored by fans across the globe, no doubt they’ve

been standing behind him ever since he rose to stardom some years back.

He will be dishing out a new album in the next few days, an album that will surely receive massive response from fans and followers who are already anticipating.