Nigerian singer, Davido’s has revealed in an interview the actual price of his 30BG championship ring which has 696 diamonds on it.

Zaheer of Icebox diamond and watches in Atlanta, United States of America revealed that Davido’s customized 30BG(30 Billion Gang) ring is the ‘biggest championship ring he’s ever made with so many carats’ and it cost an exorbitant amount of N54Million. 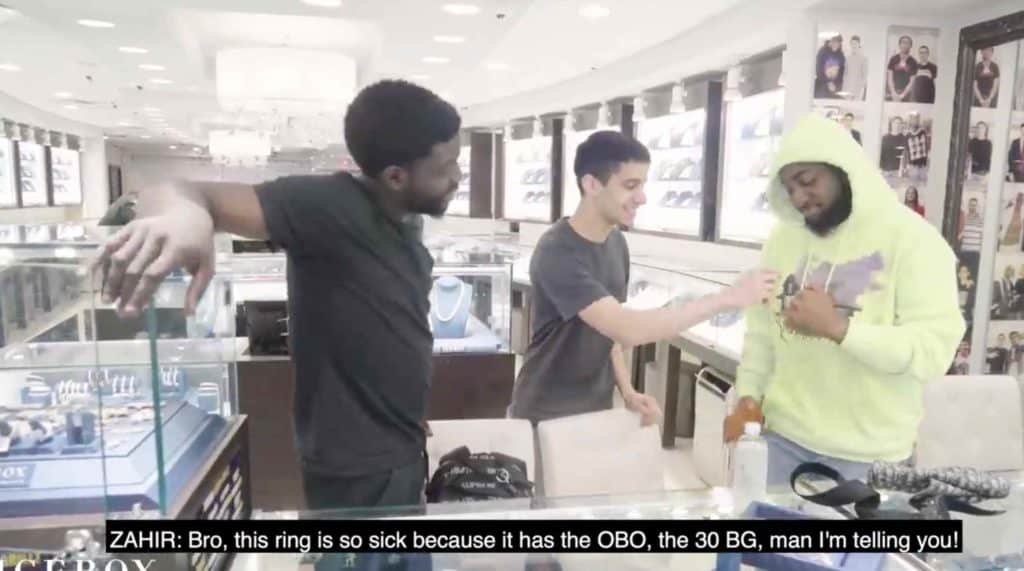 The jeweler also added that Davido’s ring has a full 10 carat on it and it has inscriptions of 30BG, OBO, 1992 and Nigeria on it.

The excited singer went ahead to warn the jeweler not to copy or make the same kind of ring for anybody so that it remains unique.

Icebox Diamond and Watches is a world-renowned luxury store known for men’s fine jewelry and based in Atlanta, GA, where Davido was born.

In November 2018, Davido bought himself an expensive diamond-encrusted Richard Mille wristwatch valued at N90 Million ahead of his 26th birthday.

The young singer went also picked up a customised necklace from Icebox Diamonds and Watches. 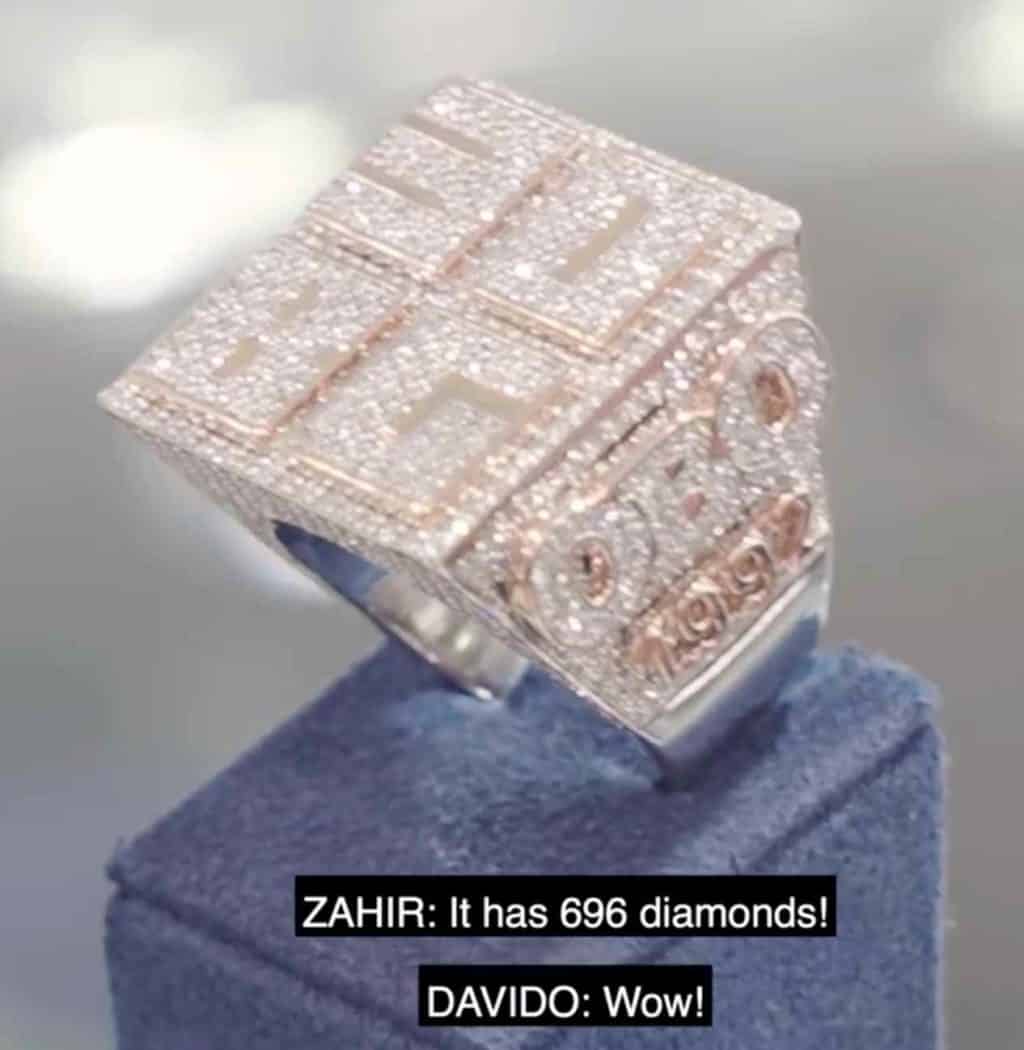