Former big brother naija star, Princess has a message for all babymama and those aspiring to be one in the future as she says ‘Don’t do wife duties for girlfriend prices’. 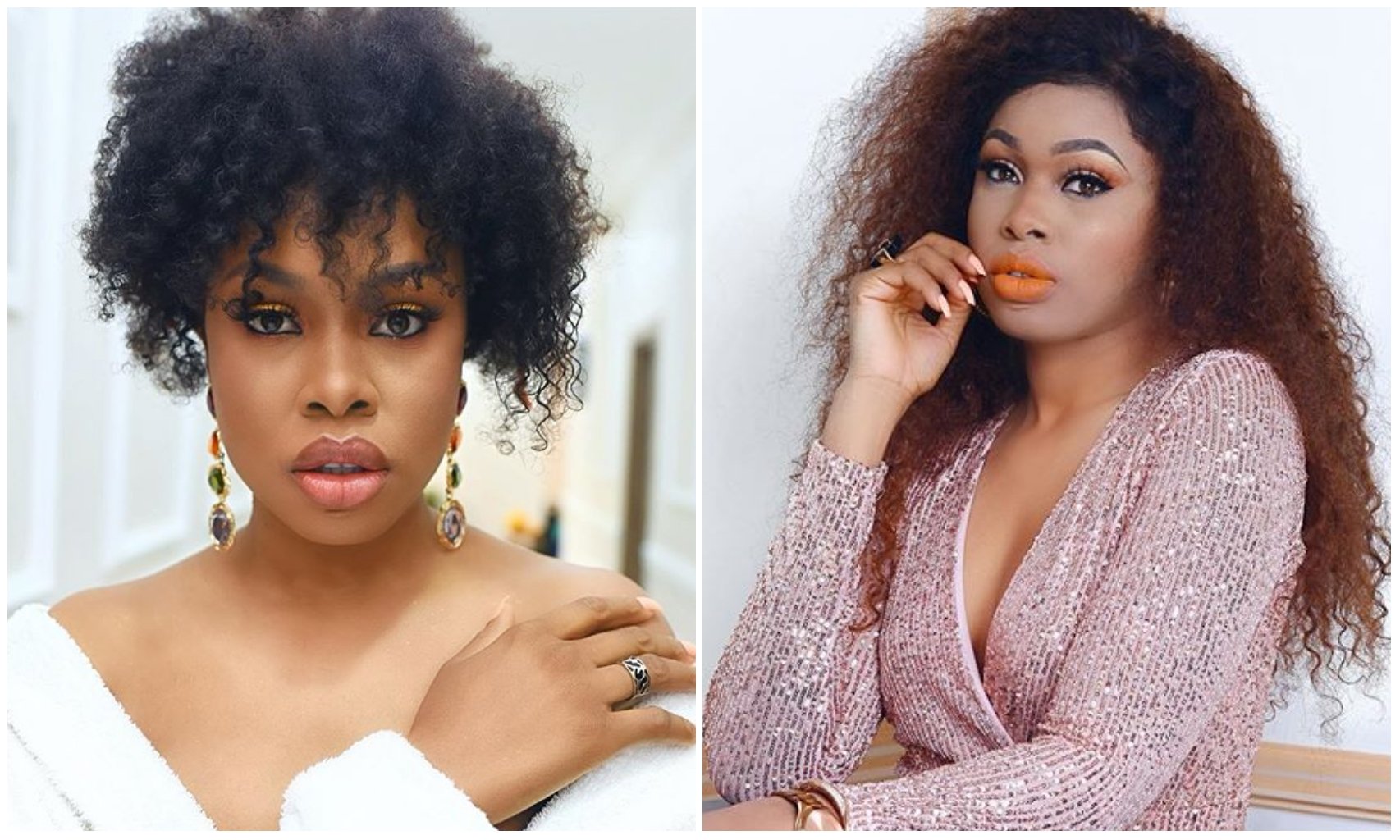 With the high rate of babymama in the country, Princess took to her official Instagram Page to pen a message to them urging them to level up.

The sexy screen diva highlighted all the wife duties they should not get themselves involved in and what they should do for their partner or baby daddy.

Do not do wife duties for girlfriend prices

And incase u are wondering

READ
#BBNaija: Tacha promised a Masarratti on her next birthday by addicted fans (Photo)

Having a baby for a man~

Living with a man u re not married to~

Being there for him when he is down~

Cooking and doing chores for him~

Giving him your vagina because he wants it~

If you gave all that already…why would he be in a hurry?

Why buy the cow when the milk is free?

Someone somewhere needs to hear this ? 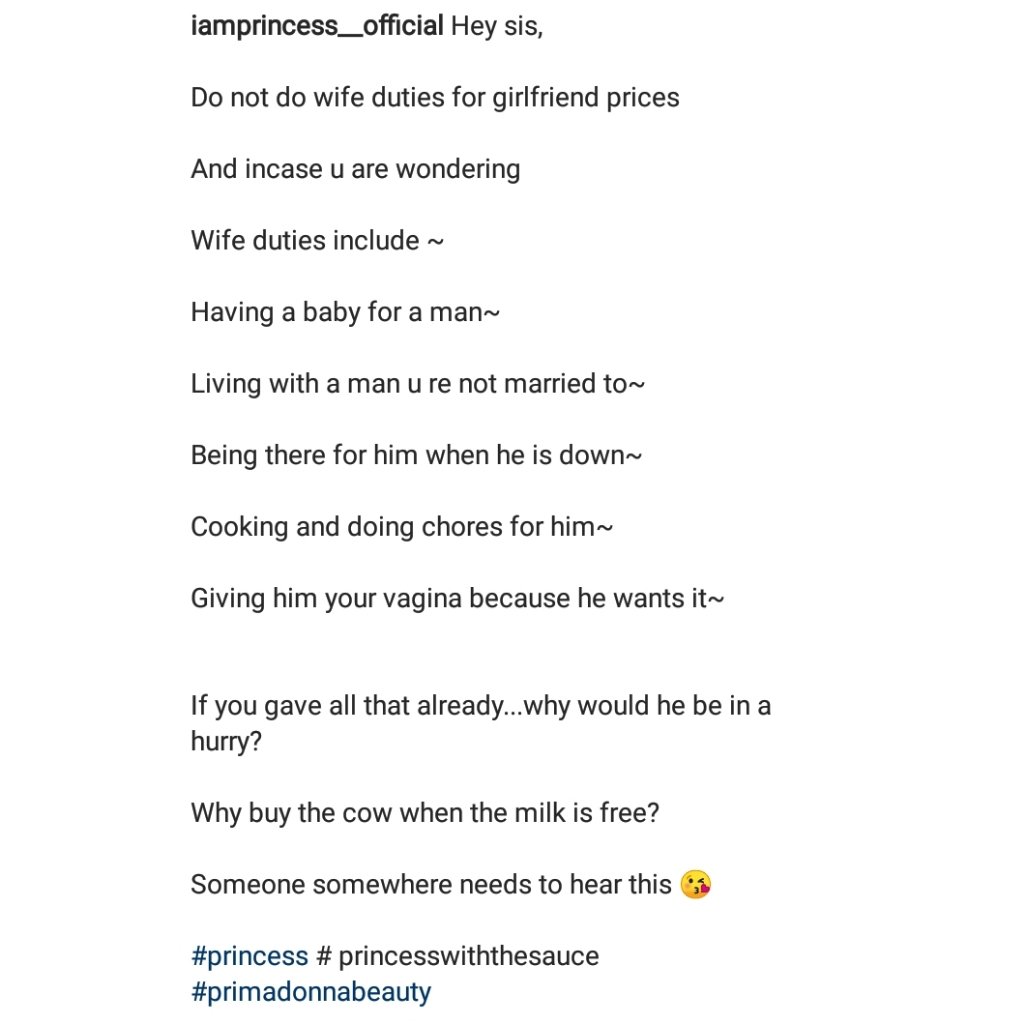 Some top celebrities in the industry are currently a babymama and it’s still unclear who princess is trying to advise or she’s just being herself.

Princess have grown a huge fans base on social media ever since she made an appearance at the reality show which the fifth edition will be airing in the next few days.

READ
#BBNAIJA: "Ready to make bold statements" That's how we are showing up - Seyi Awolowo tells his fans how Stars DO

Violette Johnson - November 5, 2019 0
The popular dosunmu market located on the Lagos high land is set on fire after the recent update of the balogun market. The fire service...

Violette Johnson - November 8, 2019 0
Veteran Nollywood actress, Tonto Dikeh seems to be gearing up to be a politician as she visit the house of representive. Tonto Dikeh who wants...

Violette Johnson - July 29, 2019 0
Gone were the days when thoughts about comedy were been viewed as unimportant and irrelevant -  in today's world social media seemed to have...