Home Entertainment Educational system is so sh!t – Simi question the excess of education

Award winning Nigerian female singer and songwriter, Simi have taken to social media to question the role of education and why it’s a priority in the country. 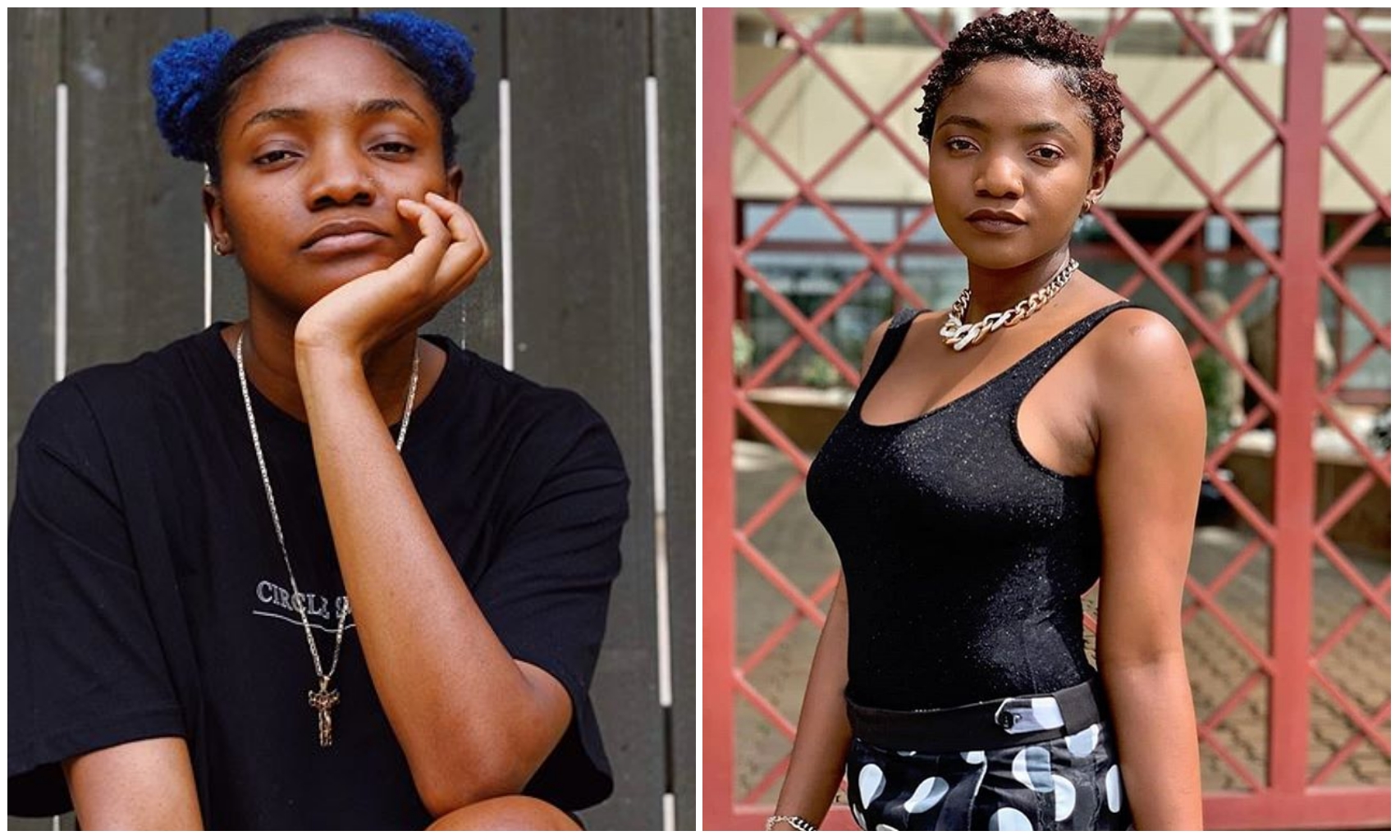 platforms to state her opinion on education as she noted that the system is shit.

According to the beautiful mother of one, education system is shit just because

taught while still in school.

they’ve not bargained for.

they’ve been taught to do another thing entirely as she question why education is then important. 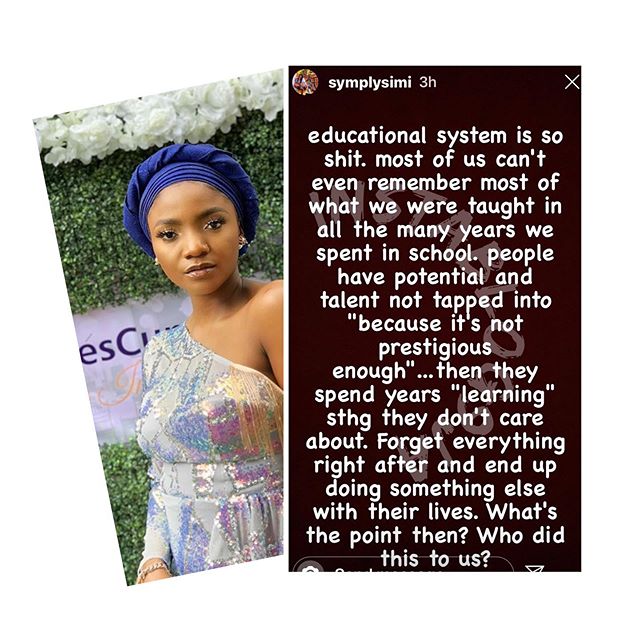 READ
'This is beautiful' – Falz, Alex Unusual, Dija others reacts to Simi's post to Adekunle Gold on father's day (Photos)

encouragement have been top notch.

Though she’s been dragged on some occasions, the ‘Duduke’ crooner have been keeping up with the good job and this will surely earn her more accolades.