Nigeria music star, Seyi Shay has finally react to the sultry pictures that was posted on her Instagram Page earlier this morning. 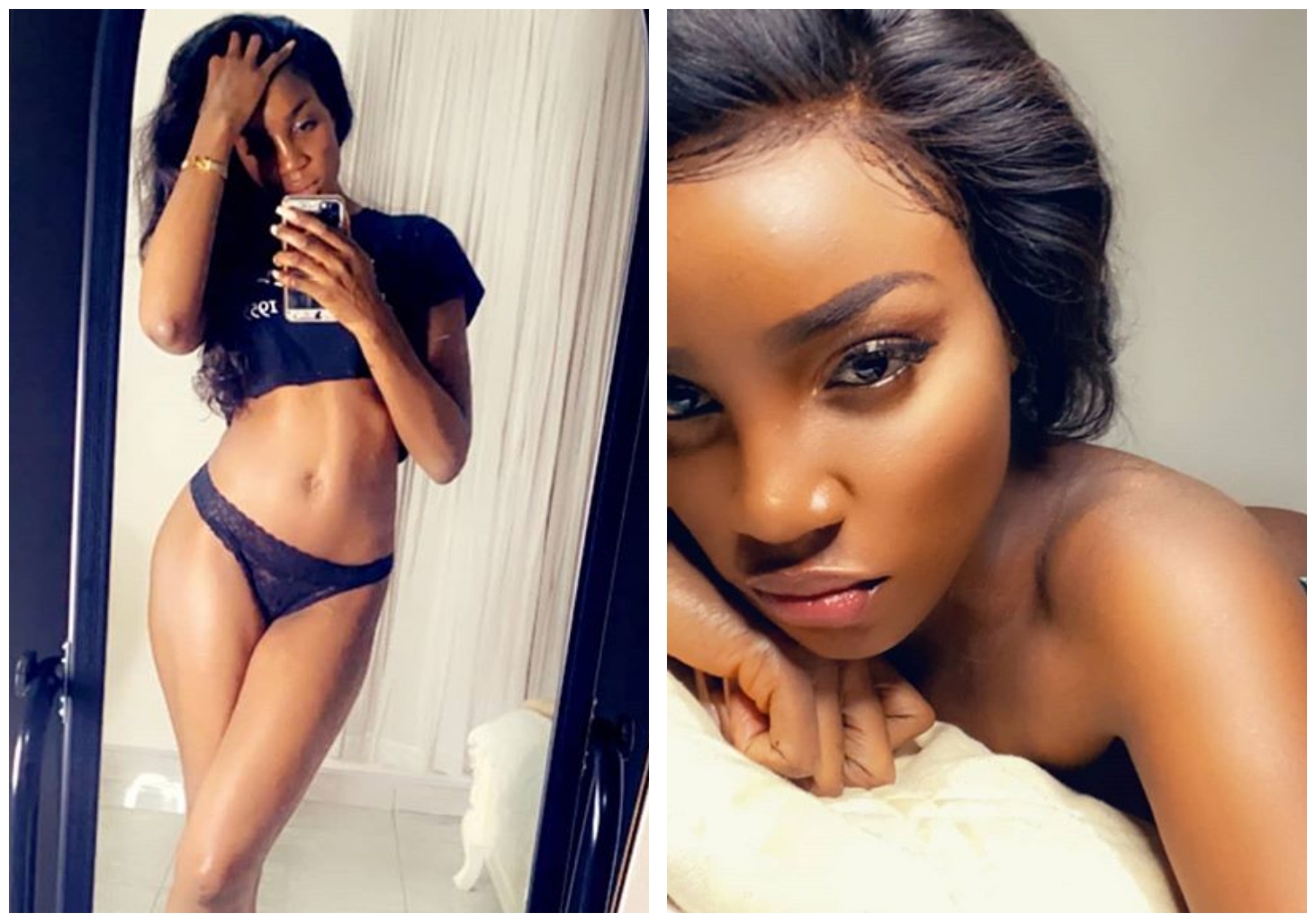 she was flaunting her hot body in another selfie picture wearing a bikini.

READ
#BBNaija: Flirting is my nature, I can't be commtted to Erica – Kiddwaya (Video)

must have been hacked.

being compromised and her privacy being violated by someone she’s yet to detect.

According to the talented singer, the act seems like a planned work as she noted

ignore any DM from the page. 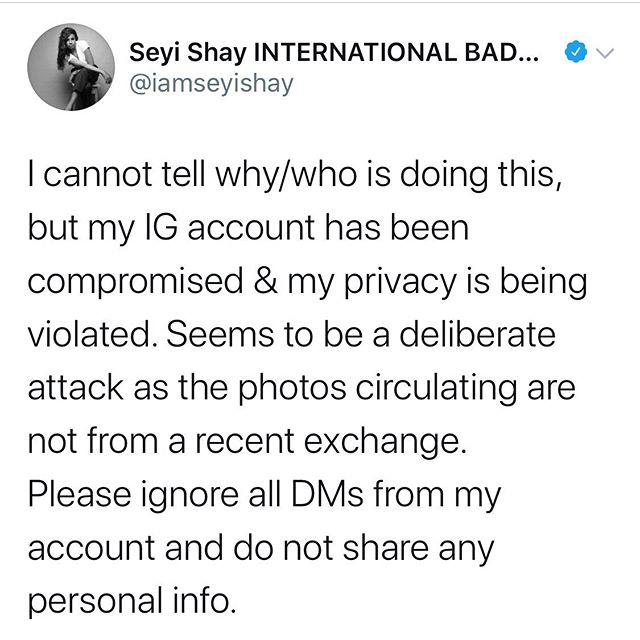 length to be on the spotlight.

hope this drama does not put a dent on her the wonderful career she’s been building for the past few decades.

Drama as Davido evicts his road manager, Aloma from the house he bought for...

Adedokun Moses - June 27, 2020 0
Another drama have been reported to have unfolded in the crew of singer Davido (DMW) as he continues to make headlines. According to reports, Nigerian...

Adedokun Moses - July 8, 2020 0
Award winning Gospel singer and songwriter Buchi is currently in a celebratory mood as his daughter bag a First Class certificate from Babcock. Buchi is...

Violette Johnson - June 17, 2019 0
Maurizio Sarri has been appointed the new manager of Italian giants Juventus. The Italian got the job after both teams agreed to a £5million...

Violette Johnson - December 11, 2019 0
Obviously the Idibias are in super elated mood as the daughter of Tuface & Annie Idibia, Isabella is celebrating her birthday as she turns...

Violette Johnson - December 16, 2019 0
Never one to miss out on an opportunity to entertain her fans particularly as it relates to her work as a designer, Toyin Lawani...