Veteran Nollywood actress and philanthropist, Tonto Dikeh have urged protesters of the EndSars movement to end bad governance through their votes. 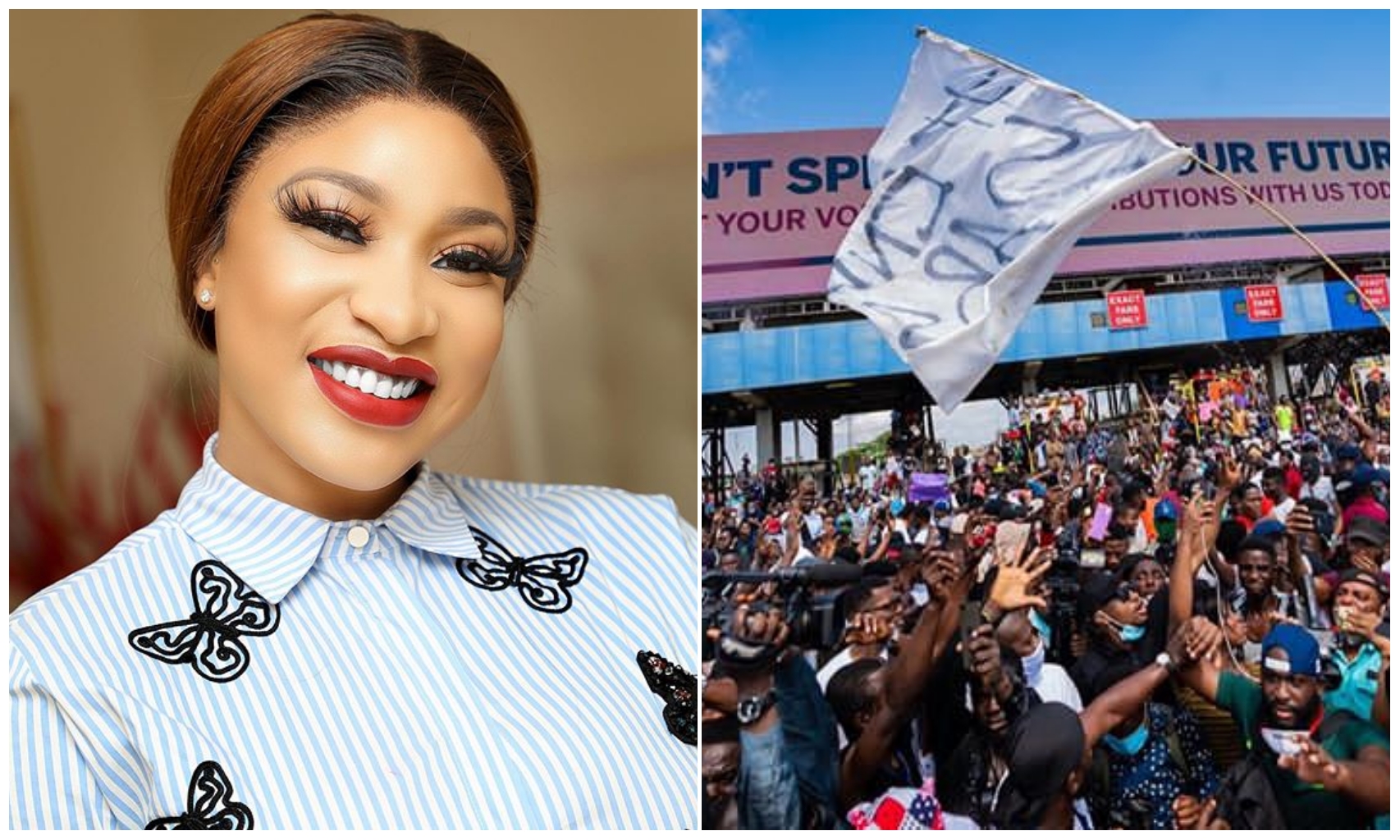 increasing on a daily basis.

this has got a lot people talking on social media, (see video of the candle night here)

READ
TBoss Idowu is a masterpiece in this new exciting photo

sure their protest did not go in vain.

to end bad governance when it’s time for elections.

at the protest ground.

has played a major role in helping protesters stay all through the night to voice out their frustrations.

Adedokun Moses - June 6, 2020 0
Nollywood actress, Tonto Dikeh is currently in a celebratory mood as she hit 6 million followers on Instagram. Tonto Dikeh has been popular on social...

Adedokun Moses - June 19, 2020 0
Talented singer and songwriter, Emma Nyra has reacted to the rape allegations levied against D'Banj by a model named Seyitan. It would be recalled that...

Violette Johnson - November 3, 2019 0
The House of lunettes unveil the Ex BBnaija housemate, Seyi Awolowo as their brand ambassador. Seyi Awolowo who happens to be one of the great...

Violette Johnson - July 31, 2019 0
Ghanaian musician, Samuel Adu Frimpong, popularly known as Medikal has revealed that he charges between 60,000 to 70,000 cedis as performance fees for shows. Medikal...

“I dreamt of this” – Davido confess as he covers Billboard Magazine alongside Tiwa...

Adedokun Moses - May 21, 2020 0
Award winning afropop singer and songwriter, Davido, Mr. Eazi and Tiwa Savage have covered the latest edition of Billboard Magazine. The singers were featured as...