Afrobeat singer and songwriter, Burna Boy have joined aggrieved youths in United Kingdom to protest against the death of youths that were killed at Lekki tollgate. 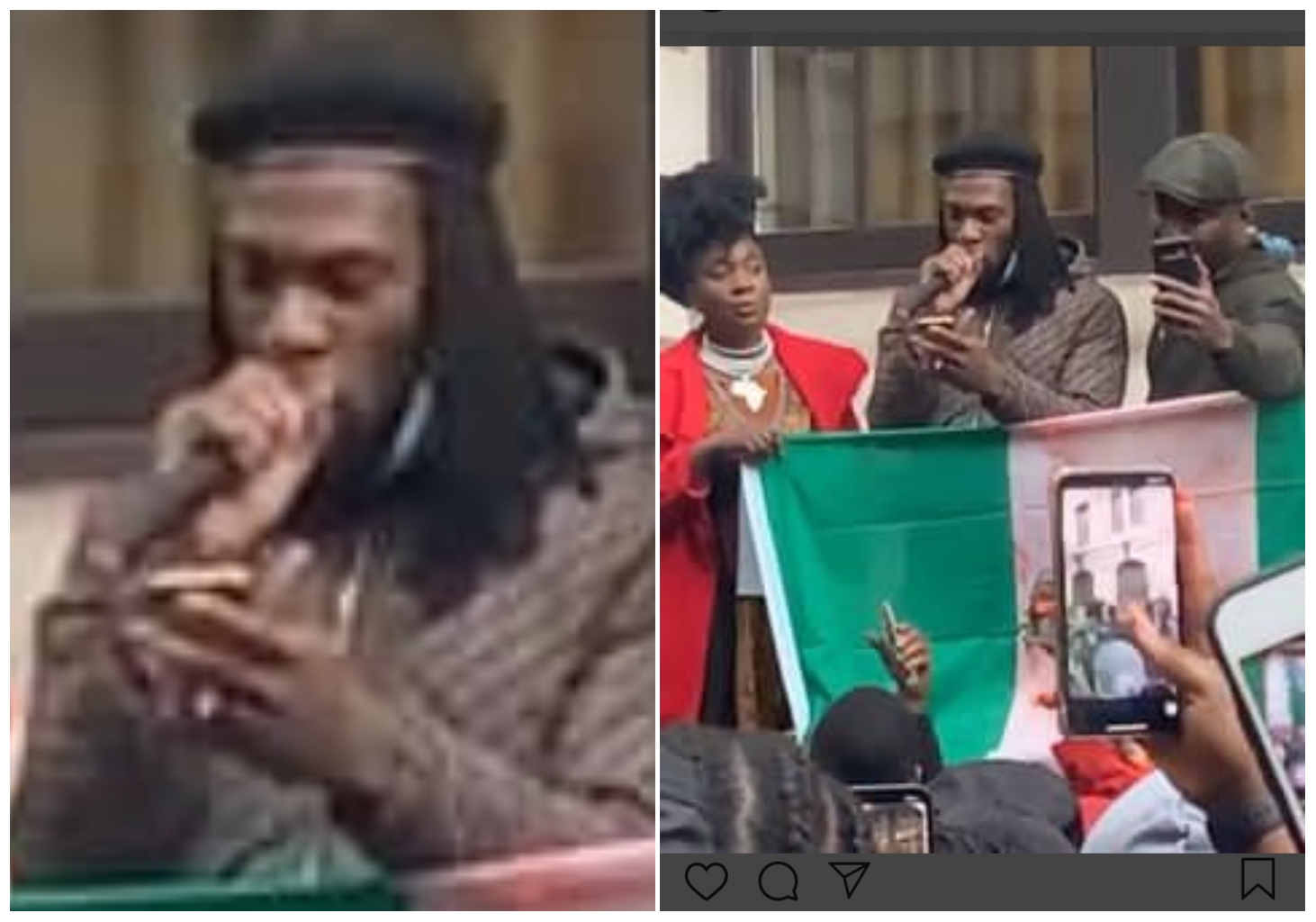 night when protesters were being shot by some military personnel.

Burna Boy who have always been skeptical of Nigerian Government have

his colleagues in the entertainment industry and the ‘Gbona’ crooner

have finally joined in the fight.

spoke about the injustice done to Nigerian youths by the Government.

With the talented singer now joining the protest, it’s left to see if he will be finally be accepted on social media by fans.