Home Entertainment My d!ck get hard for no reason – Naira Marley reveals shocking...

Controversial singer and rapper, Naira Marley is back on social media with some deep secrets about his private life noting that his manhood gets hard for no reason.

Looking for one of the most controversial celebrity on social media, Naira Marley

well as some controversial moment.

Despite all his past arrest and court visitation, Naira Marley does not look like

show, Naira Marley decided to switch the spotlight to himself and

he sure made his itentions known.

been observing that his manhood have been getting hard for no reason.

Naira Marley have not slowed down in giving out his very best ever since he rose to limelight and he recently signed the first female singer to his record label. 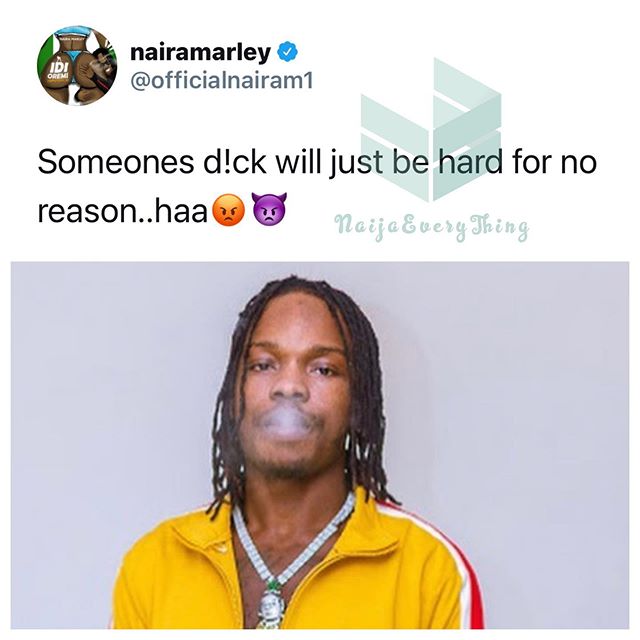