Lagos State Governor, Babajide Sanwo-Olu have paid a visit to protesters who were injured during last night shooting at the famous Lekki tollgate in the state. 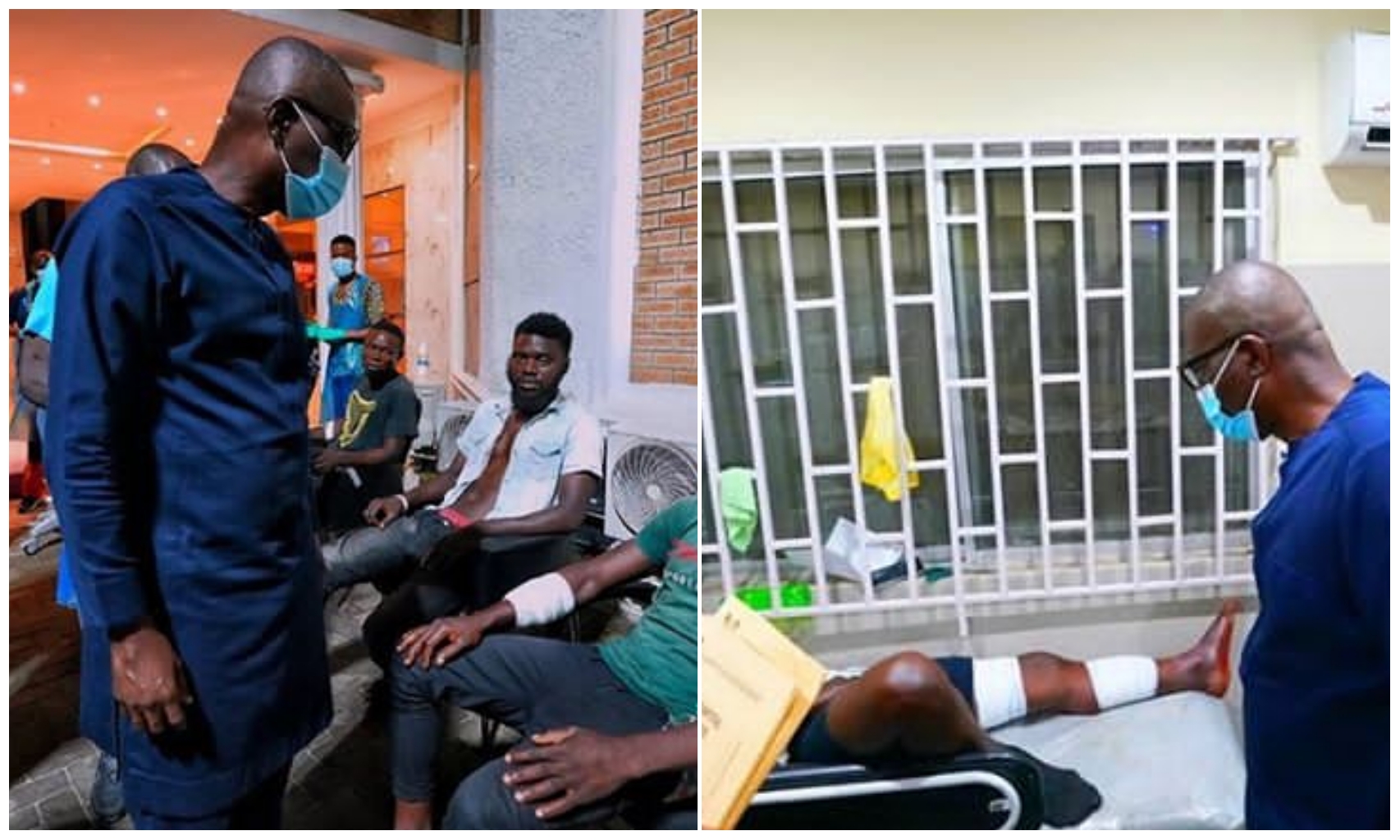 With Lagos State being the most populated state in the country, youths

protesters were being shot at by some men alleged to be from the Nigerian Army.

ordered by the Governor, a curfew that was later moved to 9pm in the state.

shooting started as street light were also switch off, a move that have raised

eyebrows across the country.

those who were injured during the shootout in the hospital.

According of the Governor, his administration will pay the hospital bills of

citizens was not meant to harm them.

few hours as he tends to clear air on some pending issues in the country.

See photos from his visitation below;