Curvy and endowed Nollywood actress, Eniola Badmus is not leaving any stone unturned when it comes to losing her weight as she lifts a dumbbell weight of 30kg. 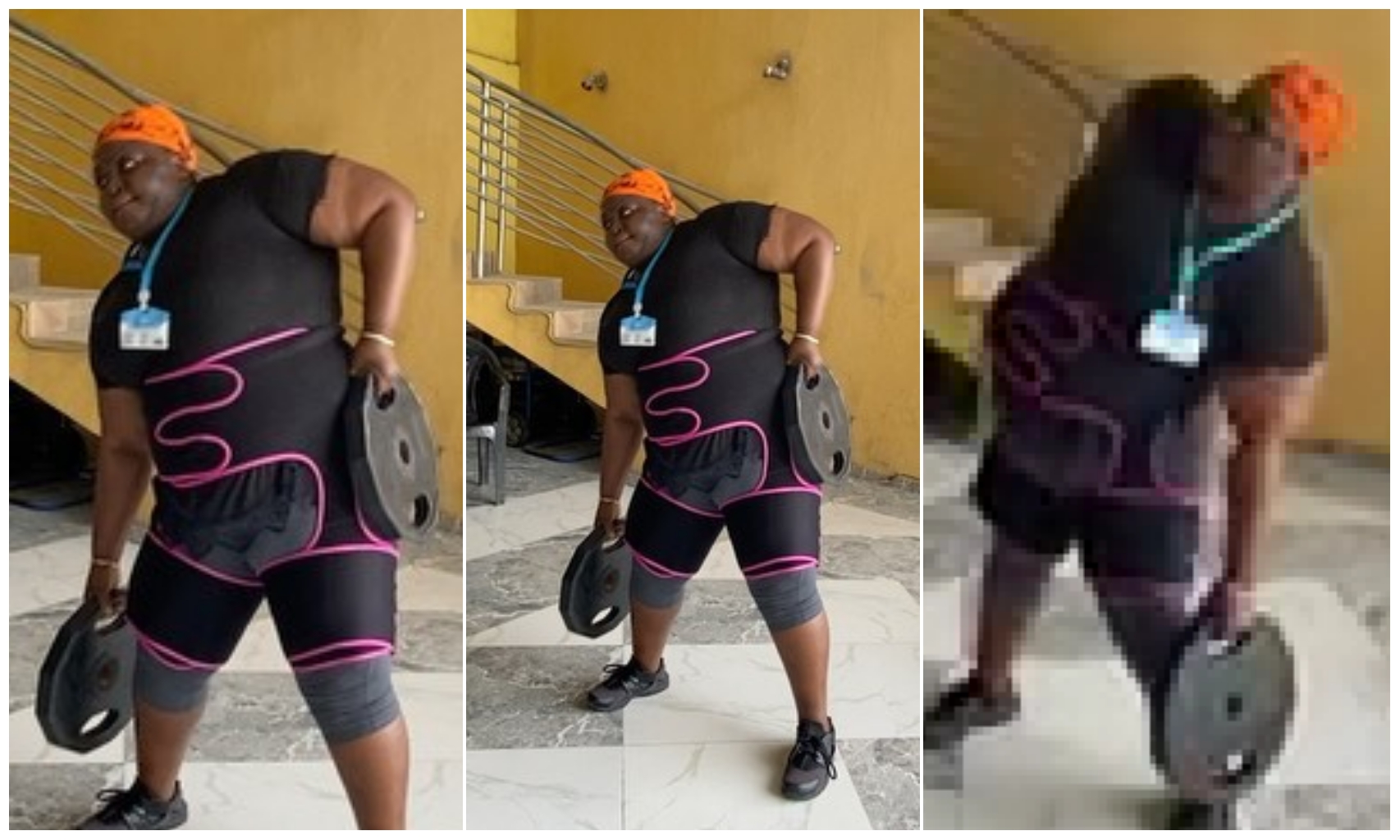 fans criticised her for taking such move.

point ever since she began her adventure in the entertainment world.

Eniola Badmus came out to address all those criticising her as she revealed her intention of taking up the challenge.

According to her, her weight loss journey is meant to look more sexy and attractive

and not to turn into a slim figure.

decided to indulge in, Eniola Badmus have been consistent in giving fans updates.

and it looks like she’s giving it all takes.

The sexy screen diva some minutes ago have fans a glimpse of the effort she putting in her journey to weight loss and it look impressive.

See video of Eniola Badmus carrying the dumbbell weight of 30kg below: