The Former Minister of Justice in the second Republic, Chief Richard Akinjide,(SAN), who is the oldest lawyer in Nigeria today has been reported dead. 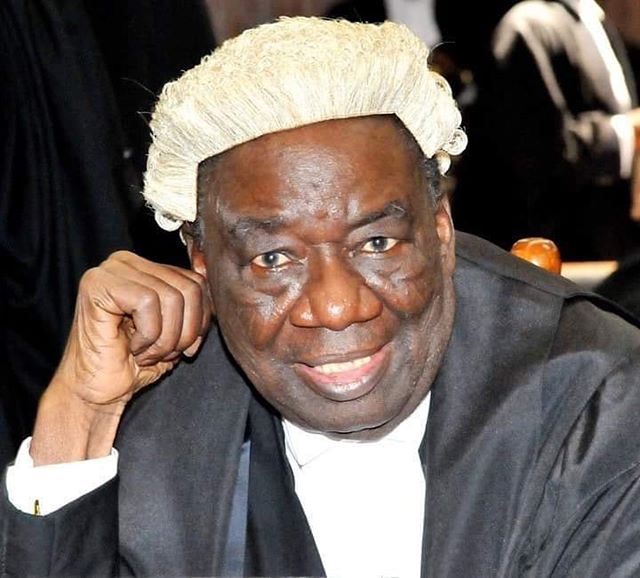 of death still remain sketchy as at the time of filing this reports.

Penpushing reports that, Akinjide who was also a former Minister of Education in the

stated severally that there is no retirement in legal profession.

The late legal luminary was born in 1930 in Ibadan, the Oyo State Capital, attended St.

Ile-Ife from where he passed out in Grade One (Distinction, Aggregate 6).

Penpushing further reports that, in 1951 Akinjide travelled to the United Kingdom

for his higher education, wher he studied for his LLB degree in Law at the University

of London and also obtained a certificate in Journalism,and called to the English Bar in 1955.

The deceased was subsequently called to the Nigerian and the Gambian Bar.and

became a Senior Advocate of Nigeria (SAN) in 1978,while on return to Nigeria, he

practiced briefly under S.L Durosaro before setting up his practice of Akinjide & Co.

Akinjide was a contributor to West African Pilot and Daily Times, as a result of his love for journalism, and he also taught

International Commercial Arbitration at post-graduate level at the University of Ibadan.

Nigeria (NPN) in 1978, and became the Legal Adviser for the party before he was later appointed the Minister for Justice.

It was under Akinjide’s watch that Nigeria temporarily reversed executions of armed robbers and the Abolition of a decree.

Evss almost caught FatherDMW in a lie, as Big Shaq comes to the rescue ( Video)