Fast rising entertainer, Father DMW has taken to his Instagram Page to appreciate his fans and followers who have been supporting his brand ever since he started. 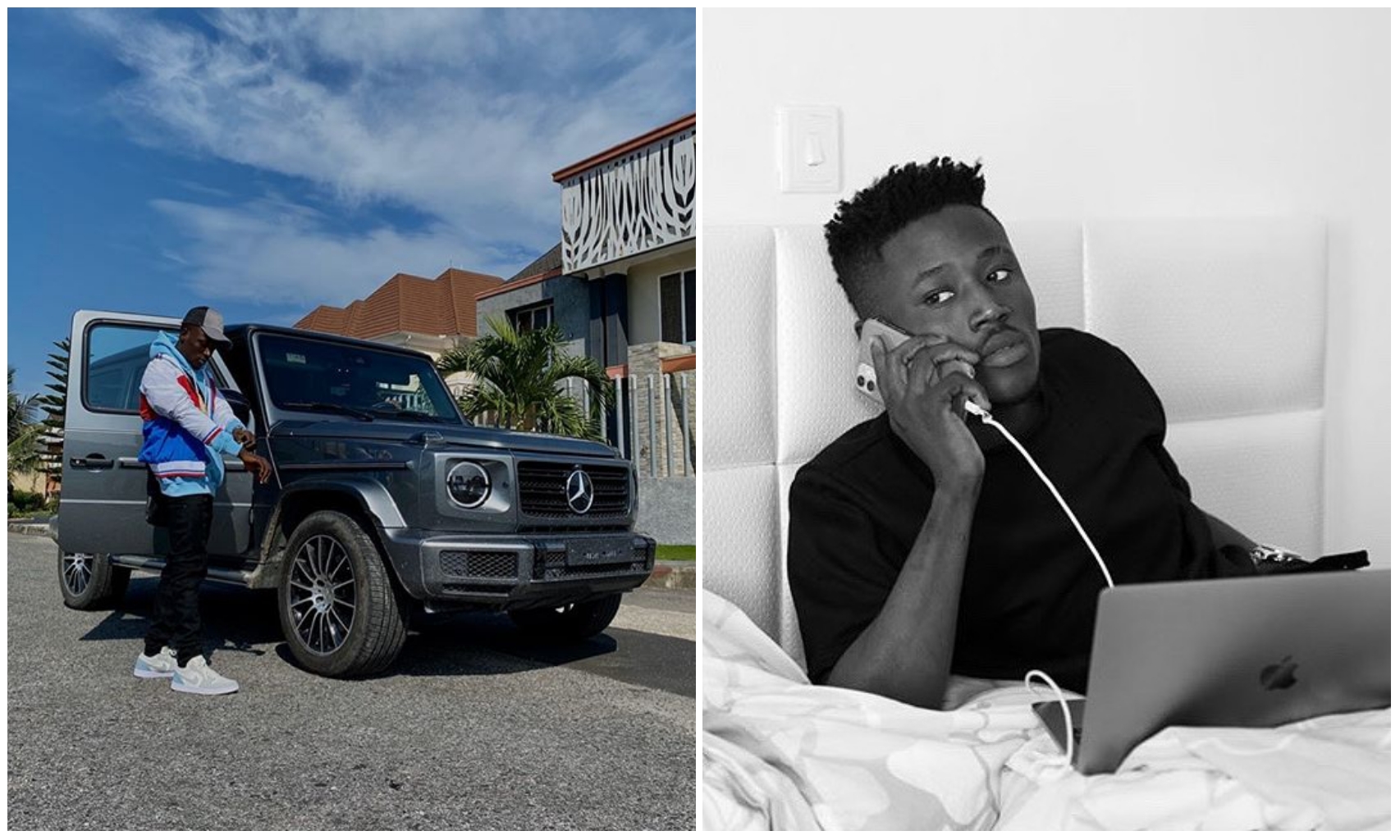 and he’s not taking it for granted as he appreciates all those who are involved in his success story.

Known fo his comedy skits on and off social media, Father DMW via a post onhis

official Instagram Page thanked DMW boss, Davido for the role he had played in his life.

career as well as Ghanaian actor and comedian, Micheal Blackson.

known across the globe.

Sharing one of his adorable picture, he wrote:

Appreciation Post….From riding okada in Lagos, washing cars for Celebrities to becoming an Influencer & Now Nigerian & American Celebrities all Know My name…. Abeg Say My name one more time so I know I’m not dreaming …God bless Davido, Zlatan, Michaelblackson, My followers and everyone that have been supporting me .? #Appreciationpost 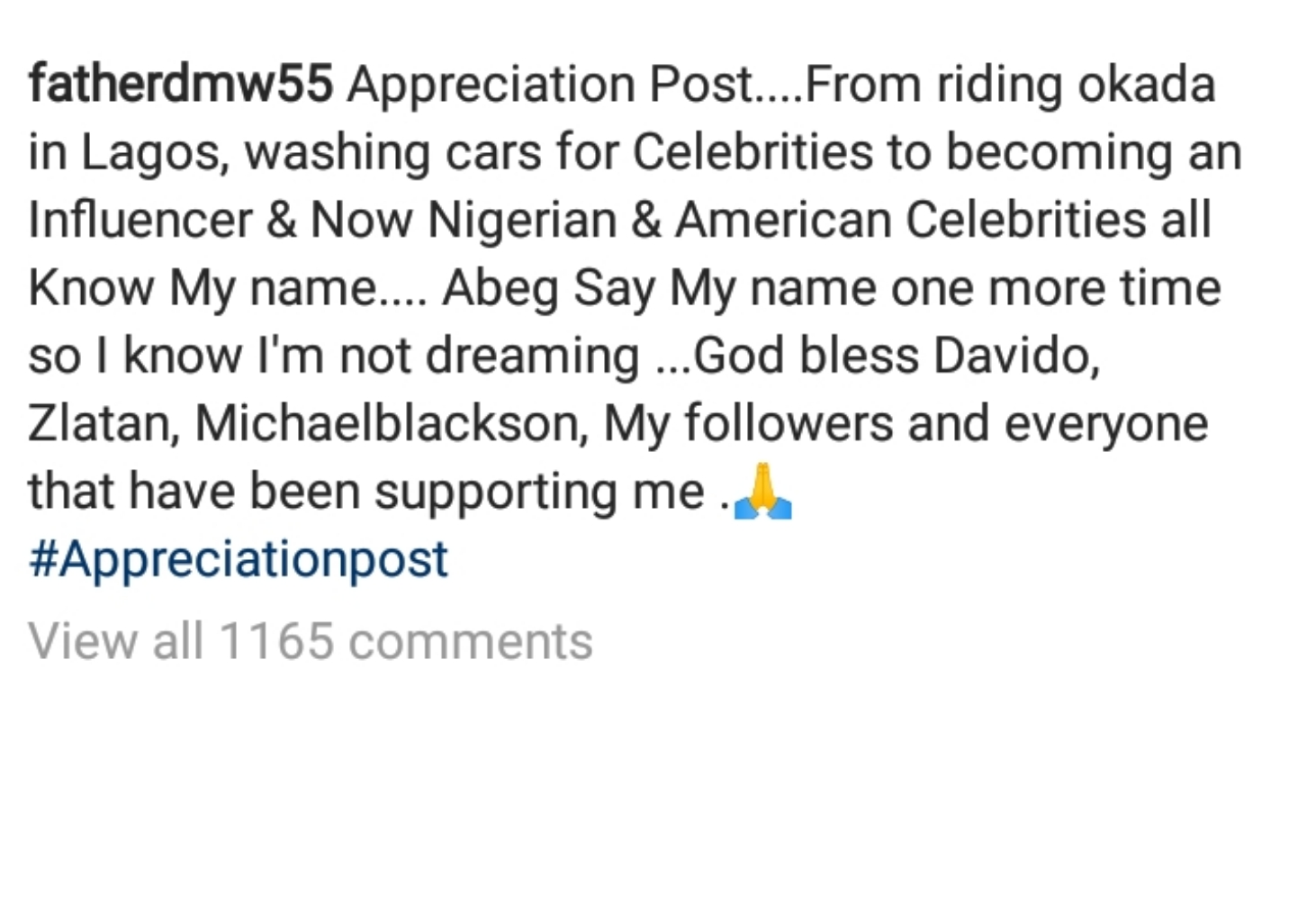 them thrilled with by engaging in a conversation with American model, Evss.

Their Instagram live show was one of the most streamed on the social media platform and this got him some new fans.