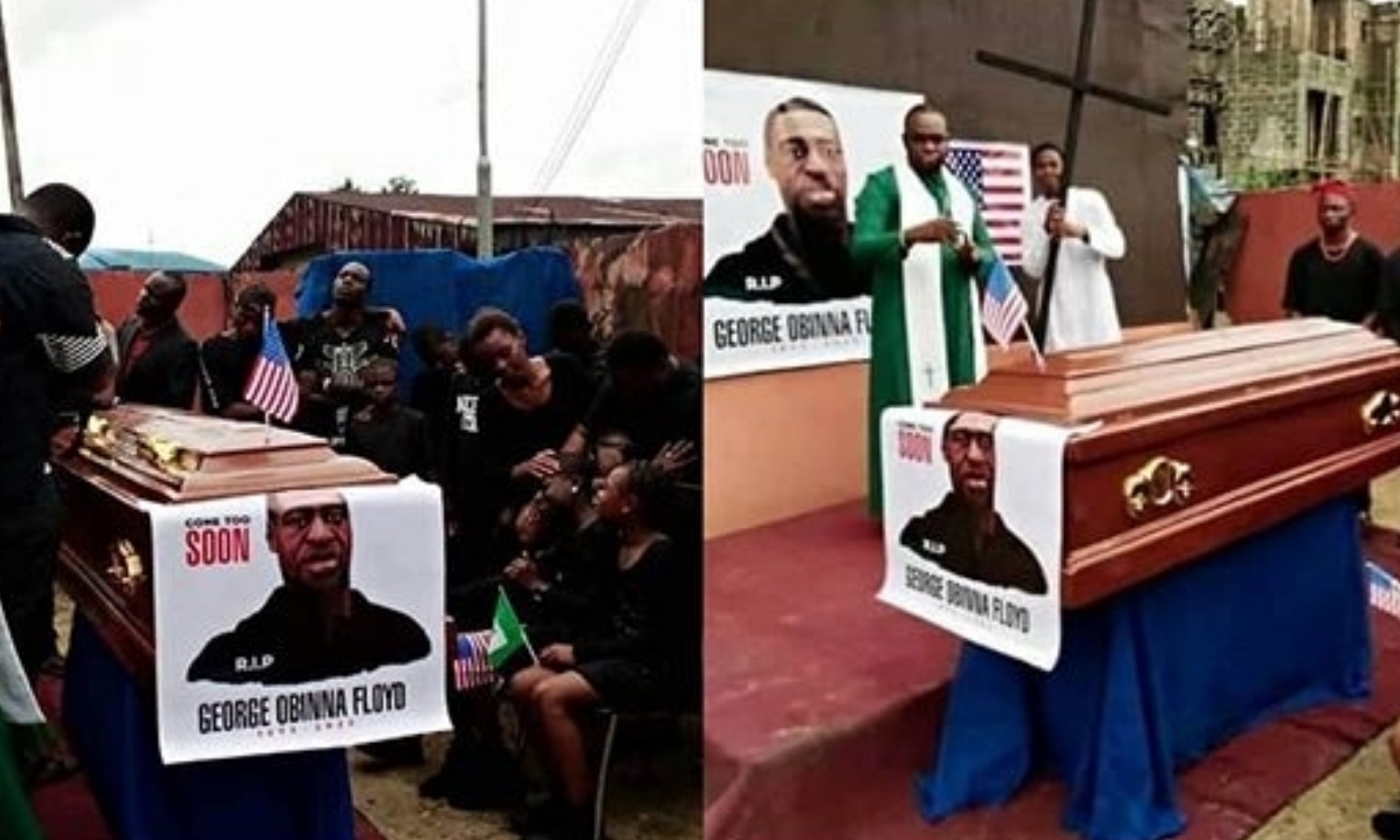 Speaking at the funeral which held recently, Pastor Okoro disclosed that,

him alongside with his ancestors.”

on May 25, 2020, during an arrest for allegedly using a counterfeit bill.

His death sparked a lot of protest across the world as people seek justice against the unjust killing of Blacks.

Hashtag BlackLivesMatters was created on all social media platforms and top personalities in all walk of life joined the fight.

See photos from the burial below:

What is the meaning of ‘Soro Soke’ – Tyler Perry ask as he joins...

Stay On Trend with this Fabulous Ankara Styles

Munakur Jantikur - November 16, 2019 0
Step into this weekend the proper way and steer the attention your direction. As we know, Saturdays are for weddings, parties etc especially in Nigeria....

Violette Johnson - November 4, 2019 0
Ex BBnaija housemate,Mike Edward gives fans a pep talk via his instagram post. The strong athlete,who has light up his couple Goals and objectives,uses his...

Violette Johnson - September 1, 2019 0
Popular Nollywood young actress, Regina Daniels does not intend on leaving the headlines soon. The controversial actress appears to be almost always in the news...