Self-acclaimed investigative journalists, Kemi Olunloyo has heaped praise on American president, Donald Trump for his relentless effort on the country. 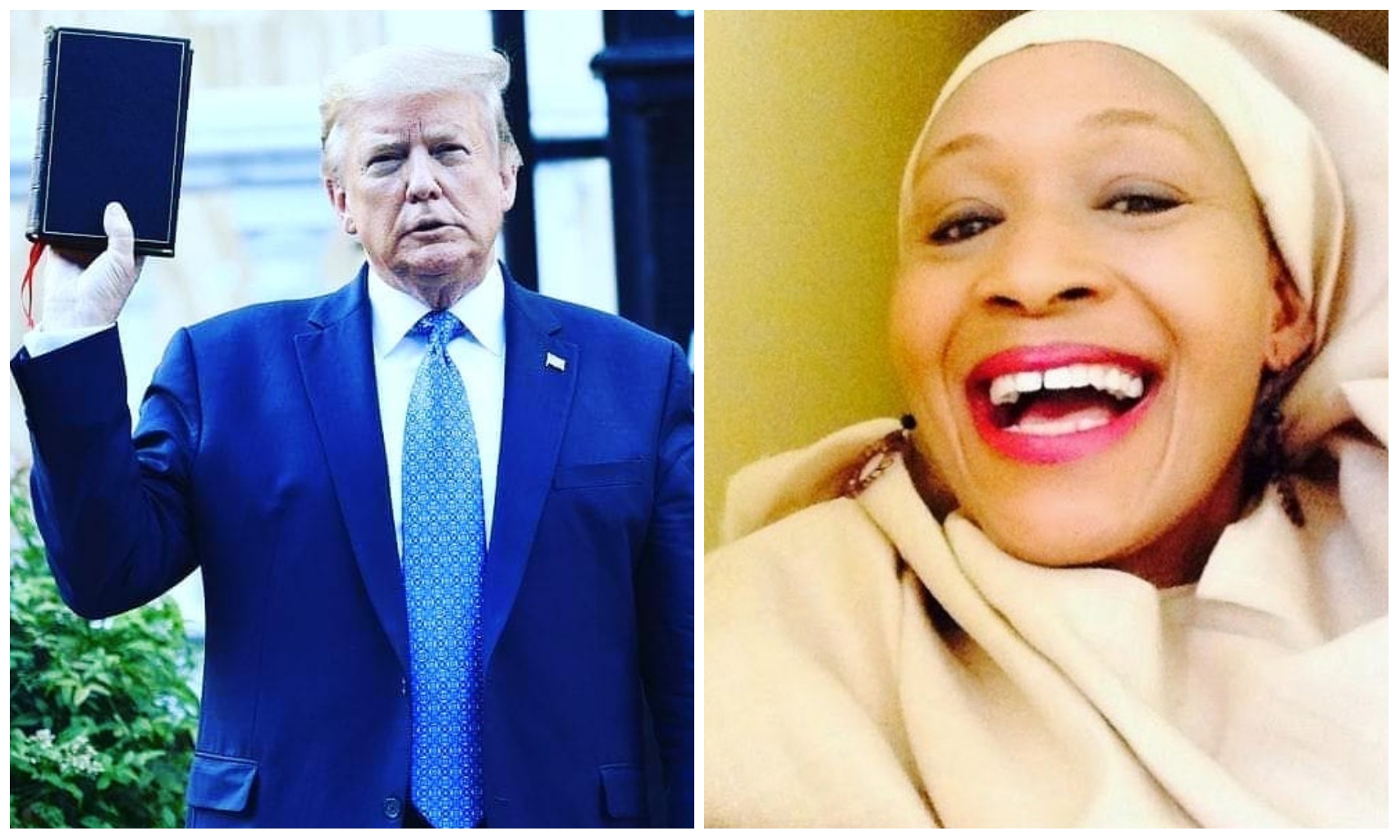 Olunloyo uses in labelling American President for the impact he has on her son life.

Coronavirus crisis as well as during the recent killing of George Floyd buy he has a big fan in Kemi Olunloyo.

will no doubt shock fans with her latest comments on the American president.

despite the protest going on across cities in the country.

Protest in the country have seen some people looting stores, a move that have seen the president stating that he might be forced to use military against them.

I was in Wizkid’s Pakurumo Music Video – Davido (Video)