Home Entertainment ‘He asked for s*x so i could get a slot at BBNaija’...

The fifth edition of Big Brother Naija show is yet to start but drama has started to unfold as a lady calls out organisers of the show. 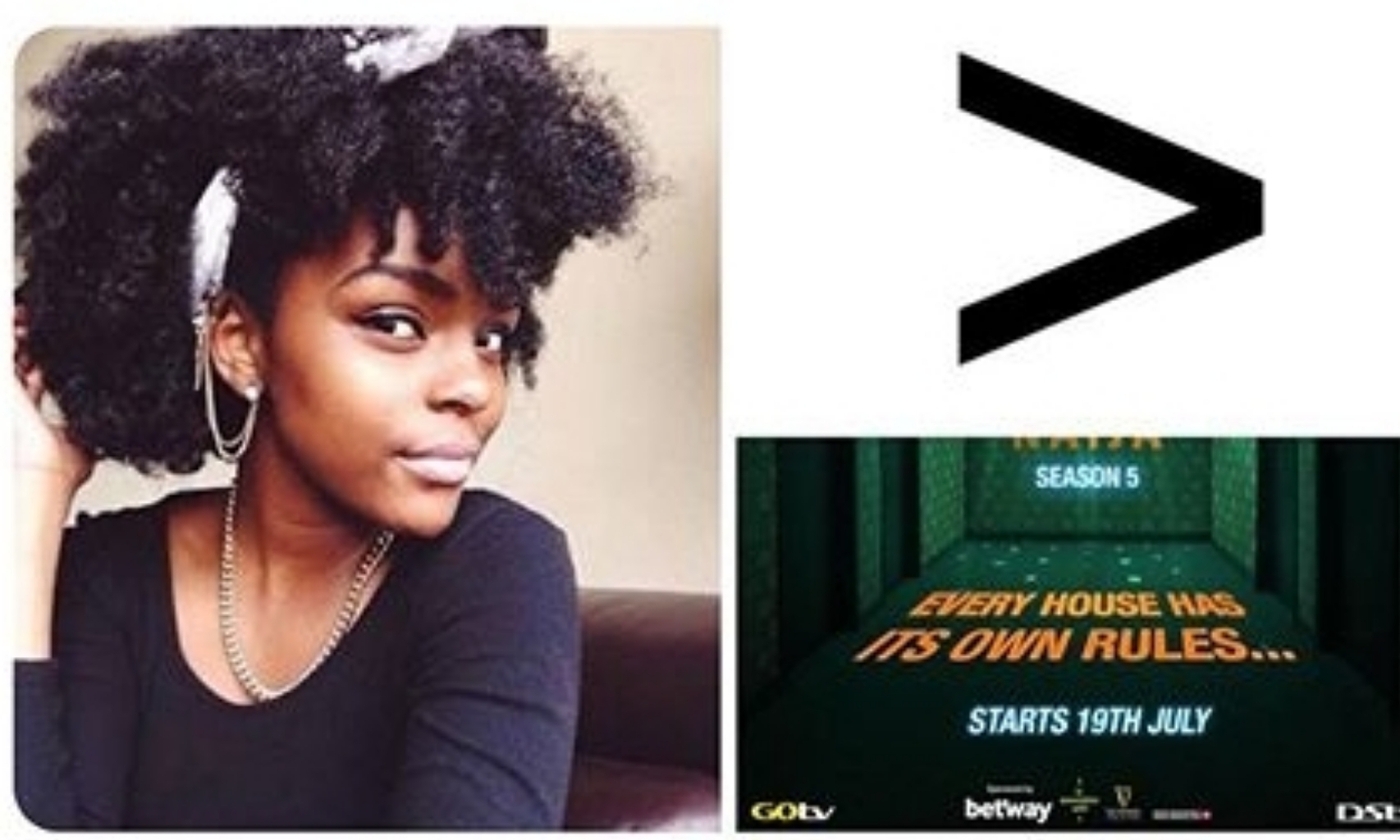 as people are camped in a house for a number of days trying to win their way to stardom.

been overshadowed by a controversy on how housemates are being choosed.

According to a lady on twitter with handle Ameera Yusuf, a man named Olushola

Akande who is part of the organisers asked fot sex in exchange for a place at the show.

sell her body just because she wants to make an appearance at the show.

Olushola have been trying to take advantage of people just to feature at the show.

this year will be the highest in the history of the show.

million naira and have been signing endorsement deals ever since then.

It’s now left to see whether the accusation against the organisers of the show will make the show lost its credibility and integrity. 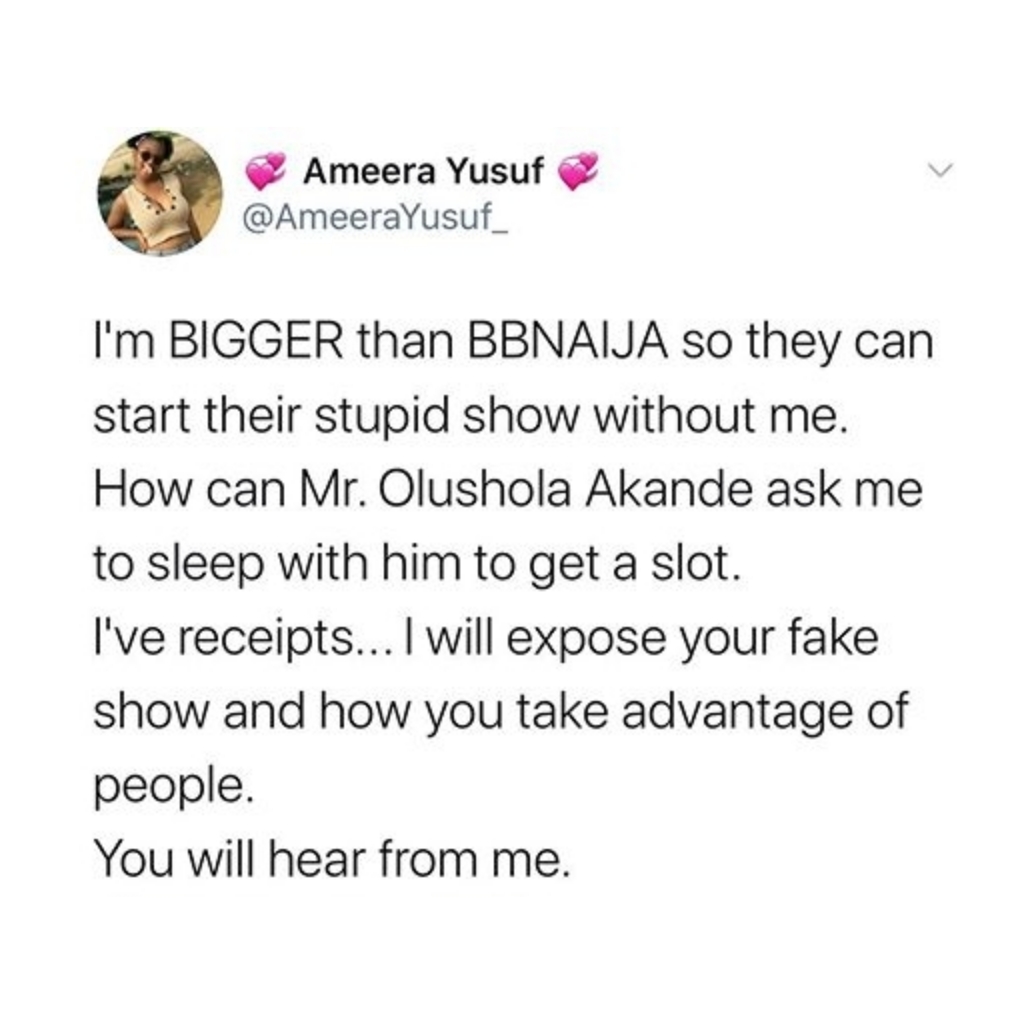 “My dirtiness is clearer than your future” – Tacha silence troll

“A woman is not defined… ” – Instagram model states her opinion