Home Entertainment Hushpuppi has been transferred to a US prison – Kemi Olunloyo update...

According to Kemi Olunloyo via a post on her social media platforms, Hushpuppi

have been transferred to a US prison she failed to mention.

news about happenings in Nigeria and around the world.

authorities hours before his pictures in handcuffs surfaced online.

Fingers are crossed on the next update Kemi Olunloyo will reveal concerning Hushpuppi’s case with the FBI. 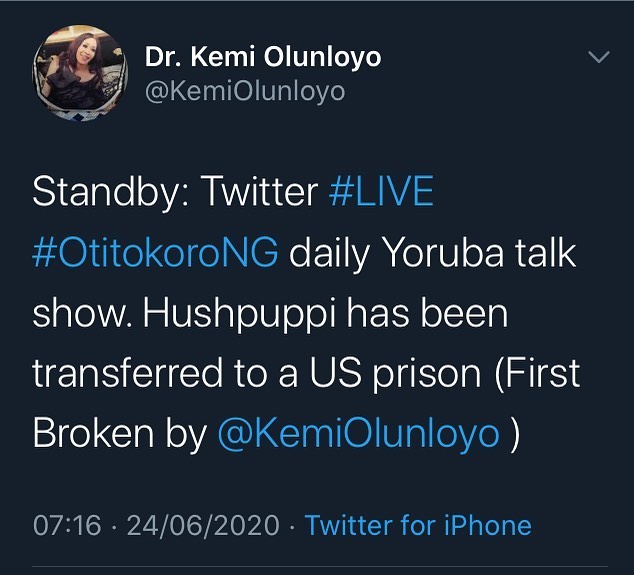