Home Entertainment ‘If you are gay let us know’ – Fans blast Adedimeji Lateef...

Nollywood actor, Adedimeji Lateef have been attacked by fans on social media for dressing like a woman while trying to do a funny skit. 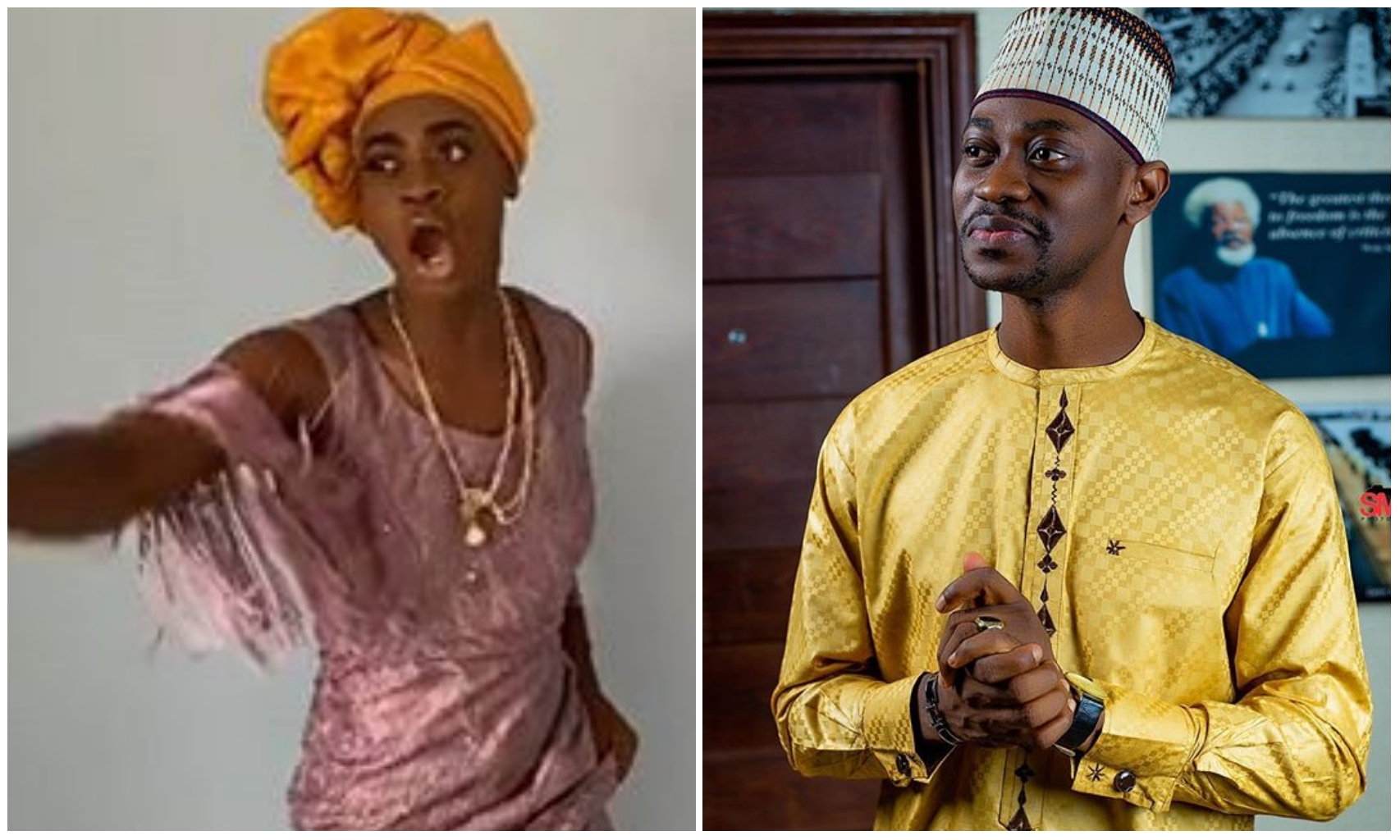 not to get attacked by some of their fans who sometimes are not pleased with it.

while some just overlook reactions on their page.

with his mode of dressing despite he’s trying to make a fun out of it.

However, some anxious fans who were so disappointed with his dressing slammed him

and asked if he’s a gay or not.

A fans also asked him to stop his lady drama as the spiritual implications will not see it as a joke when it finally happens.

understand what he’s trying to pass across. 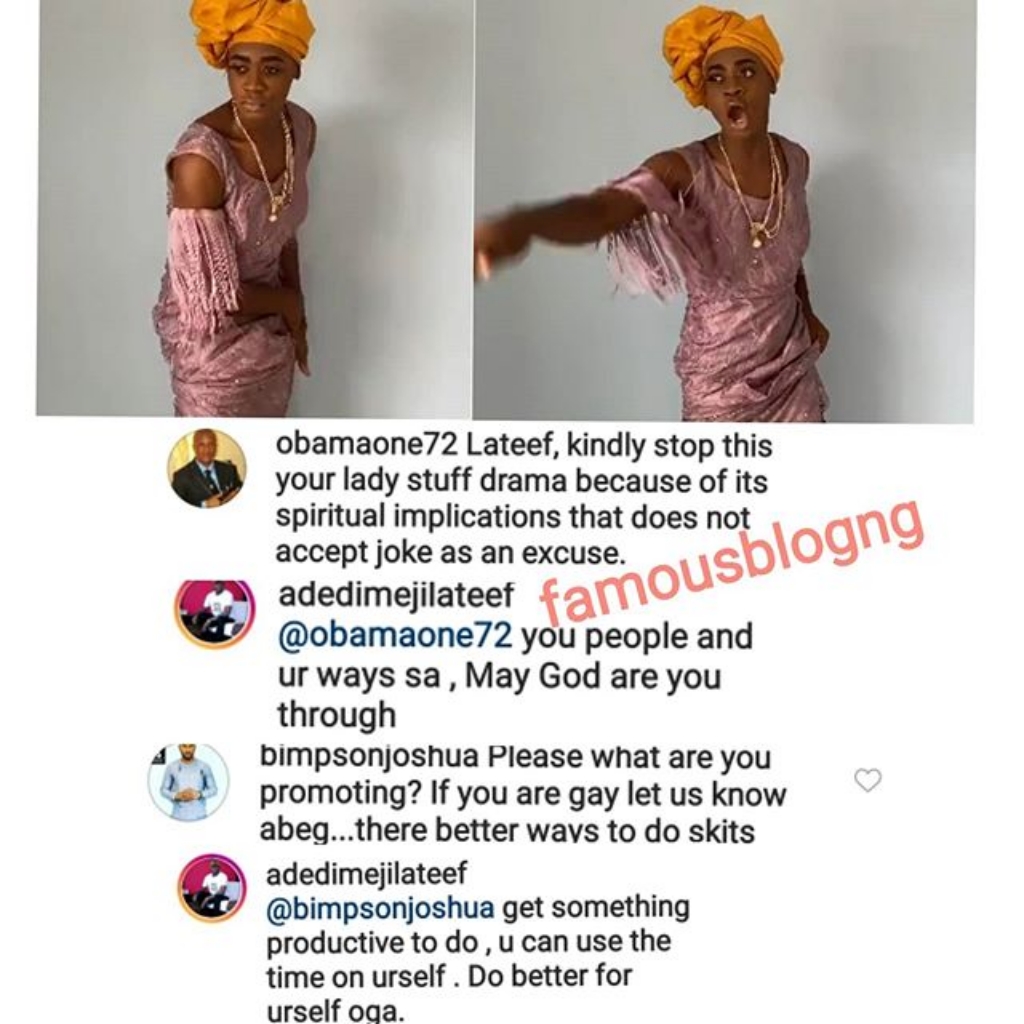 This is not the Adedimeji Lateef will be facing trolls on his Instagram Page and it won’t be surprising if he gets trolled in the next few days over his post.