Home Entertainment It’s like a demon takes over these people – Toke Makinwa reacts...

Popular media personality, Toke Makinwa have reacted to the ongoing drama involving Lagos Lawmakers and the citizens over the usage of social media in the country. 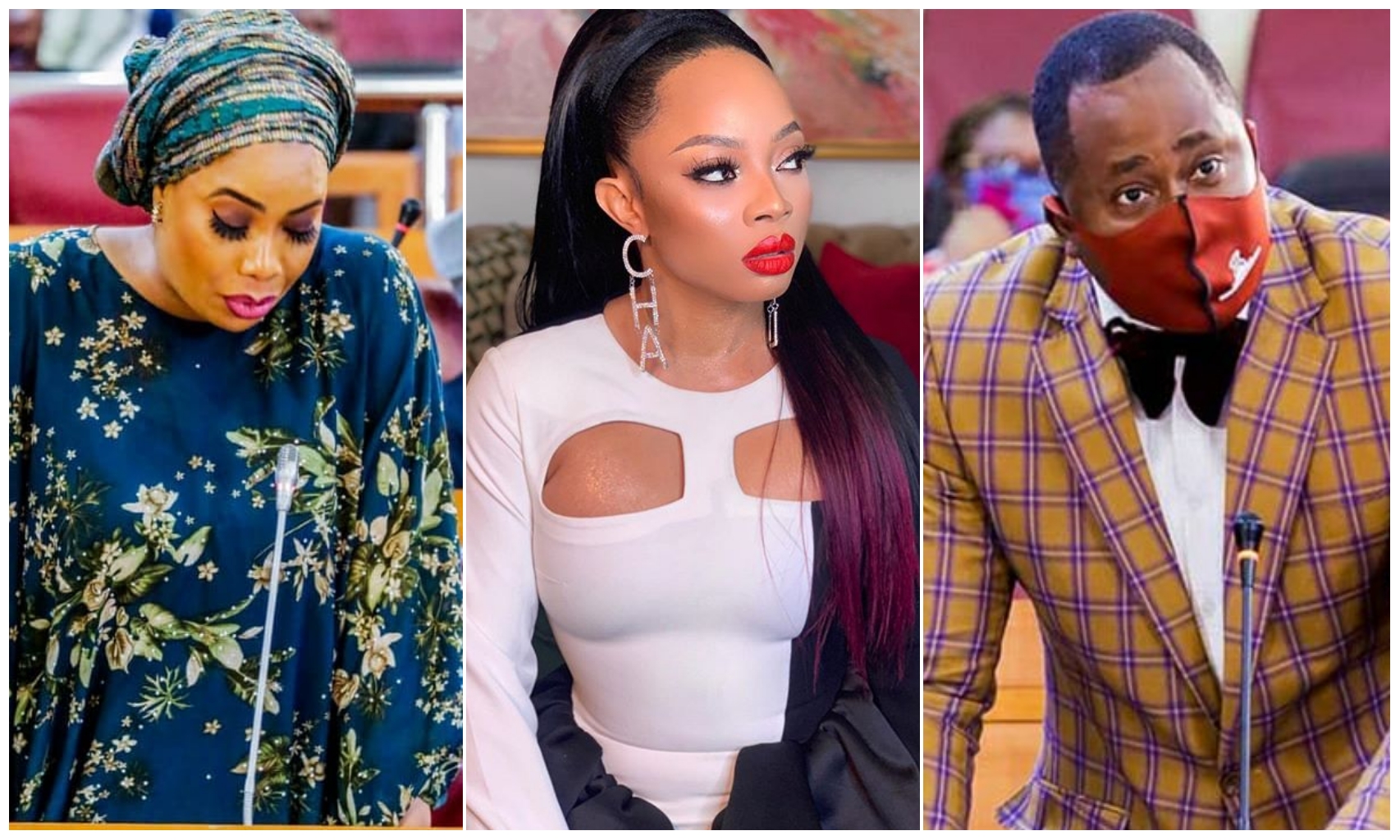 debating on the regulations of social media went viral online with

former Nollywood actor, Desmond Elliot labelled as the brain behind the discussion.

drug abusers, have also been accused of using Covid-19 palliatives meant for

her constituency as a souvenir during her birthday.

With the discussion still trending on social media, Toke Makinwa took to her account

behaviors once they are voted in.

According to the beautiful screen diva, the disconnect after the politicians are voted

they are in power.

See her reaction below: 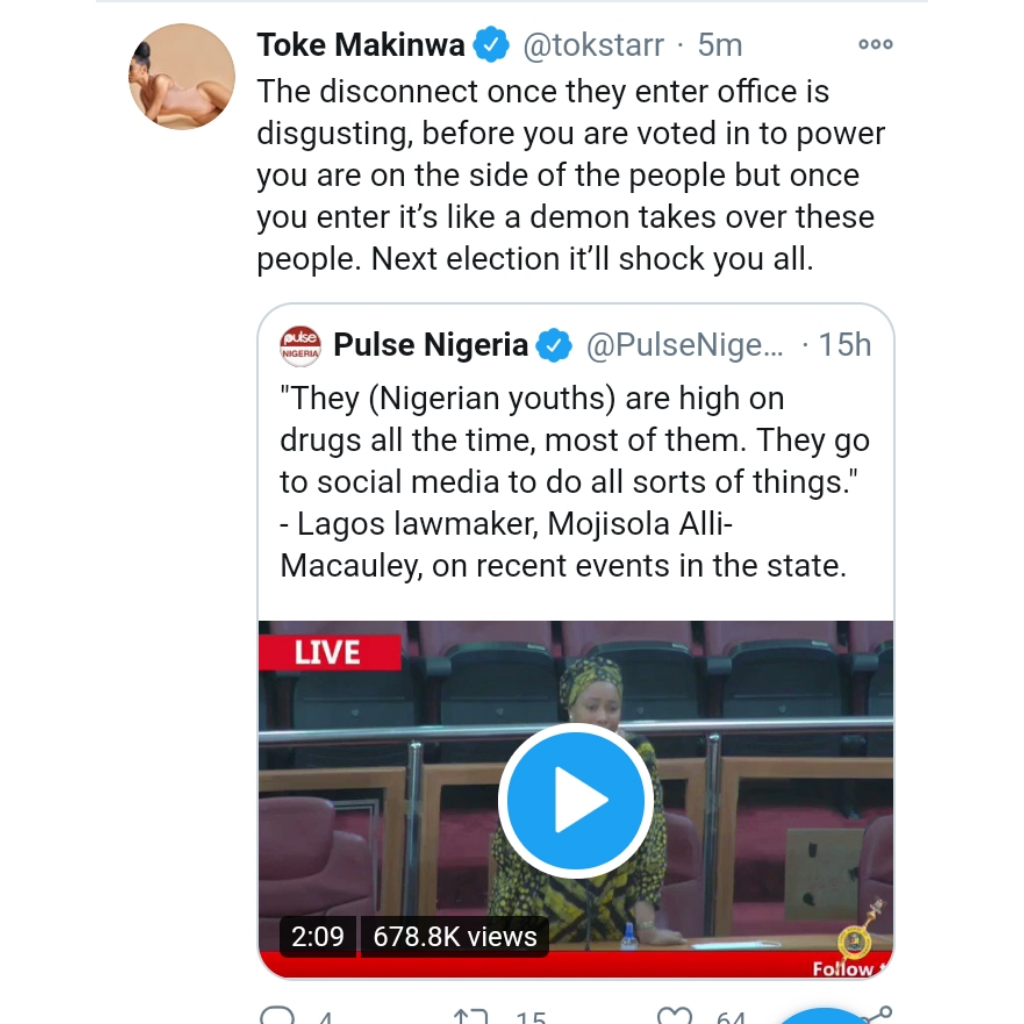 After being neglected by Nigeria, Francis Obikwelu reveals how he became Cristiano Ronaldo’s personal trainer (Video)