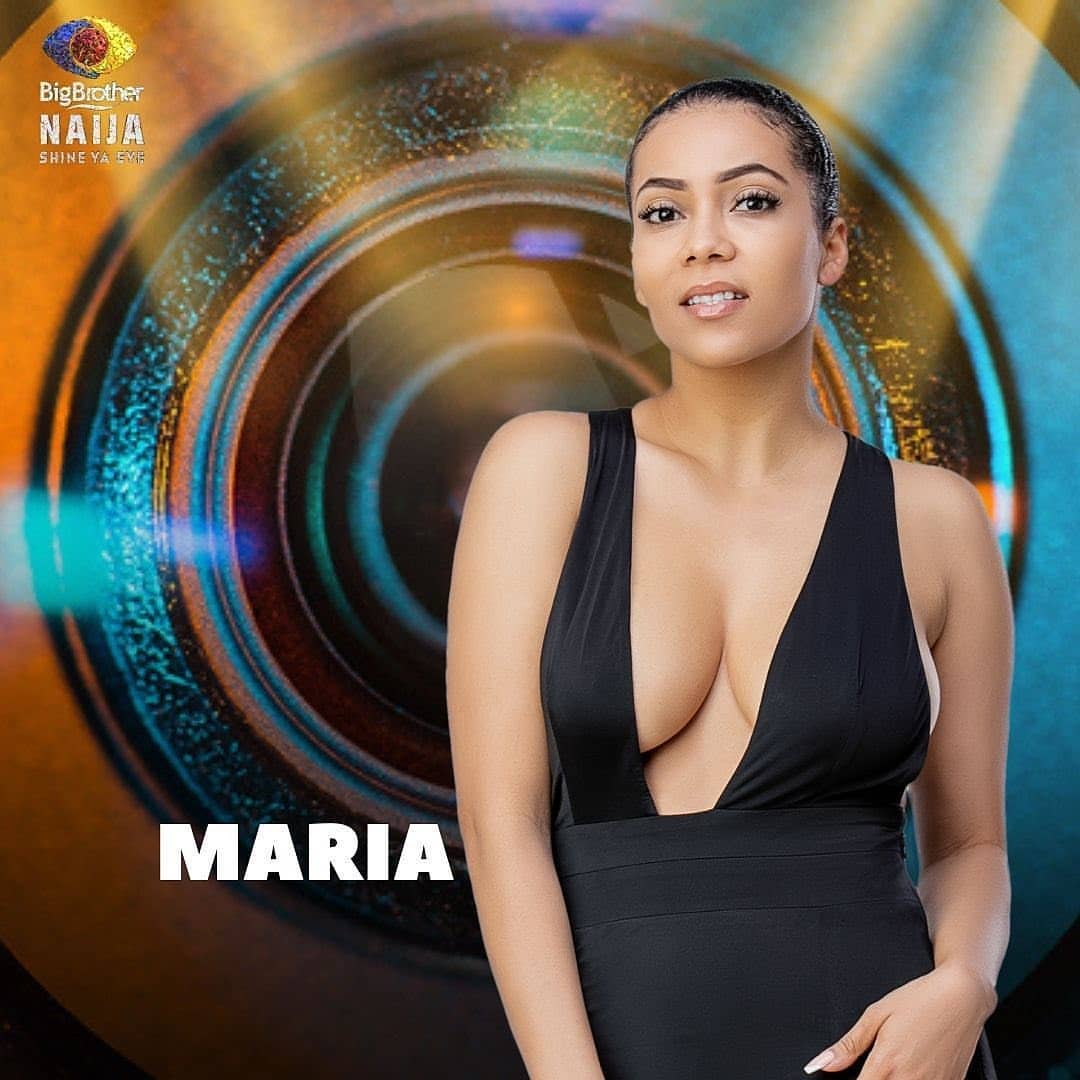 It would be recalled that Maria was finally confirmed as one of the housemates at the show after her colleagues failed to recognize her as a wild card.

Maria has now started her adventure in the show with the aim of winning the grand prize of 90 million naira and she had a conversation with housemates last night.

The five housemates up for eviction will be hoping their fan base keeps them in the house by voting ahead of the first live eviction show.

In other news, popular Instagram socialite and businessman Mompha has debunked rumour that he was advised by EFCC to maintain a low profile on social media after Hushpuppi was arrested by the FBI.

Mompha in a lengthy post on his official Instagram account revealed why he has been quiet on social media for the past few months, adding that he’s not a fraudster. (Read Details Here).