Home Entertainment Men our mothers are producing lately are stup!d ‘He Goat’ – Bobrisky

Controversial cross-dresser, Idris Okuneye popularly known as Bobrisky have once again request one of the main reasons she left the male group as he noted that men of nowadays are he goats.

anytime soon as he attacks men.

‘Lockdown’ housemate noted that men that are being born nowadays are stupid he goat.

reacts to the high rate of domestic violence in the country.

According to the Instagram male barbie, a fans send him a picture of herself with a

plastered face after receiving the beating of her life from her husband.

Not too pleased with this, Bobrisky attack people who are used to begging women to

he ask if they will resurrect her if she ends up dead.

Bobrisky who couldn’t hide his displeasure noted that this is one of the reasons he had to become a cross-dresser. 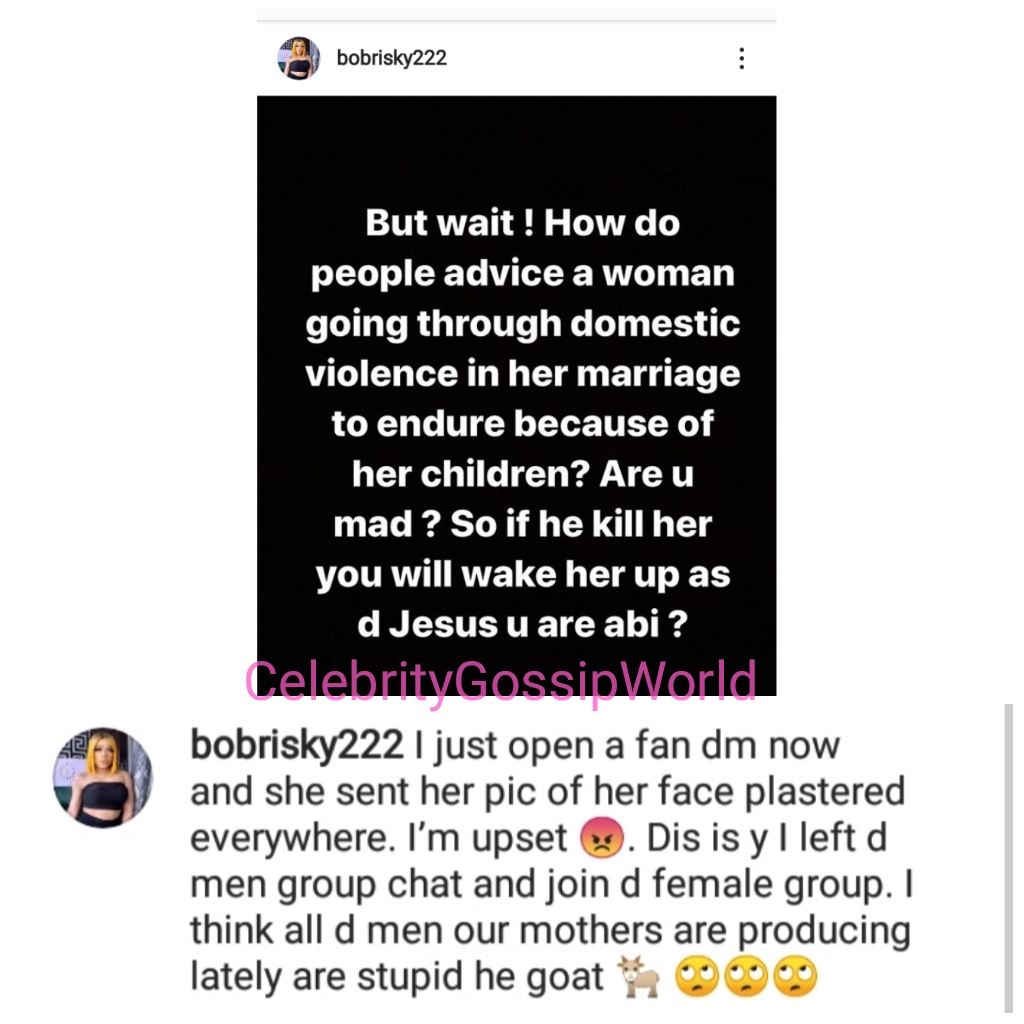 will no doubt ignite the wrath of some fans who might not be impressed with his statement.

#EndSars: Marcus Rashford lend his voice towards abolishment of SARS