Endowed and curvy Ghanaian actress and model, Moesha Boduong has taken the role of a a counselor in her new post on social media. 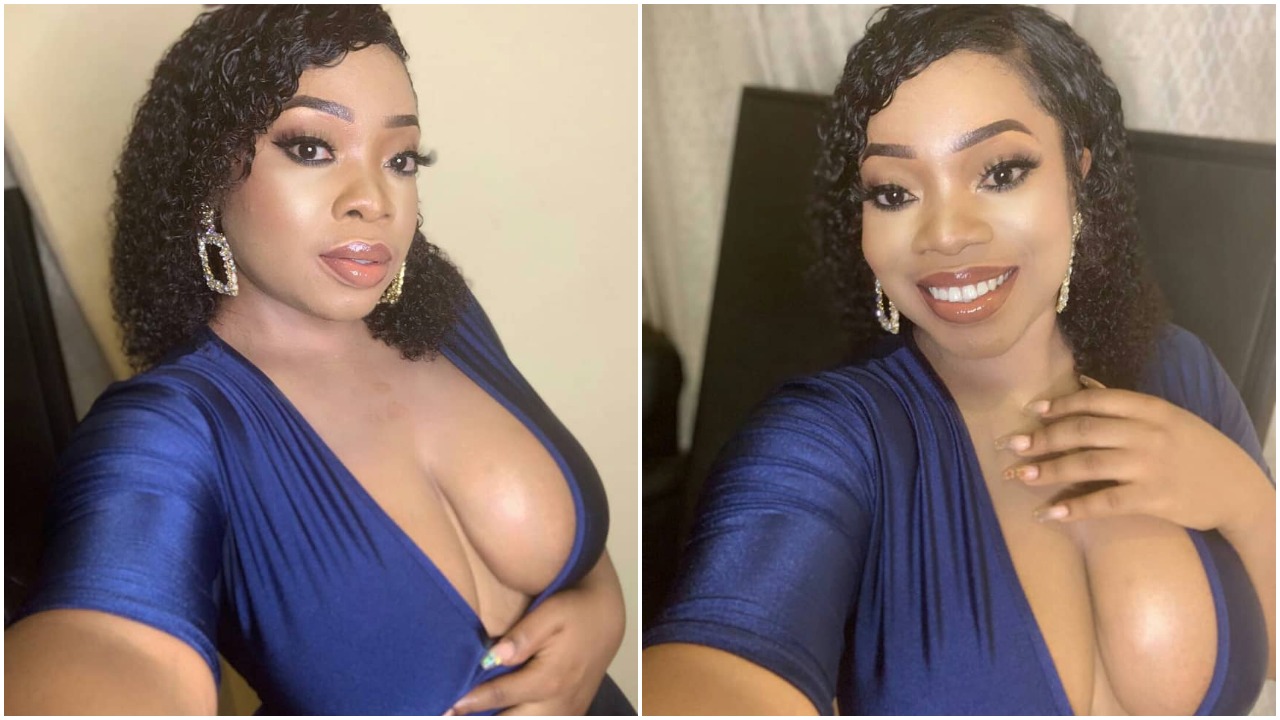 without tempting them with her endowment.

them on the need to stay focused and not let the past hurt them.

Dressed in a red trousers that was well complemented with a black top,

Moesha Boudong’s advise will surely be understood by her fans who are already admiring the beauty on show.

See the sexy picture she used in motivating fans below:

Be kind to the past versions of yourself that did not know the things you know now .

Nigerian lady insist that bobrisky didn’t do any surgery (screenshot)