Ex BBNaija star, Tacha has just silence a troll in an unbelievable manner as she show the

when she posted a sultry picture of herself in a black bikini.

noted that she’s just one of those dirty girls.

Not ready for such negative vibes on her page, Tacha fired back in a way no one would

have to expected as she slammed him and noted that her dirtiness is more clearer than his future. 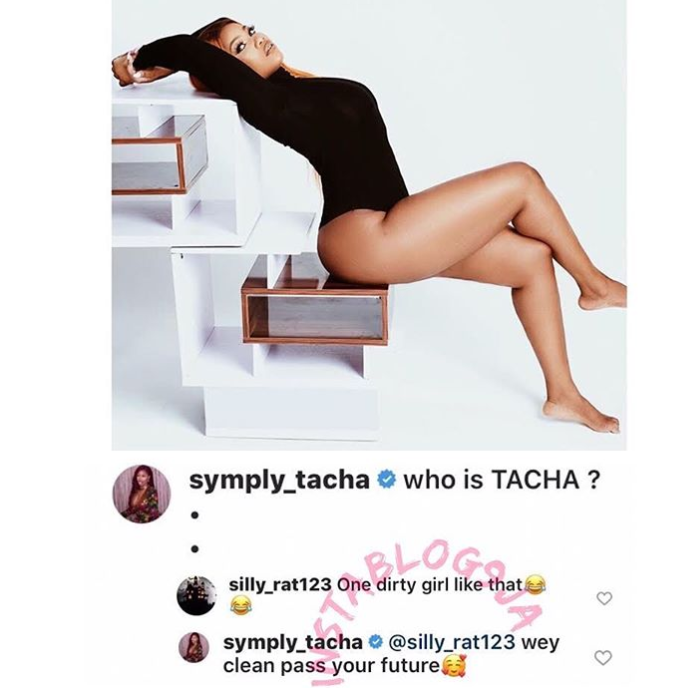 brother naija house has never backed out of the a conversation with trolls on social media.

sure all trolls trying to attack her end up licking their wounds.

hashtags on micro blogging site, Twitter, a move that will continue.