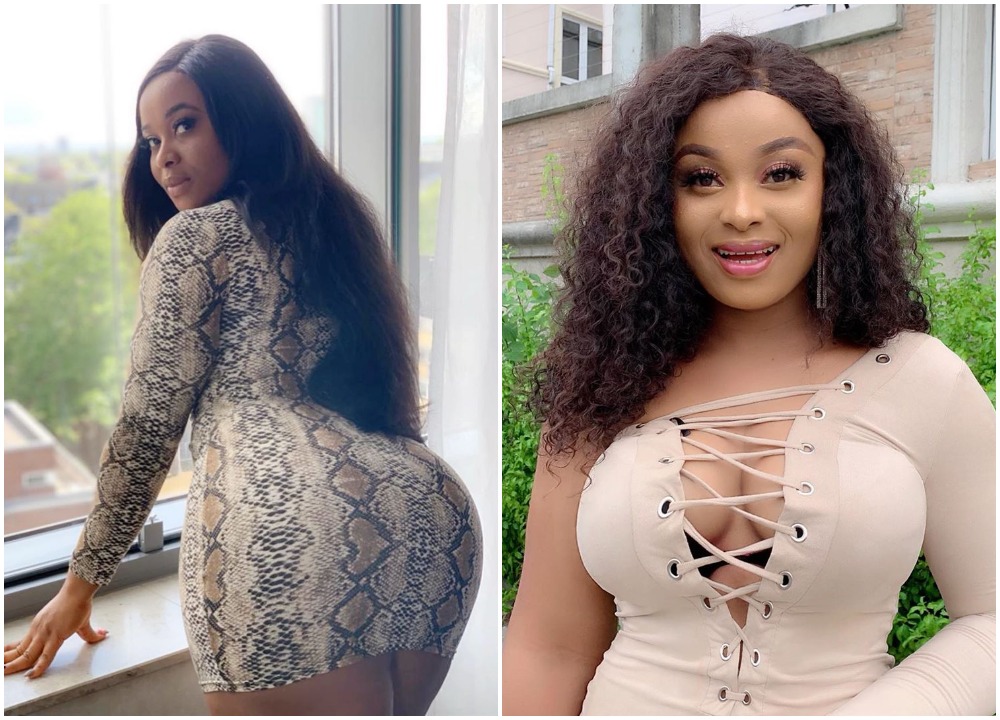 photos saying “Na So So Yansh you Dey Show ” you single word of wisdom for your fans.

defended her , even before they did Inem Peter herself took the troll to the cleaners as she

she labeled him a bad child.

Inem peter has been known for posting racy photos and videos on her Instagram page,

the fasting rising actress who hails from Akwa Ibom state in 2017 told Vanguard News that she she cant date an actor because most of them are also broke. 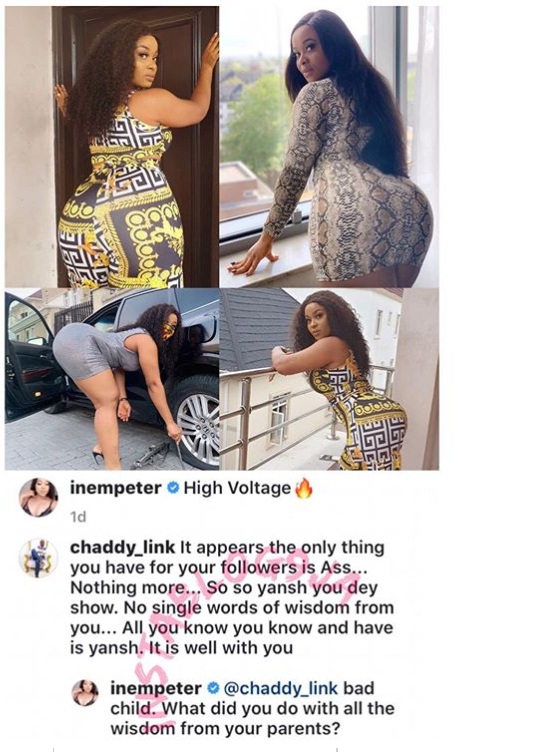