With Nigerians currently fighting the battle against rape in the country, a man on social media has threatened to rape the new child of Adekunle Gold and Simi. 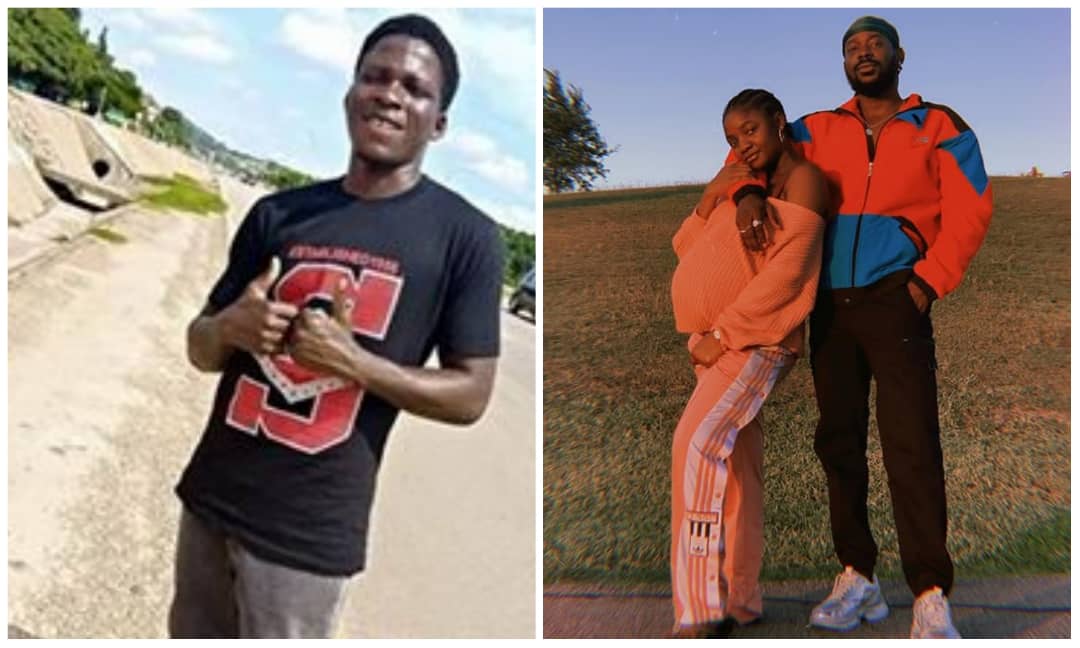 together on the 5th of June but shared the great news to fans and followers on the 7th of the same month.

With fans followers and celebrities in the industry still celebrating the great bundle of joy,

a man named Wisdom Obi on micro blogging site revealed that he will be raping her when she turns 18.

that he father immaturity will affect her.

As if that wad not enough, Obi stated that he would be raping her when she clocks 18

before writing about rape and how good it is.

See screenshots of his tweets below; 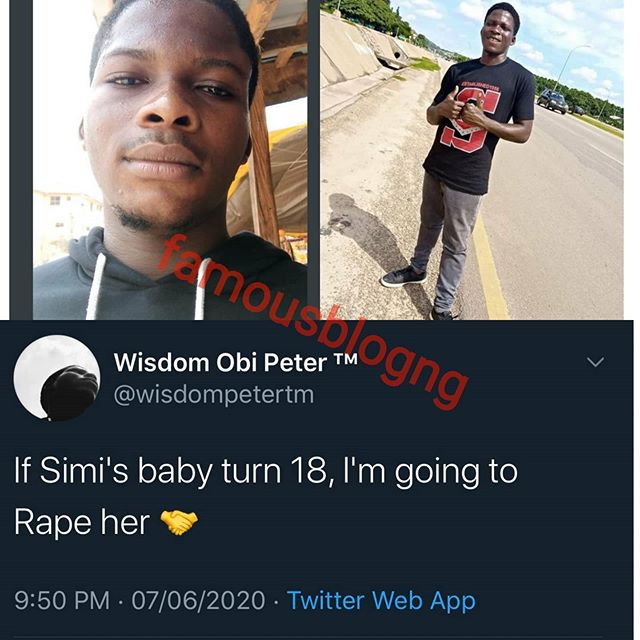 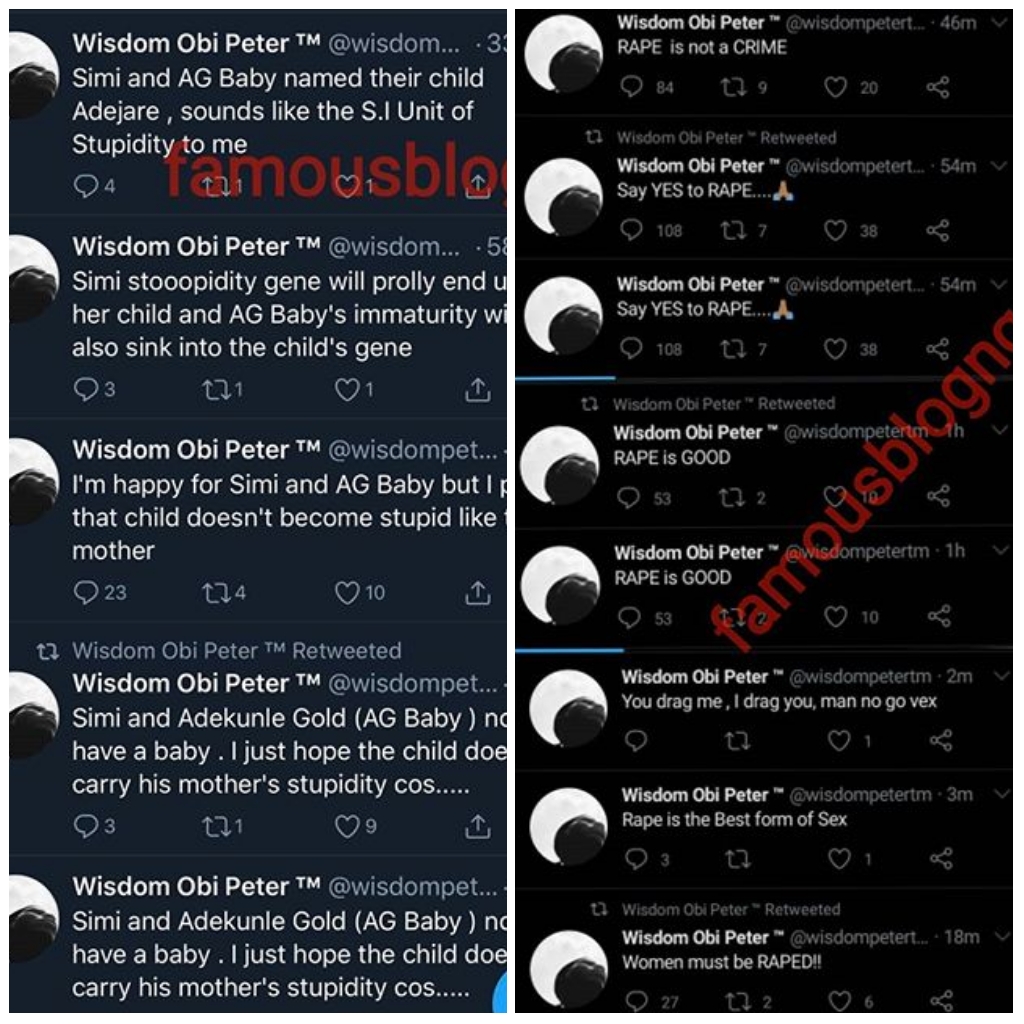 Rape issues in the country have become a major concern as new case of the bad incident are being reported on a daily basis.

Fans will also be delighted if he gets arrested and made to face the law as this will go a long way on those that are planning in venturing into such act.

NOT DEAD but alive as Kechi Okwuchi celebrate another year

“My company send me 185k monthly since Lockdown began, leave Nigeria if you can” – Nigeria lady in diaspora advise