A Nigerian man based outside the country has joined the fight against the killings of blacks across the world and did so in a bizarre manner. 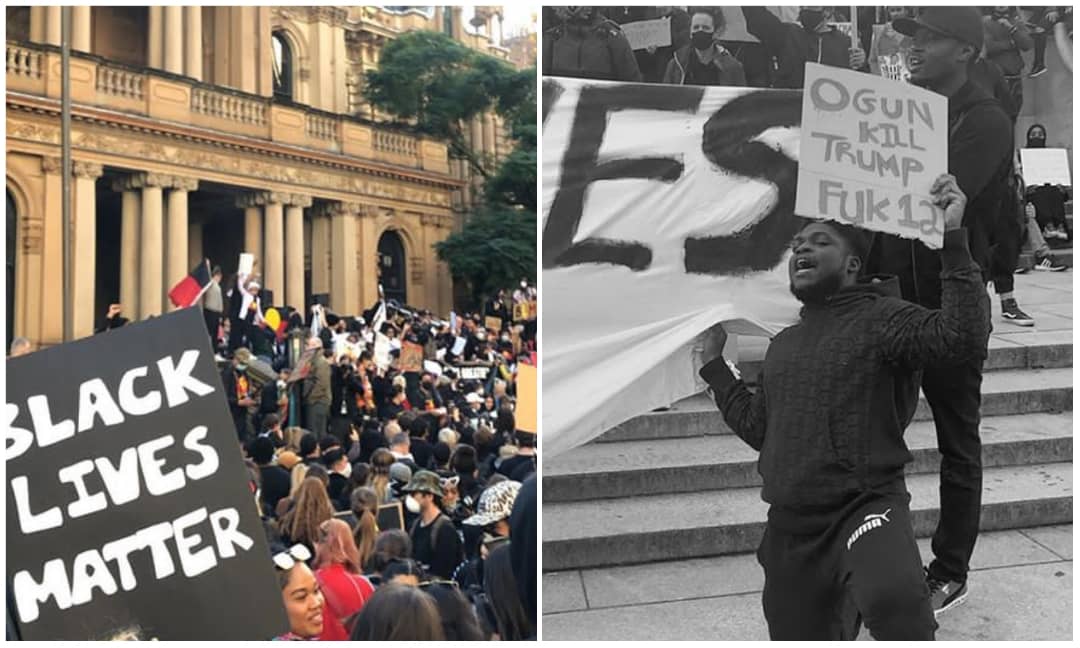 It no longer news that the death of George Floyd has sparked an outrage across the globe as blacks take to the street to protest against racism that is killing more than the deadly Coronavirus.

There have been different protest in different states as citizens could be seen carrying placards that have a lot of inscription on it with all still sending the message that enough is enough.

However, a Nigerian man has raised eyebrows on social media with what he wrote on his placards, a bizzare word that no one would have expected.

The man who could be seen in the street voicing out his displeasure wrote a word that most Nigerians will be shock to see.

See the Nigerian man protesting and what he wrote below:

We had to learn that we're beautiful. We had to relearn something forcefully taken from us. We had to learn about Black power. People have power if we unite. We learned the importance of coming together and being active.. ✊🏿✊🏿✊🏿✊🏿✊🏿✊🏿 #BLM…

Protest are still ongoing in various states across the world as the hashtag Black Lives Matters continue to trend on social media.

Davido And His Fiancee Chioma Allegedly End Their Relationship