Tinubu returned to Nigeria on Thursday, 6th September after he visited his son and his grandchildren at their home in the United Kingdom.

The news of his return was confirmed by his campaign spokesman, Festus Keyamo. Reacting to his return Eniola stormed her Instagram story to express how delighted she was over his return.

The actress who is all for Tinubu has boldly come out to express her support for the presidential hopeful, Tinubu.

Although severely slammed by Nigerians the star has refused to give up her support for Tinubu as many have accused her of collecting millions of naira to support him.

Many accused her of selling her votes, while some advised her to stay far from politics, according to them, celebrities shouldn’t be involved in political campaigns. 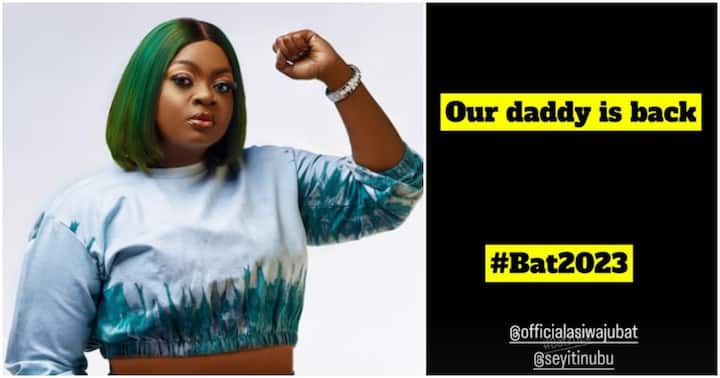