Home Sports “I told you I’d give you my shirt” – Paul Pogba shade... 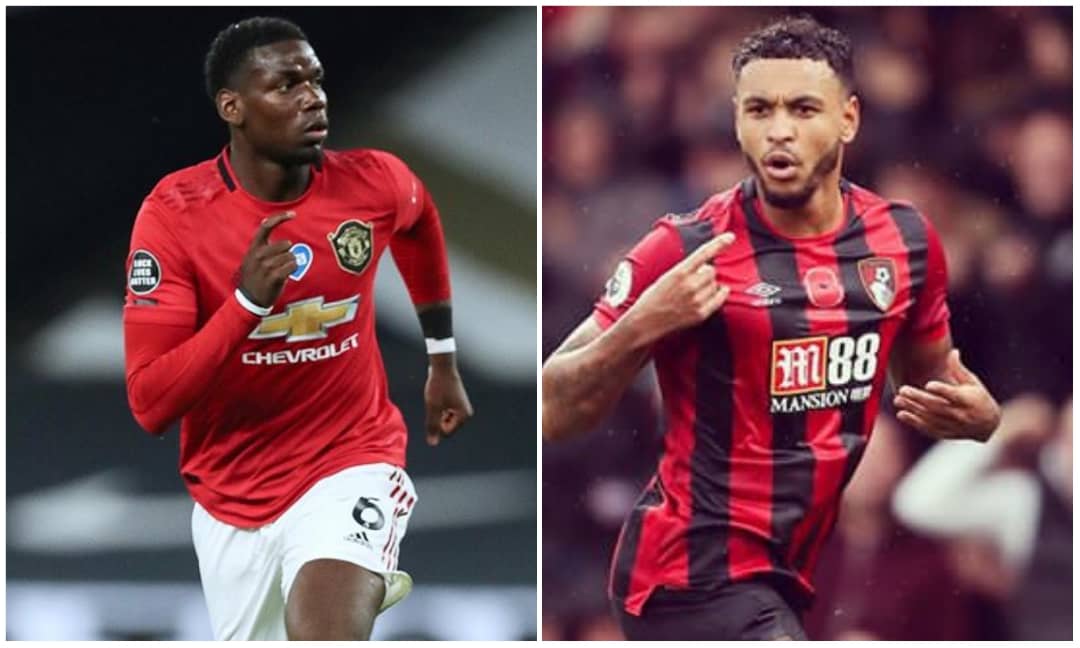 goals to two but Paul Pogba who was not on the score sheet had something to celebrate after the match.

heart of United midfield shaded Joshua King who tried to mark the ball from him during the match.

dazzling and captioned with an hilarious message.

his shirt from his body despite he had promise to give him after the match. 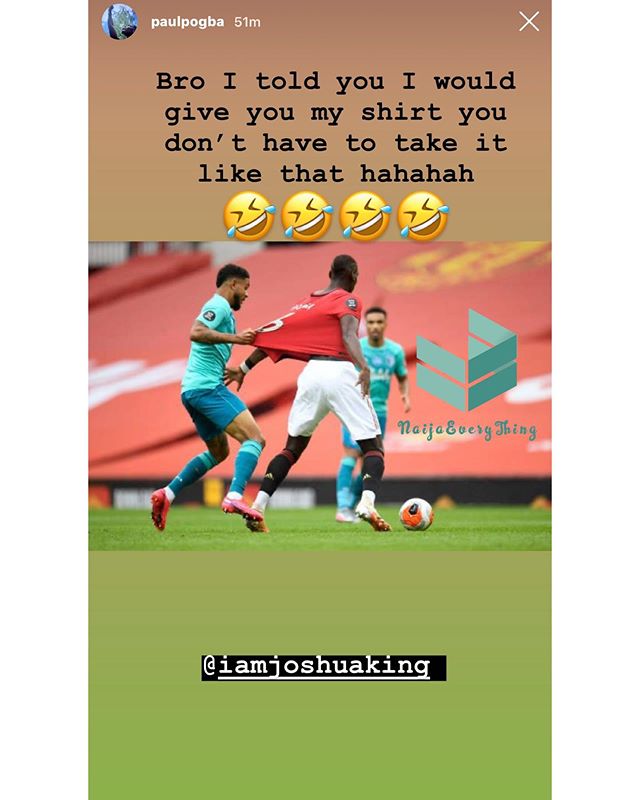 who sit in fourth place and three point adrift of Leicester who are currently occupying fourth position.

“I was in Gabon when the lockdown happened” – Reekado Banks