Home Entertainment Protest will give women husband this year more than Shiloh – Toke...

Media personality, Toke Makinwa have stated that the ongoing EndSars protest going round the country will give women more husband this year that the annual Shiloh program. 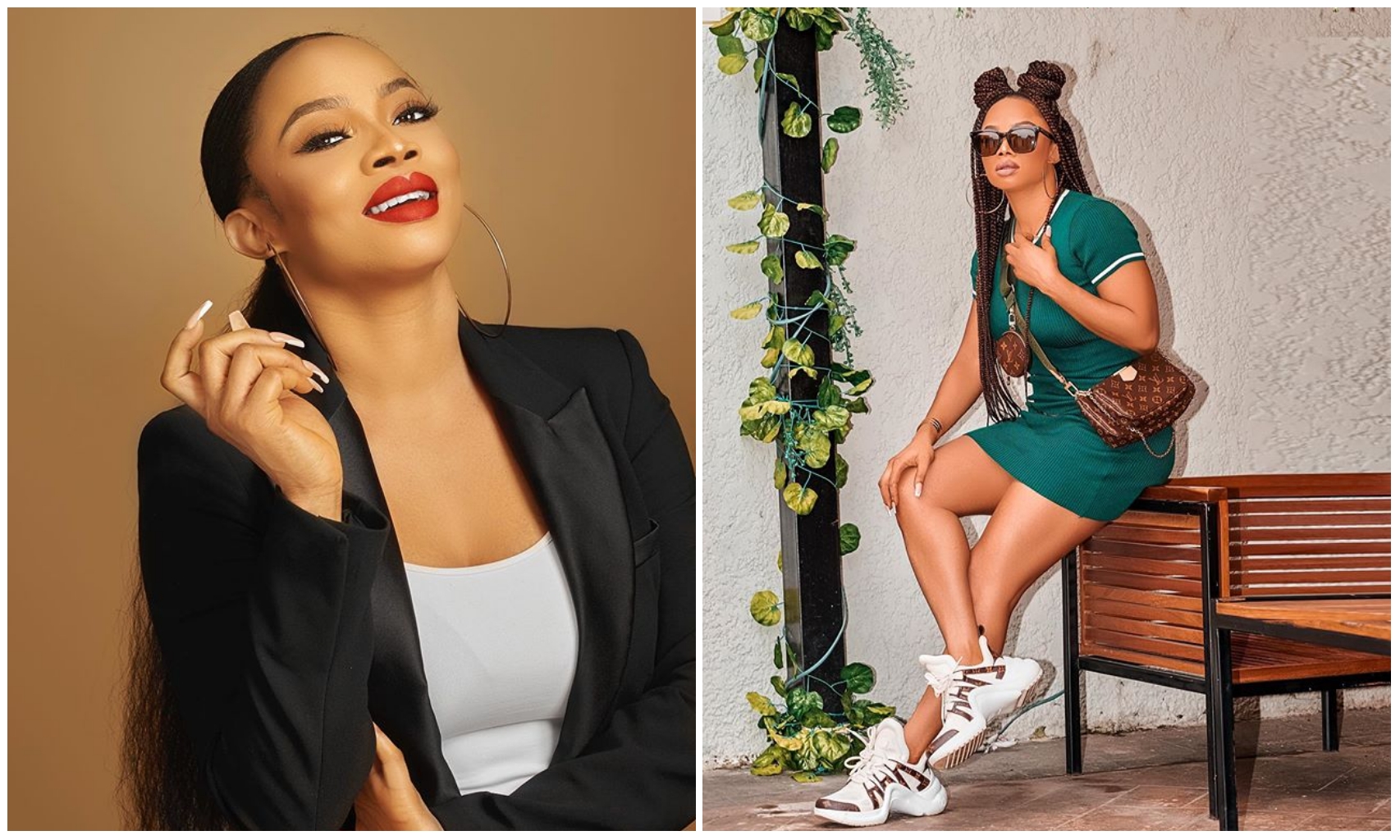 being held on a daily basis including on Fridays and Sundays.

allowed to worship their God on Sunday, a move that have been applauded by

Nigerians on and off social media.

And as another week starts today, Toke Makinwa who have been consistent

in showing face at protest noted the advantage that comes with

being at the protest.

According to the beautiful screen diva, this year’s EndSars protest will be giving a lot of

single women as they will be having the opportunity of meeting their missing rib.

women and men across the country. 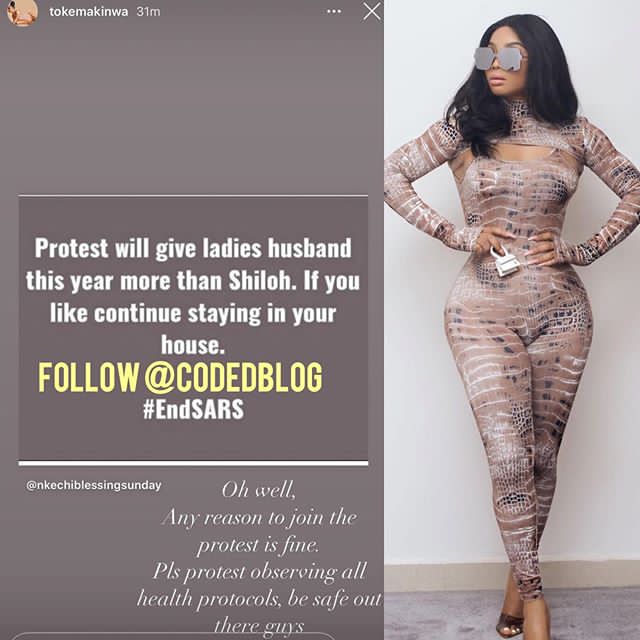 With protest still going on across the country, some protesters are starting to give testimony on the messages they’ve been receiving via their DM.