Club manager of French league side,  Paris Saint-Germain (PSG), Thomas Tuchel has made it clear that without a reliable replacement of Brazillian forward, Neymar, he won’t be given permission to leave the club. 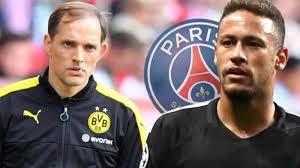 The German coach reiterated the importance of keeping the former Barcelona star at the club following PSG’s defeat to Rennes yesterday.

In a post match news conference, Tuchel stated that “He will not leave without recruitment, it is not possible. It’s clear if he stays, we will have a player who will help us win”

He added; ” We lacked the capacity for acceleration. There were small situations where space opened but we were not decisive.”

Tuchel told Canal +: “I always say the same thing, the transfer window is open even more than 10 days and you think it will be settled tomorrow or the day after tomorrow?

He explained Neymar’s absence in matches due to Neymar not being at the training grounds.

“What I think is not important. Today my player cannot play because he has not done any training like the others. This is the situation, and nothing has changed.” 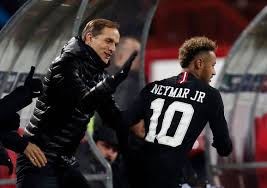 Neymar’s transfer moves have appeared controversial in the last few days as the the Brazilian has not agreed to offers coming from big clubs such as Real Madrid and his former club, Barcelona .