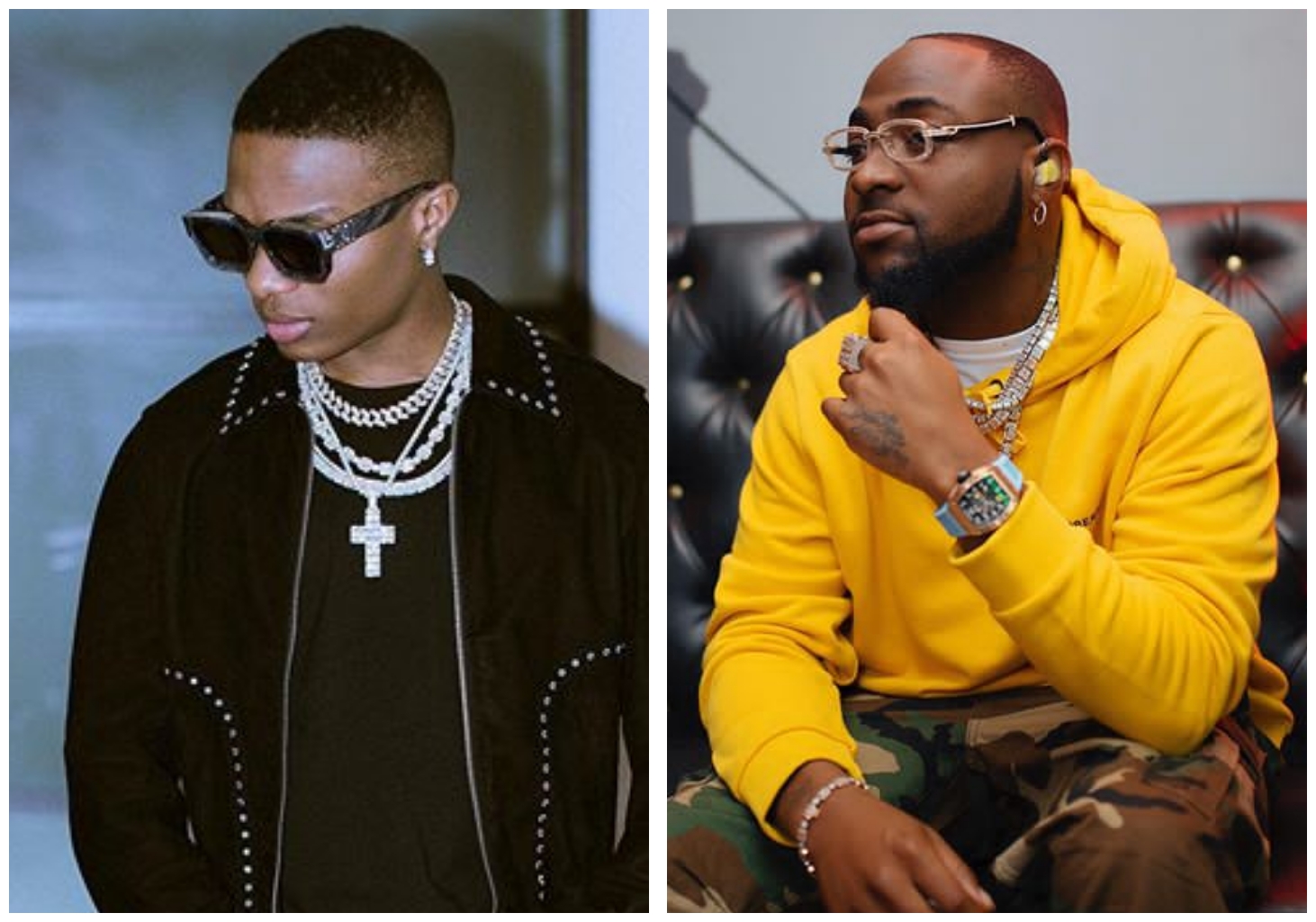 However, Davido surprised many when he shared an edited picture of himself

alongside Wizkid and captioned it with a short and precise message that reads: The 2 greatest of all time ! No ?

industry as some asked for both super stars to collaborate and dish out a hit song.

Talented music producer and singer, Samklef have now asked Pepsi who both

However, Samklef noted that it should be done for the love of music and so should

not be a battle but a vibe where by fans will enjoy themselves. 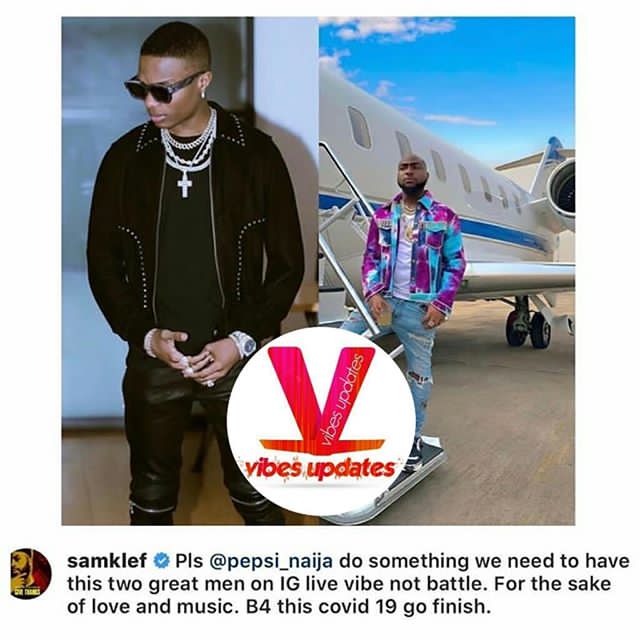 best day they will be having ever since the lockdown began.

receive massive response from fans if Davido and Wizkid are to battle it out on Instagram live video.

Time will tell whether both superstars will give it a shot and give fans one of the best battle on social media.