Nigerian celebrity couple, Simi and Adekunle Gold have been alleged to have welcome their first child.

Adekunle Gold when she released the visuals for her new hit single, ‘Duduke’.

The great news was well received by fans and celebrities who were so happy for them.

Ever since then, the beautiful screen diva have been flaunting her baby bump as she

engaged her fans in a new challenge that was called ‘Duduke Challenge’.

If news spreading round on social media were to be true, Simi have welcomed her

child but still keeping it as a secret.

“it could have been something different…” ?

However, some fans who believed she has welcome her child are already sending their

congratulatory message as they wish her well.

See some congratulatory message from fans below: 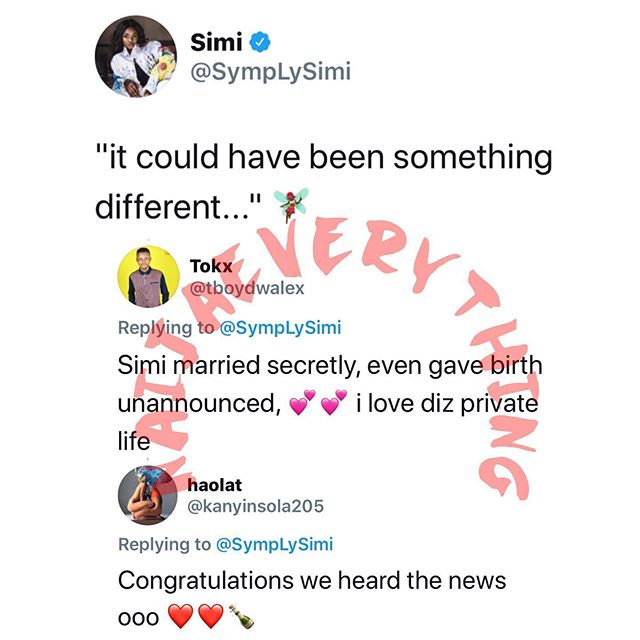 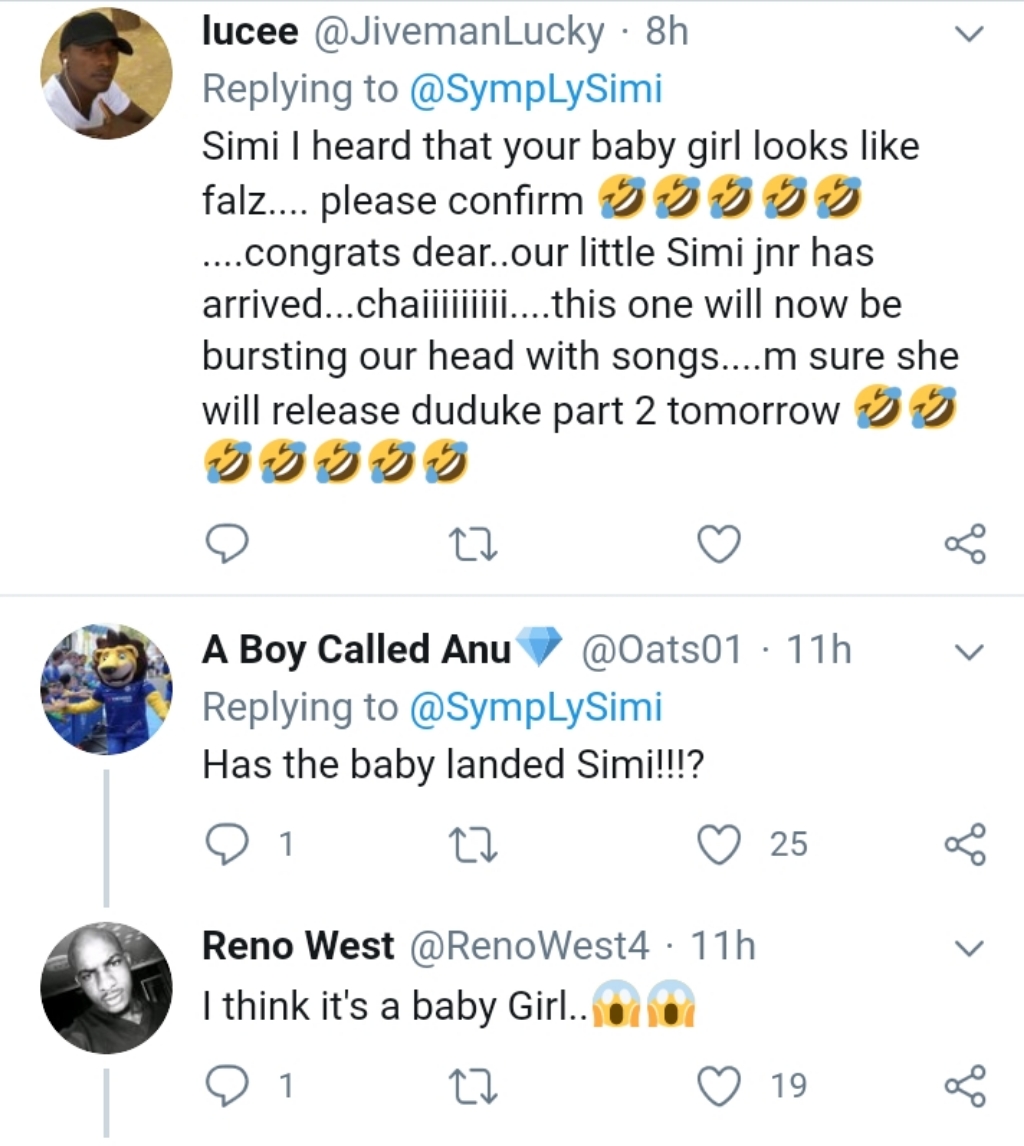 #BBNAIJA: Ebuka slays in Yellow Suit, Says He needs to instill peace and warmth in the War Zone