Nigerian singer and songwriter, Lil Frosh have been accused of physically abusing his girlfriend, Gift, who have been left with a swollen face.

in the past few months.

the name of his record label in more scandals.

Just some months, Peruzzi was accused of rape, a statement he denied and noted

he would never indulge in.

With Davido and the whole crew already moving pass that drama, Lil Frosh have

become the latest member of the crew to be dragged into a scandal.

who was identified as Gift surfaced on social media.

Gift was said to have been physically abused by Lil Frosh as he left her in a bad state.

According to television presenter, Michael, who broke the news on social media, this

a regular trend for the singer. 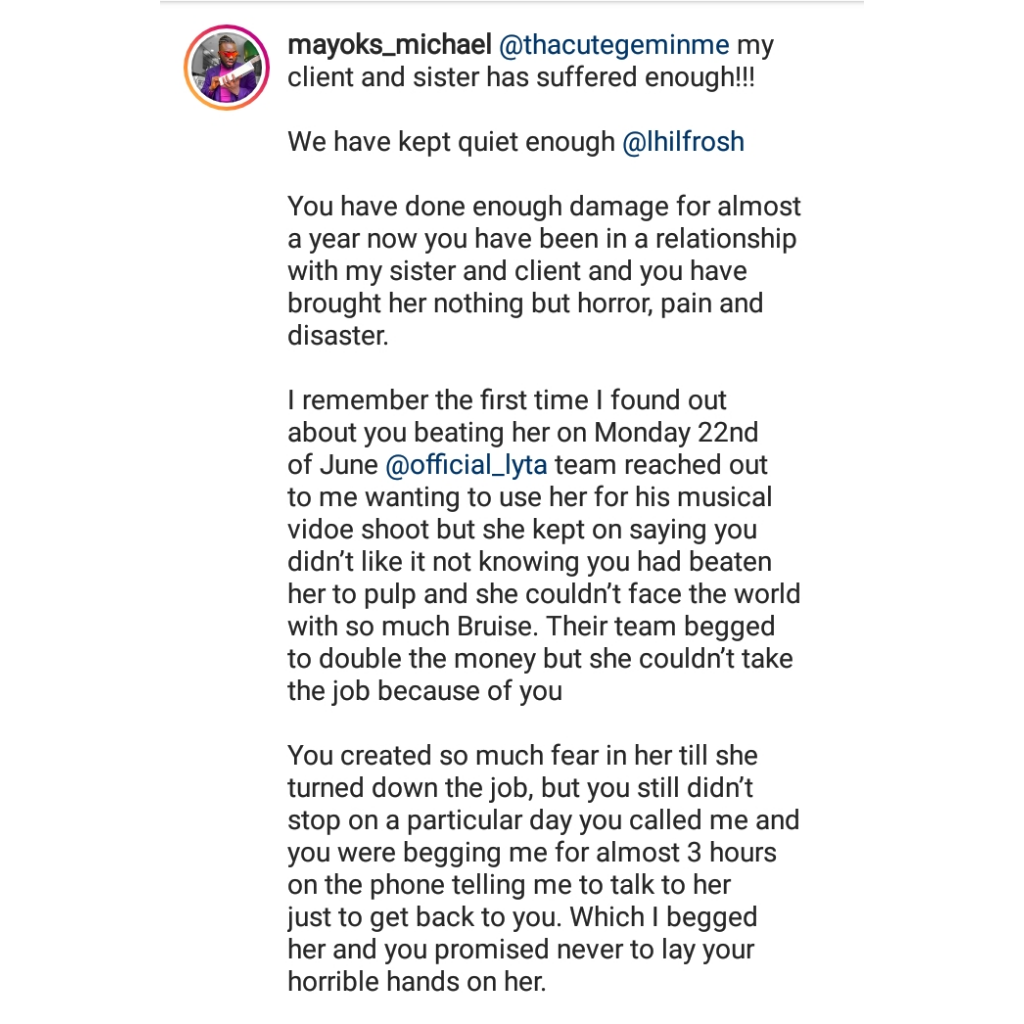 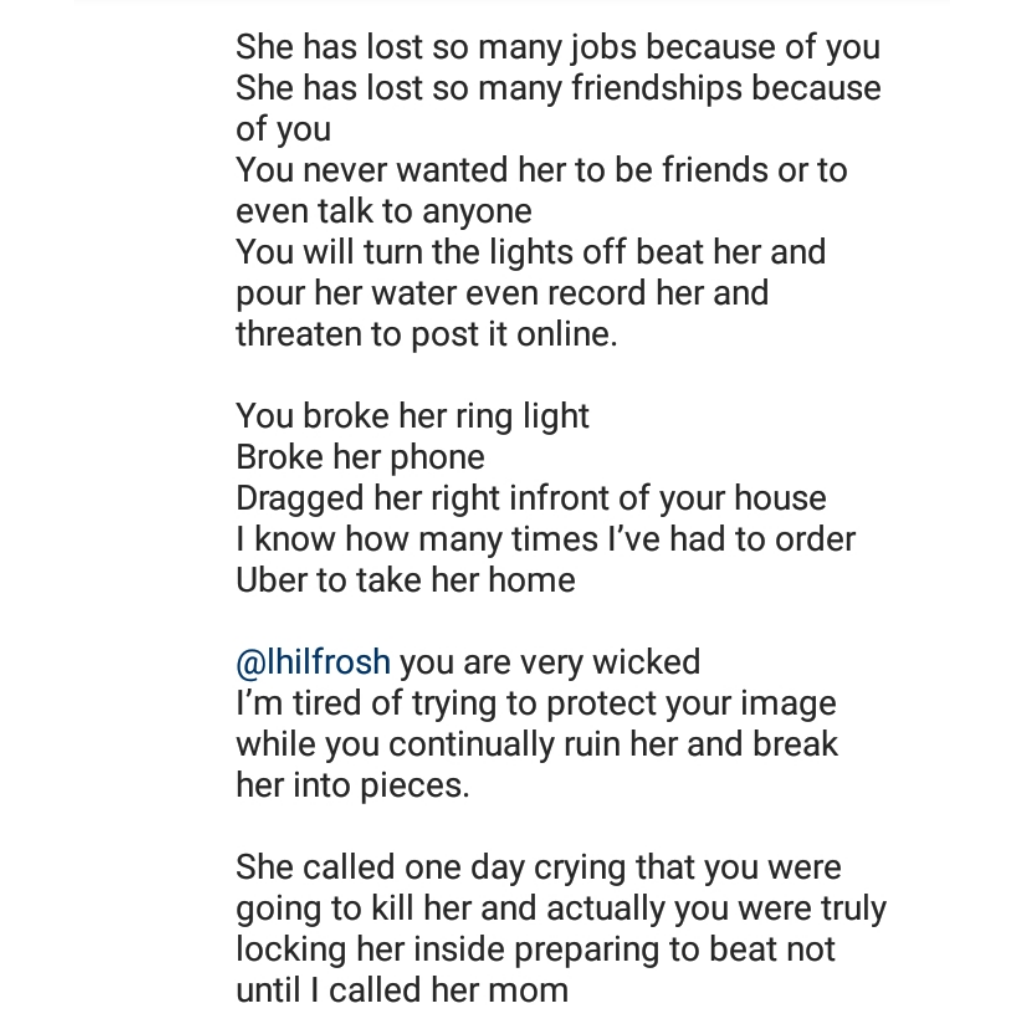 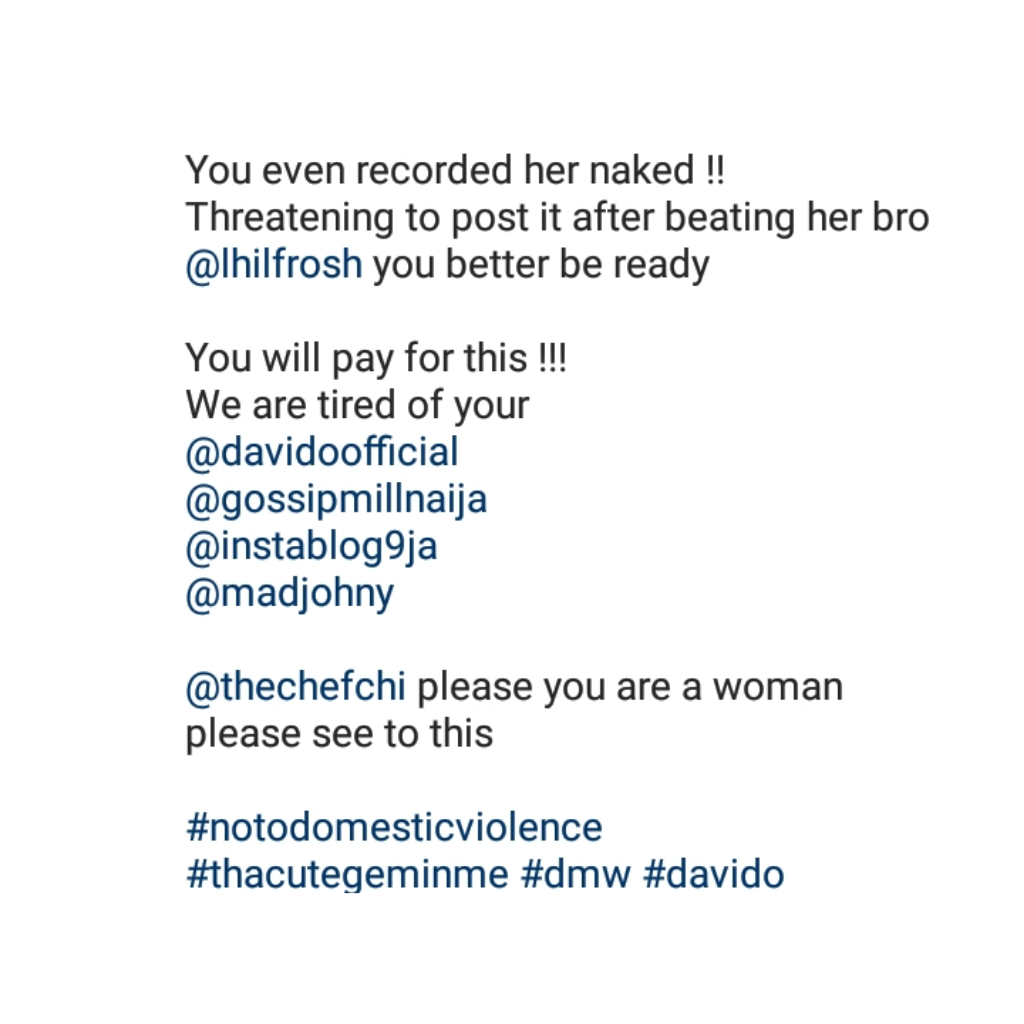