Home Entertainment ‘The kind of money I receive everyday scares me’ – Bobrisky shows...

Controversial male barbie, Bobrisky has bragged about his account balance stating that the money has receives everyday scare him.

Bobrisky is dramatic, controversial and will surely remain as the number one

Moments after disclosing that his hot and sexy body is meant for only billionaires,

of naira he has in it.

he receives everyday break is starting to scare him.

that showed how proud he is thanking God for choosing him ahead of other cross-dressers.

as a man and not as a cross-dresser.

with the millions of money he has in his account they might be thinking of you hearing his advise. 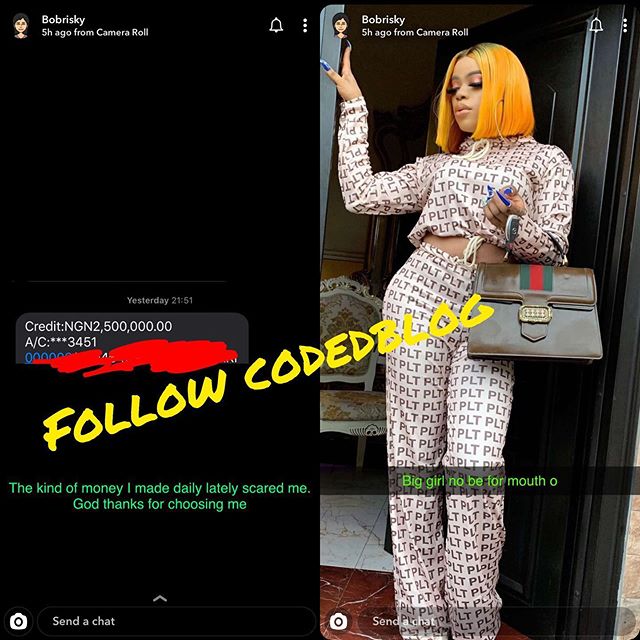