Home Entertainment ‘A Thousand of you cannot release any man I snatch this year’–...

Former big brother naija star, Kokoby Khloe has revealed that a thousand lady can’t release man she snatch this year as she continues her dramas on social media.

have the key to her heart.

stop them before it’s late.

woman would not be released even if a thousand woman comes to attack her.

trolls and will be awaiting them if they try to attack her.

Some days ago, Kokoby Khloe showcased her body transformation as she noted how

glad she is for not wearing a kiddies wear again.

she has been able to add more weight to her body especially her backside that she’s now used to flaunting on social media. 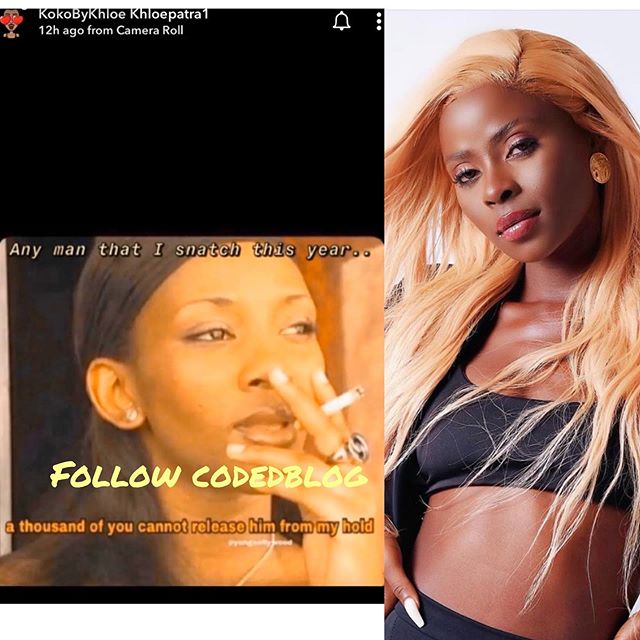