Home Entertainment The Truth will come to light – Tory Lanez reacts to court...

American rapper and singer, Tory Lanez have finally reacted to the charges levied against him in the shooting incident involving Megan Thee Stallion as he noted that the truth will come to light.

As earlier reported that Tory Lanez has been charged with assaulting

Tory Lanez is facing one felony count each of assault with a semiautomatic firearm,

personal use of a firearm and carrying a loaded, unregistered firearm in a vehicle.

The talented rapper will appear in court next week and if convicted, he’s looking

at a maximum sentence of 22 years.

Just as he awaits his first appearance in court, Tory Lanez spoke out his opinion

on the incident as he noted that he has faith in God.

have been showing support ever since the incident happened.

Tory Lanez tweeted:
⏲️will?️  … and the truth will come to the light … I have all faith in God to show that … love to all my fans and people that have stayed true to me & know my heart … a charge is not a conviction . If you have supported me or meg thru this , I genuinely appreciate u 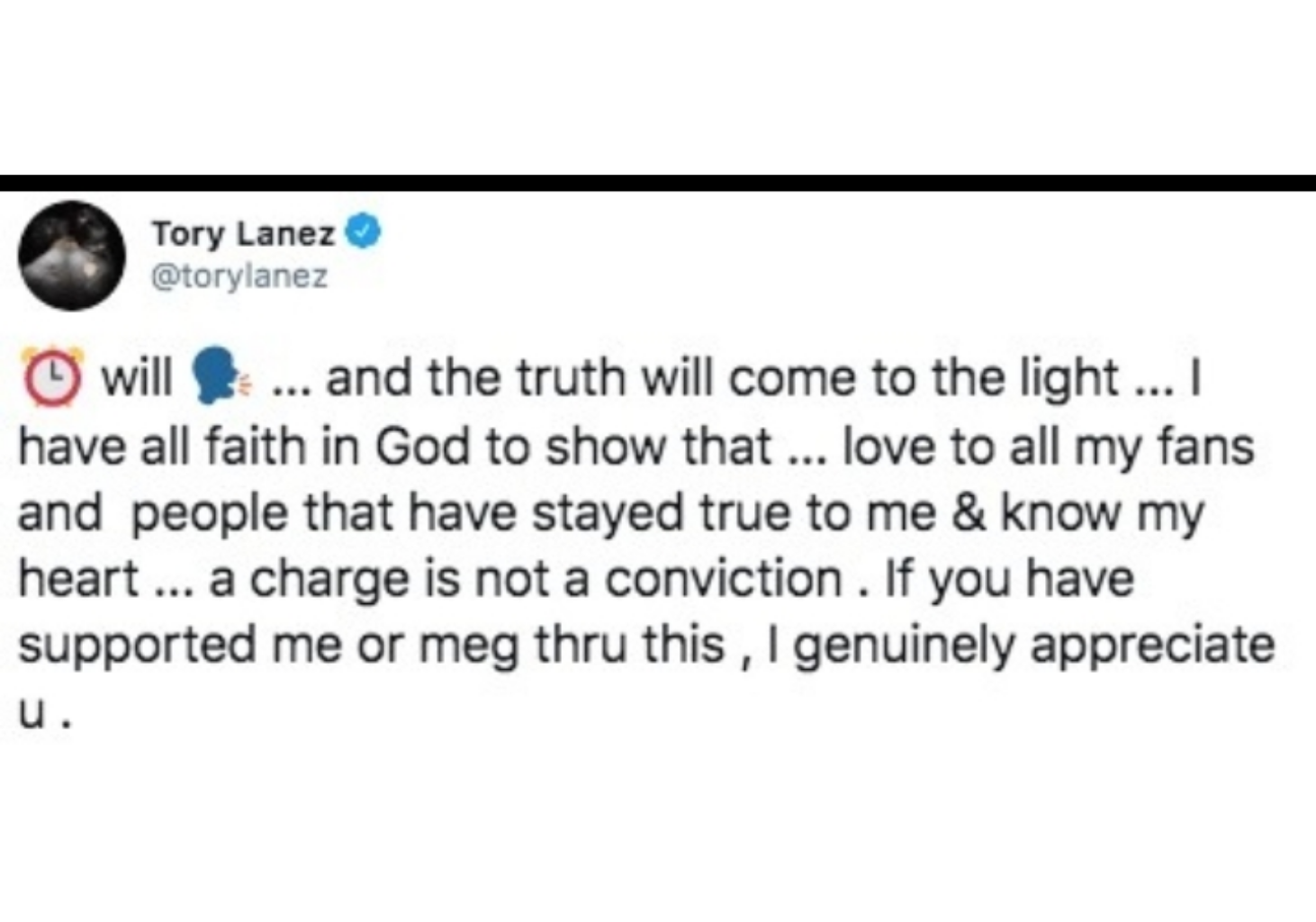