Media Personality, Toke Makinwa have always shown how playful she can be when she’s with her friends especially her bestie, Tiwa Savage. 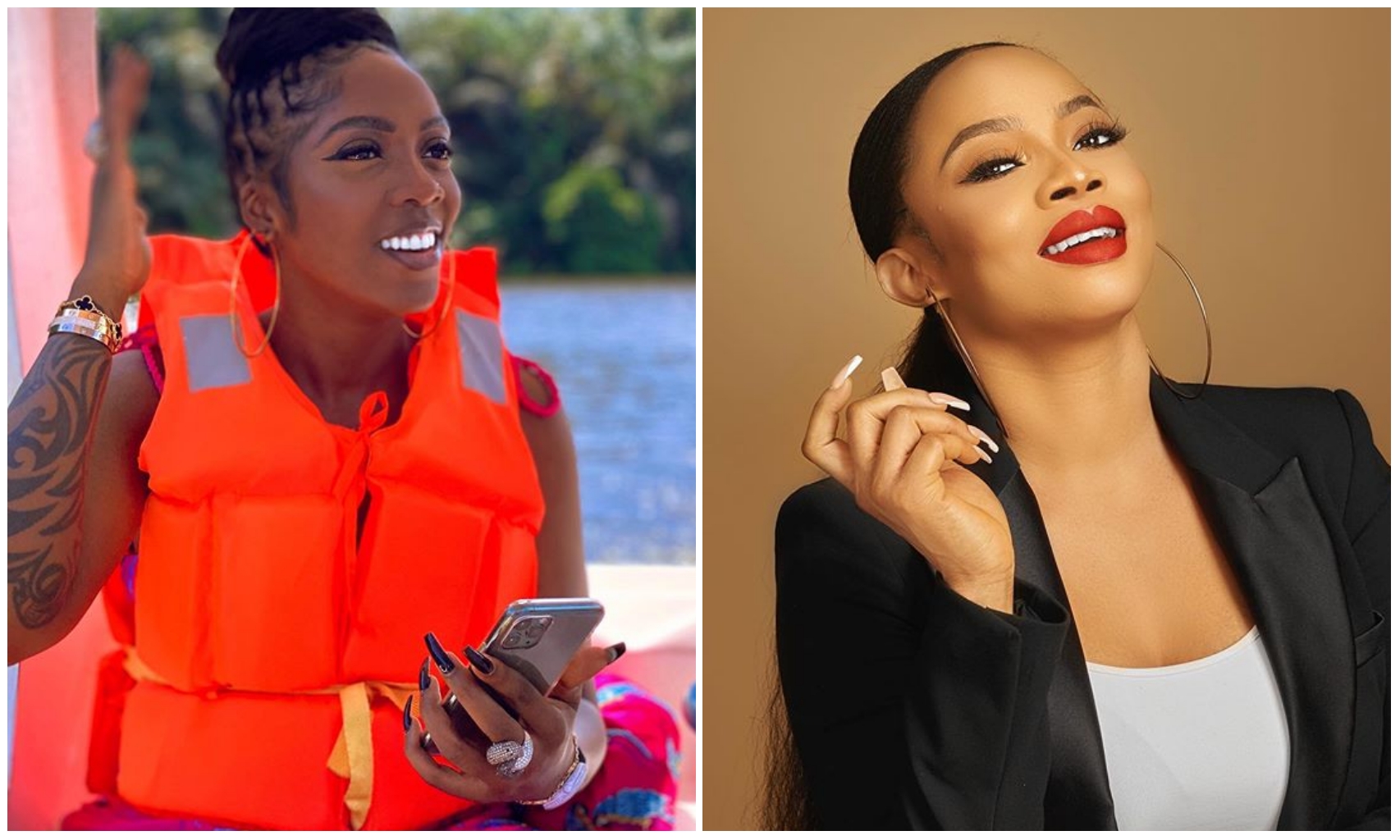 have formed a great friendship that some top celebrities are envying.

how rich she his.

Makinwa who was behind the camera was gisting with her.

However, a member of their crew had given both stars a coffee to stir thing up and asked

for a transfer which Tiwa Savage asked for the currency he would like to receive it.

Surprised by this, Toke Makinwa called her best friend a mad woman, a move that

showed how close they’ve become in the past few months.

showing how talented she his by investing her hard earned money into different projects.

Both superstars will be hoping they continue their good friendship as this will be a thing of joy for their fans who are already addicted to them.