Home Entertainment Waiting for my pastor prayer – Davido on why he can’t drive...

Nigeria music star, Davido have opened up on the main reason why fans might not be having a view of him riding his new Lamborghini in the next few days. 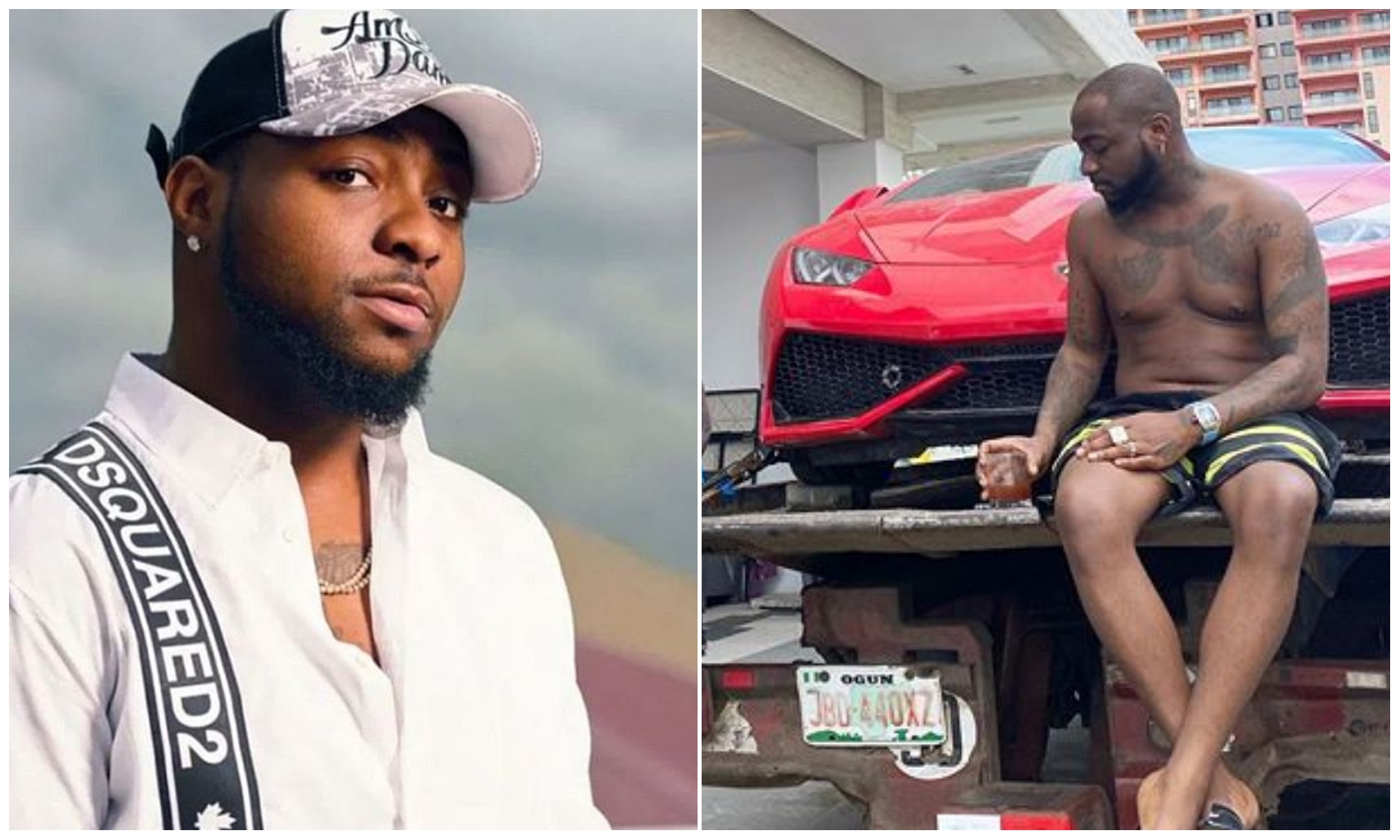 worth millions of naira.

car to his garage.

Ever since news of Davido’s new car surfaced on social media, fans have been

in the car and he has now answered their question.

answered in a way that will shock many fans.

According to Davido, he will only be riding the new Lamborghini when his pastor

has finish praying on it.

world his first ride in the new expensive car that have got fans and top celebrities talking.

READ
#BBNAIJA: Confusion As Tacha Deletes All Her Instagram Posts

See his response to fans below: 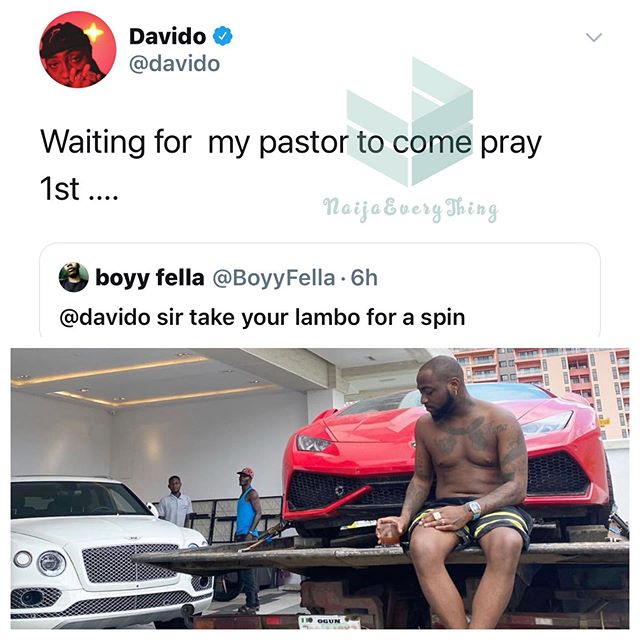 Davido’s new car comes just months after he moved to his new apartment in Banana Island, a mansion that had cost him a great fortune as the interiors are top notch.

Violette Johnson - August 9, 2019 0
A strong passionate lady with so much positive vibes, Nuella Njubigbo is always so excitingly dazzling in whatever she endeavours. The Nollywood actress, who is...

Cardi B unveils new tattoo that goes all the way from her ass to...

Adedokun Moses - May 23, 2020 0
American singer and rapper, Cardi B has got tongues wagging on social media as she unveils a brand new tattoo. Talking of being sexy, Cardi...

BBNaija star Bambam with some spicy dance moves at her White wedding in Dubai...

Violette Johnson - December 13, 2019 0
This view of super Fashionista Toyin Lawani flashing the cute tattoo on her boobs can surely give person some sleepless mood, that view keeps...

James Antwi - September 20, 2019 0
Former P Square member, Paul Okoye, has announced the launch of a new record label. He shared the news to his millions of followers on...