Home Entertainment What is happening in Nigeria? – Drake joins the #EndSars movement

Grammy Award winning rapper and singer, Drake have joined the list of top personalities in the world to join the EndSars movement in Nigeria. 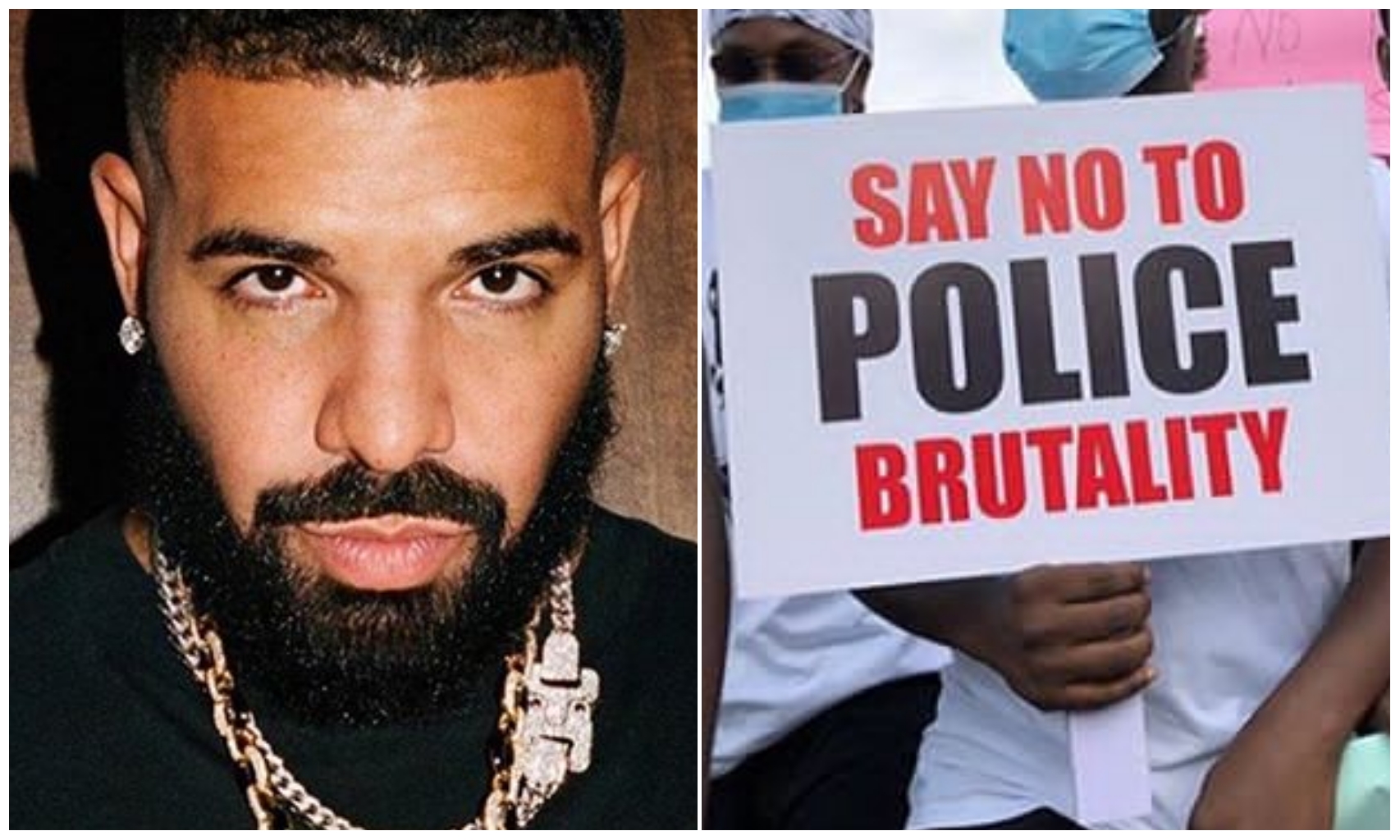 the #BringBackOurGirls campaign, the movement have been receiving massive

support from the global world.

become a major issue in the country.

Football stars like Chelsea forward, Tammy Abraham have also joined in the war as

are being molested by the police force.

With protest still being organized across the country, Drake have taken to social

good expected from them. 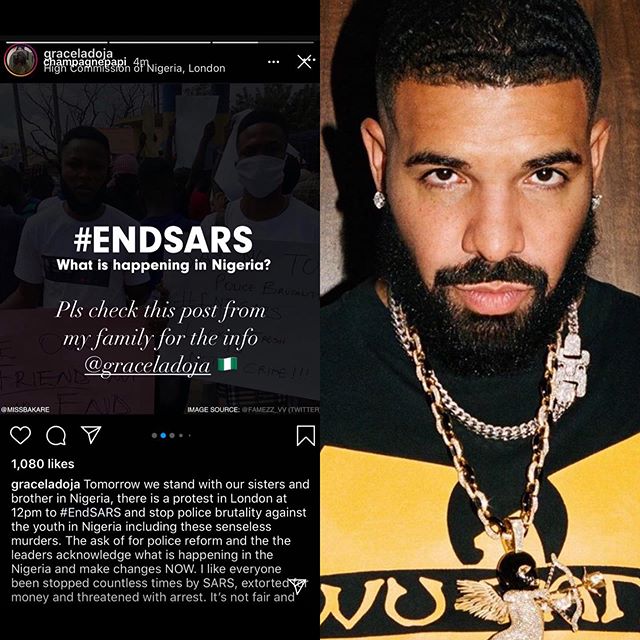 protest against the Government and this will show how far Youths are willing to go in this fight against Police Brutality.

“Me and my bae don’t do Hotels, he comes to my House” – Bobrisky reveals (Photo)