Home Entertainment Nigeria has stood with me – Kirk Franklin lends his voice to...

Multiple award winning American gospel singer, Kirk Franklin have become the latest top personality to lend their voices towards the EndSars movement going on in Nigeria. 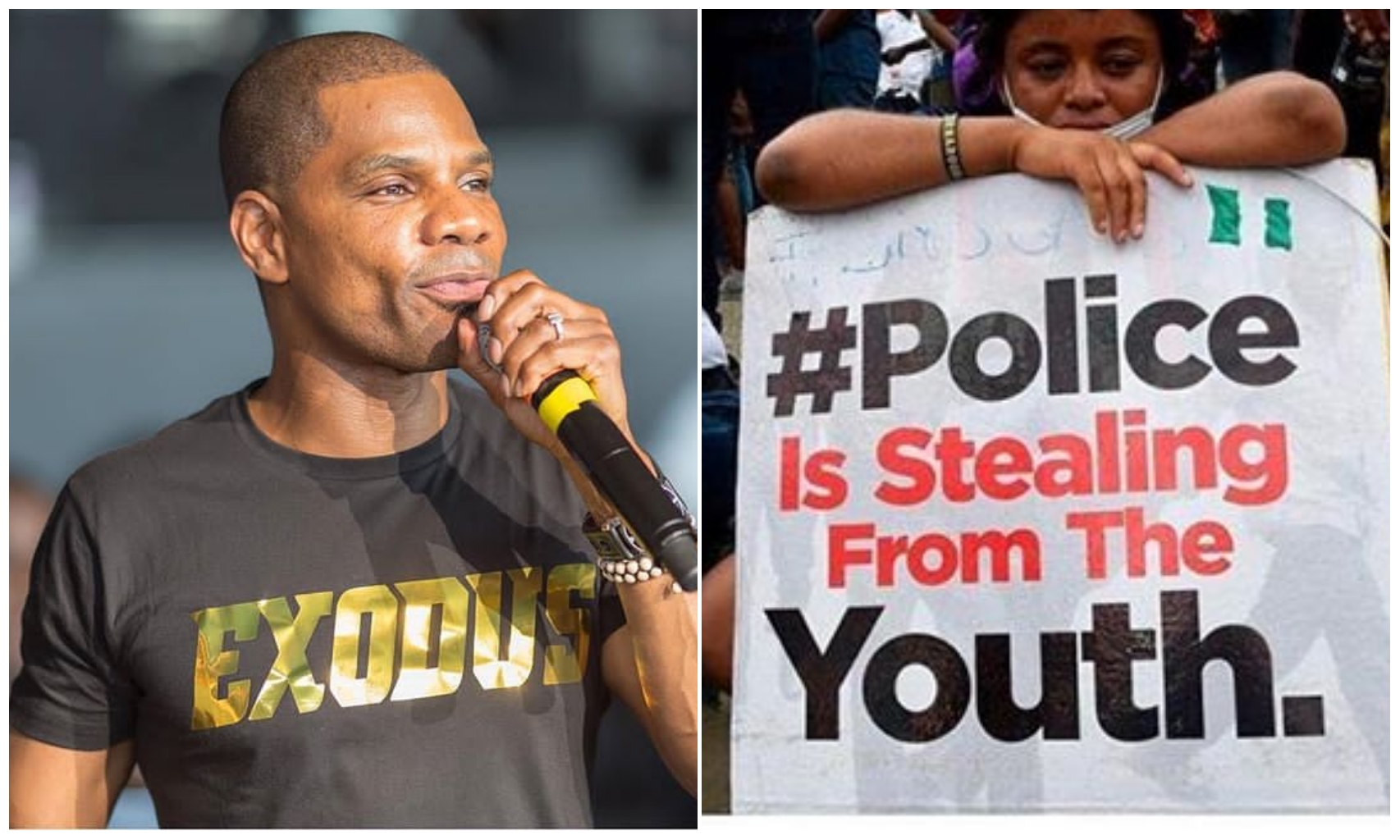 hotel in the Ughelli area of Delta State went viral on social media.

Ever since the incident happened, Nigerians have taken the fight to the

to police brutality in the country.

In order to achieve that, hashtag EndSars was created on social media as Nigerians

a torn in the flesh of citizens.

With protest still going on across the country, Kirk Franklin who have grew a

huge fans base in Nigeria took to his social media platforms to support the movement.

them during this torrid. 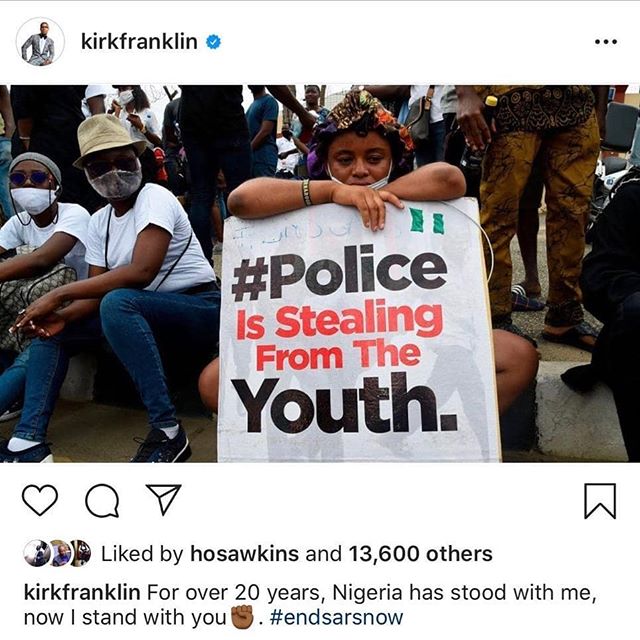 Kirk Franklin have now joined the likes of Cardi B, Drake, Tammy Abraham and some other big names in all walk of life to support the EndSars movement.

#XENOPHOBIA: Stonebwoy Reacts To Attacks In South Africa With A “Deep” Song

James Antwi - October 10, 2019 0
Just recently, the brown sugar as she calls herself shared stunning photos of herself on Instagram and had her fans drooling. The actress looked stunning...

Violette Johnson - July 8, 2019 0
Ghanaian singer and signee of rufftown records Wendy Shay has been stripped of the Youth Employment Agency Ambassadorial role. The reason behind this unfortunate development...

Toke Makinwa dish out new fashion goals as she stuns out in lovely two...

Adedokun Moses - June 27, 2020 0
Media Personality, Toke Makinwa have dished out another fashion goals to her fans across the globe as she continue to show why she's regarded...

Adedokun Moses - June 23, 2020 0
Ultimate love guest, Dr. Cherry has attacked haters on her timeline over the inappropriate tag they are using to call her call her man. Dr...