Premier League is back again as it promised to be another exciting season that will be filled of drama, controversies but Burna Boy have made headlines in the world of football despite being a singer. 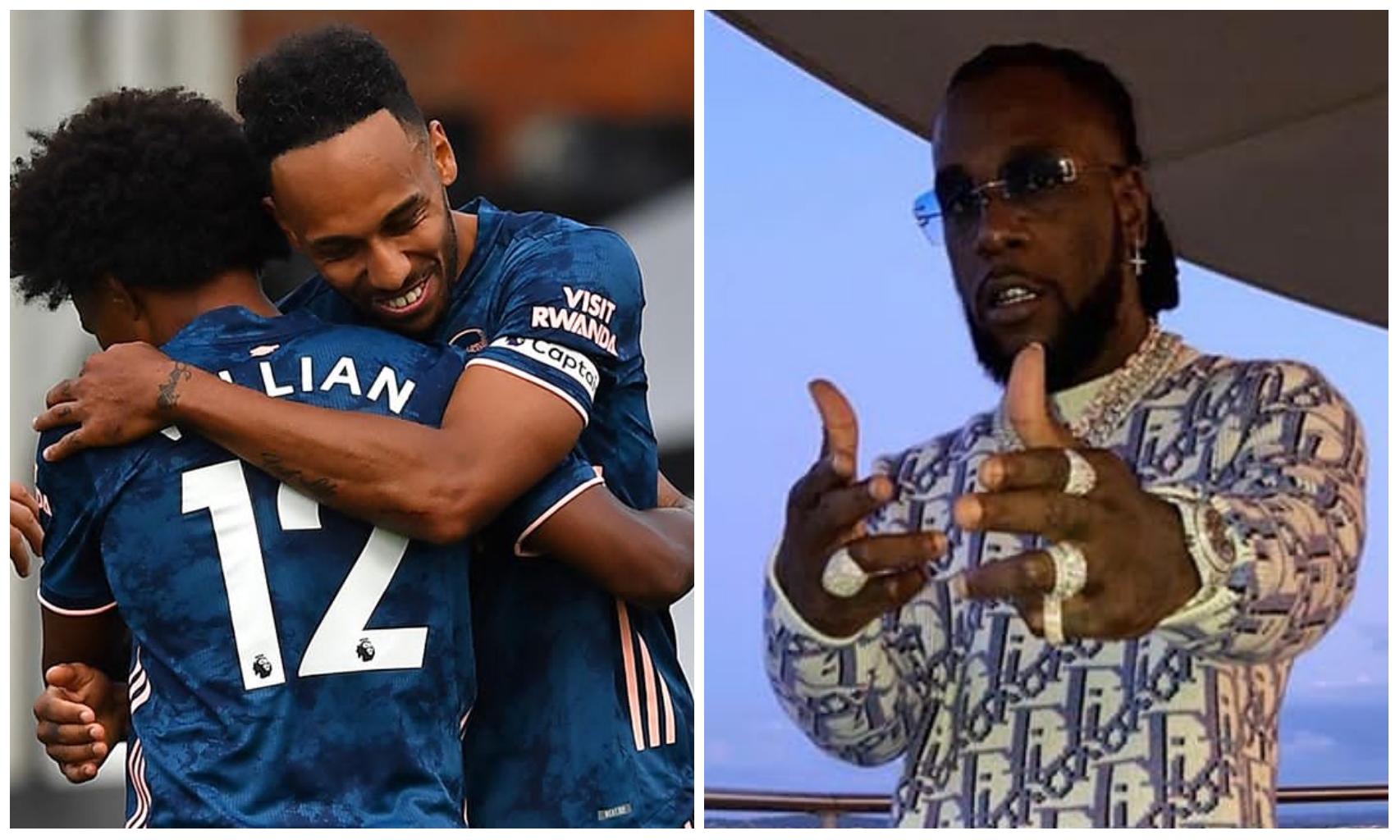 Fulham and this got them in a joyous mood.

Goals from Lacazette, Gabriel and Aubameyang gave the gunners the victory

they needed to show other clubs they mean business for the new season.

With new signing, Willian playing a huge role in their victory, Arsenal players

including the Brazilian took to their dressing room to celebrate.

In the mood of celebration, Arsenal players were spotted listening to Burna Boy’s song

a glimpse of his Zanku dance step.

When you dey enjoy am, no be 40 seconds – Churchill shades Tonto Dikeh

Stonebwoy Meets Reggae Superstar, Chronixx As Both Spend Time Together In UK