Rapper M.I. Abaga has expound his stand on Xenophobic attack on Nigerians to Burna Boy. 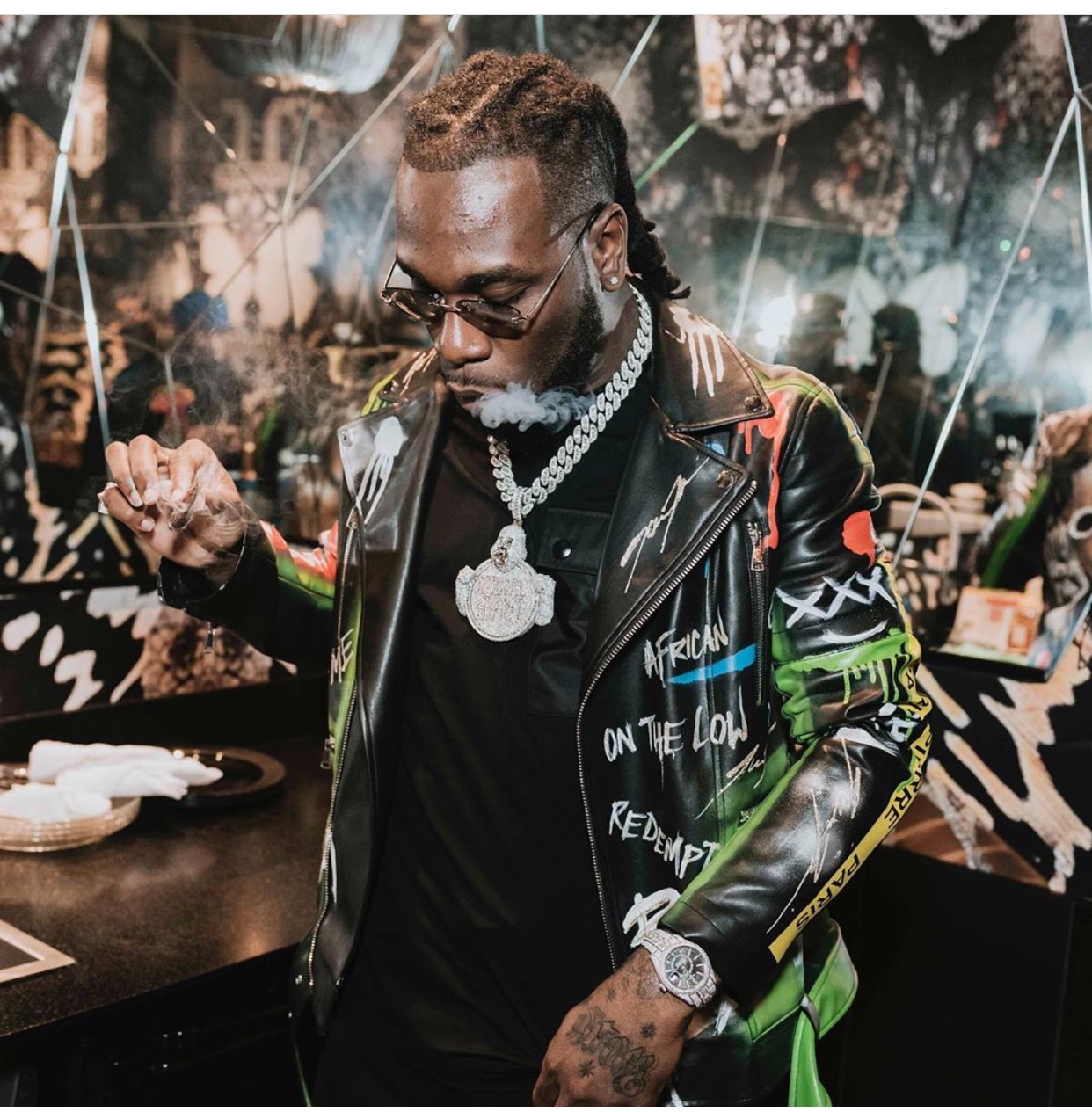 Some hours ago after the he expressed his stand on the attack on Nigerians, M.I. stated categorically why he reached on conclusion in support of South African rapper, AKA’s stand.

M.I. stated it’s such a bad day and experience which hurts and he hopes it would be over soon.

“I love you and respect you too bro!! Today is such a sad day and it hurts.. somehow I hope we can come out of this with your dream of ‘one africa’ still alive!!! #SayNoToXenophobicAttacks,” he wrote in response to Burna Boy’s tweet.

READ
”Before Me, There Was Suzzy Williams”-Efia Odo Tells Critics As She Reveals Her Mentor

Earlier, the “YE” singer warned rapper, MI Abaga to desist from his seeming support for AKA or lose his respect.

” And @MI_Abaga it’s Fuck @akaworldwide from now on. And if you down with him, it’s Fuck you too. I respect you too much, please Don’t throw my respect out the window cuz I swear you will fly out with it,” he tweeted.

Burna Boy also stated that the attacks goes against everything he stands for while appealing to Nigerians in South Africa to continue to protect themselves without causing chaos. 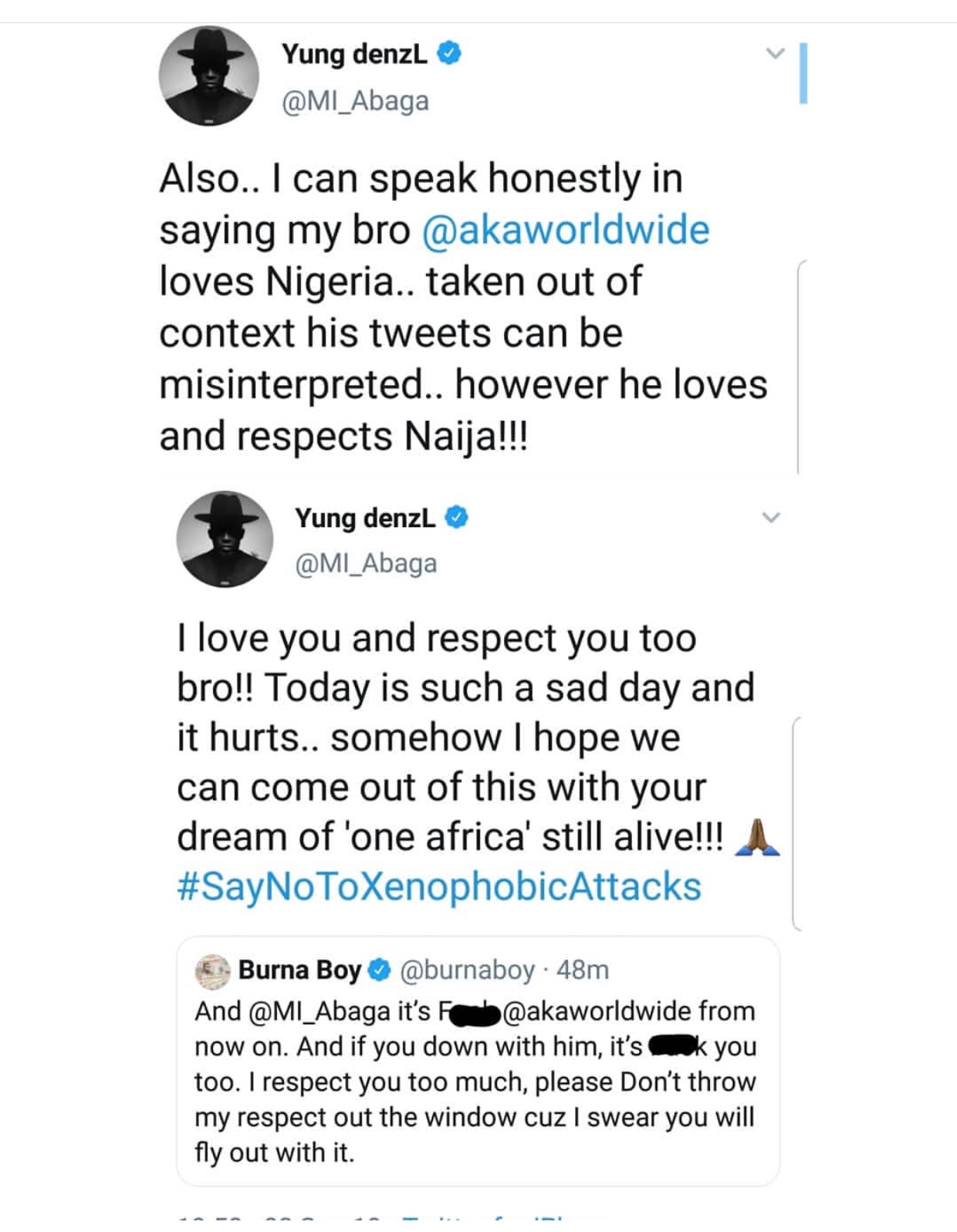