Home Entertainment “You are so insensitive” – Funke Akindele shuts down fans who shade...

Veteran Nollywood actress, Funke Akindele has been dragged into an heated conversation with a fans on social media over her comment on the death of Uwa, the young girl who that was raped and killed.

With the whole country still mourning the death of Uwa and Tina, the young girls

that have been killed unjustly by a rapist and a police officer, Funke Akindele had

weighed into the matter by voicing out her frustration on the tragic event.

However, the fans who seems to have a different opinion took to micro blogging

According to the fans, Uwa who was raped should not be in a church at that time die

to the current curvew law ordered by the Federal Government .

The fans noted that Uwa should not be reading at that time as the only place she needs to be is her house and not a church.

However, Funke Akindele who does not have time for such trolls on her page

slammed him for his comments as she noted that he’s insensitive and need to be block.

eeking attention with his comments and if he deserves to.be block then so be it. 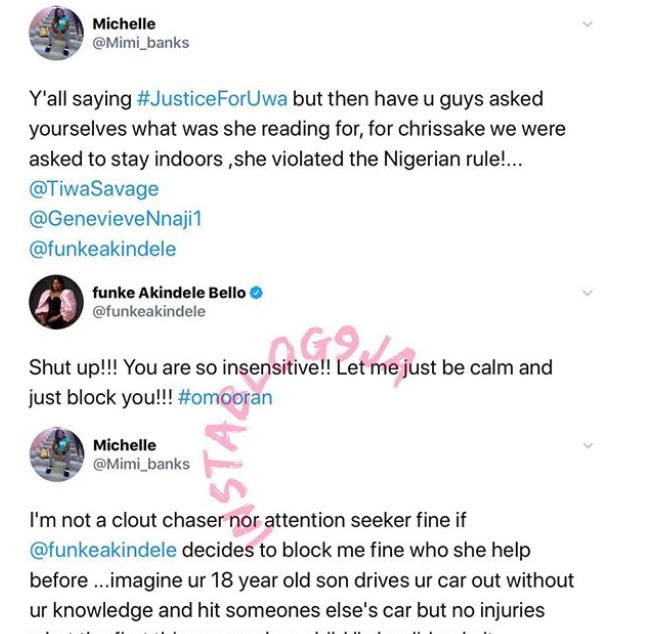 This is not the first time Funke Akindele will be trolled on social media as she’s now used to giving them a savage reply .

Pique and Vidal win a total of €487,410 as they finish 2nd & 5th respectively in poker tournament