Talented Ghanaian actress, Alade Brown popularly known as Akuapem Pollo have finally spoken out about the nude pictures she used in celebrating her son’s birthday. 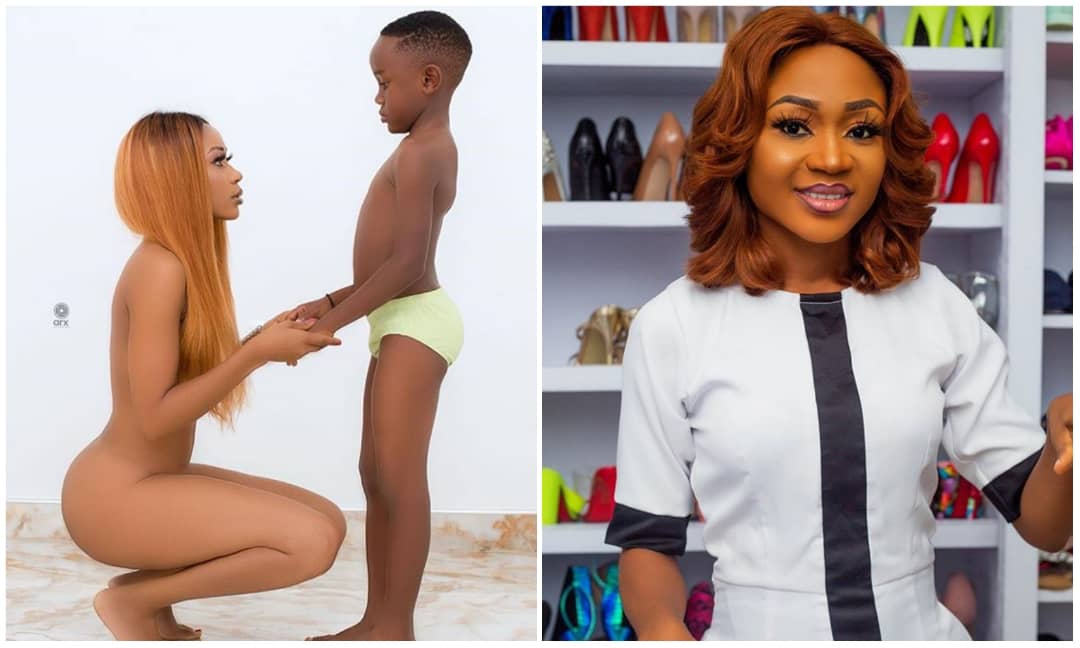 Alade Brown, yesterday shocked the whole entertainment industry when she shared some

nude pictures of herself and her son to celebrate him on his new age.

The sexy screen diva also shared a video of herself naked with her son and both of them having a bath together.

some asking what she intends to gain bu exposing her son to such thing at his tender age.

According to the talented actress, she was trying to preach something else other than what

the world taught she was preaching.

preach something and decided to show people how much they should cherish their mother.

She stated that her not wearing clothes preached to her son that he should cloth her and not neglect her in time of need.

The talented filmmaker added that she does not bath her son as thought by many fans as she apologized for those who might have been offended.

Watch video of Alade Brown speaking about her nude below:

‘The kind of money I receive everyday scares me’ – Bobrisky shows off his...

Adedokun Moses - June 23, 2020 0
Controversial male barbie, Bobrisky has bragged about his account balance stating that the money has receives everyday scare him. Bobrisky is dramatic, controversial and will...

Ladies: Simple ways to Make a Fashion Statement with your Shirt Dresses (Photos)

Munakur Jantikur - June 2, 2020 0
Shirt Dresses are elegant outfits which is an elongated version of a button down, that looks like a shirt but worn like a dress. Whether...

Now Falz reacts to the arrest of Omoyele Sowore

Violette Johnson - August 6, 2019 0
Since the arrest of the #RevolutionNow convener Omoyele Sowore two days ago by the DSS on suspicion of planning to disrupt public peace &...

Violette Johnson - September 25, 2019 0
Former BBNaija star Kemen life is more than just a wish, sometimes it reveals some extra things one didn't even bargain for, like depression. Yes,...