Nollywood actress, Anita Joseph have taken to social media to blast her colleague in the industry Alade Brown who shared a nude pictures alongside her son. 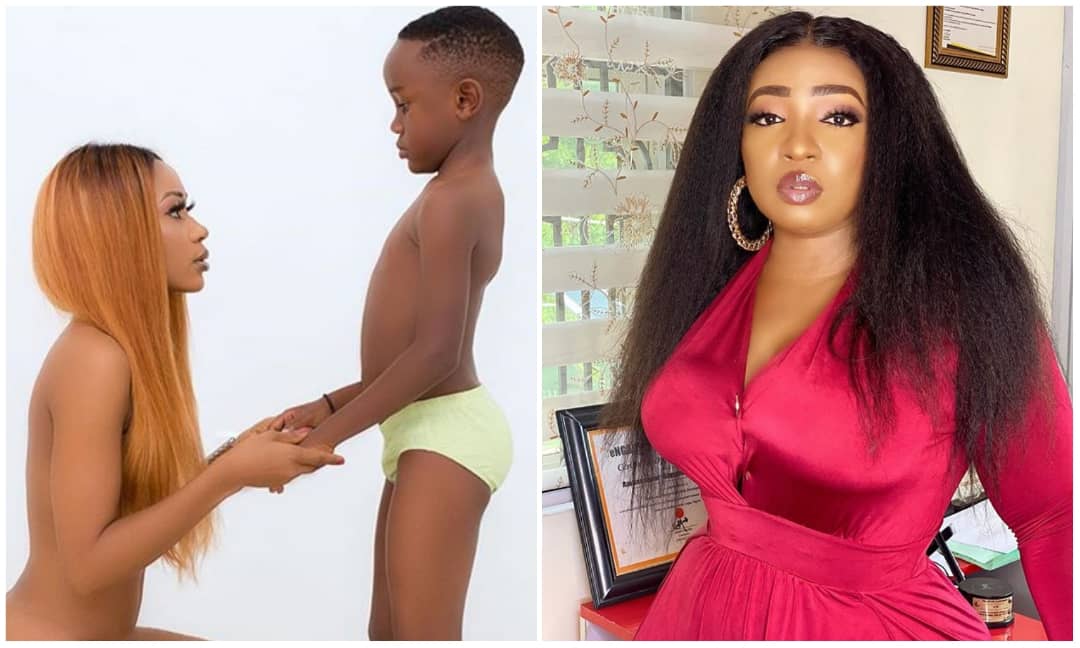 she celebrated her son’s birthday in a way that shocked many fans and celebrities.

sparked outrage from top celebrities in the entertainment industry.

she intends to gain with the nude.

her unclad in front of her son who is eight years old.

This is all shades of Wrong “
So you actually went to the studio
Removed your Clothes and got naked
How did you even hold your Son
Watching him see you naked ??‍♀️
I also watched the Video you made and also said
You bath with your Son ???
at this Age?
Aunty you really Delusional and you need urgent Mental Evaluation ?
You wanted to break the Internet but you Broke yourself Alu melu ?‍♂️
There are other decent and creative ways to get the Attention you needed!!
You just messed up this Child’s Head it’s a Shame ? 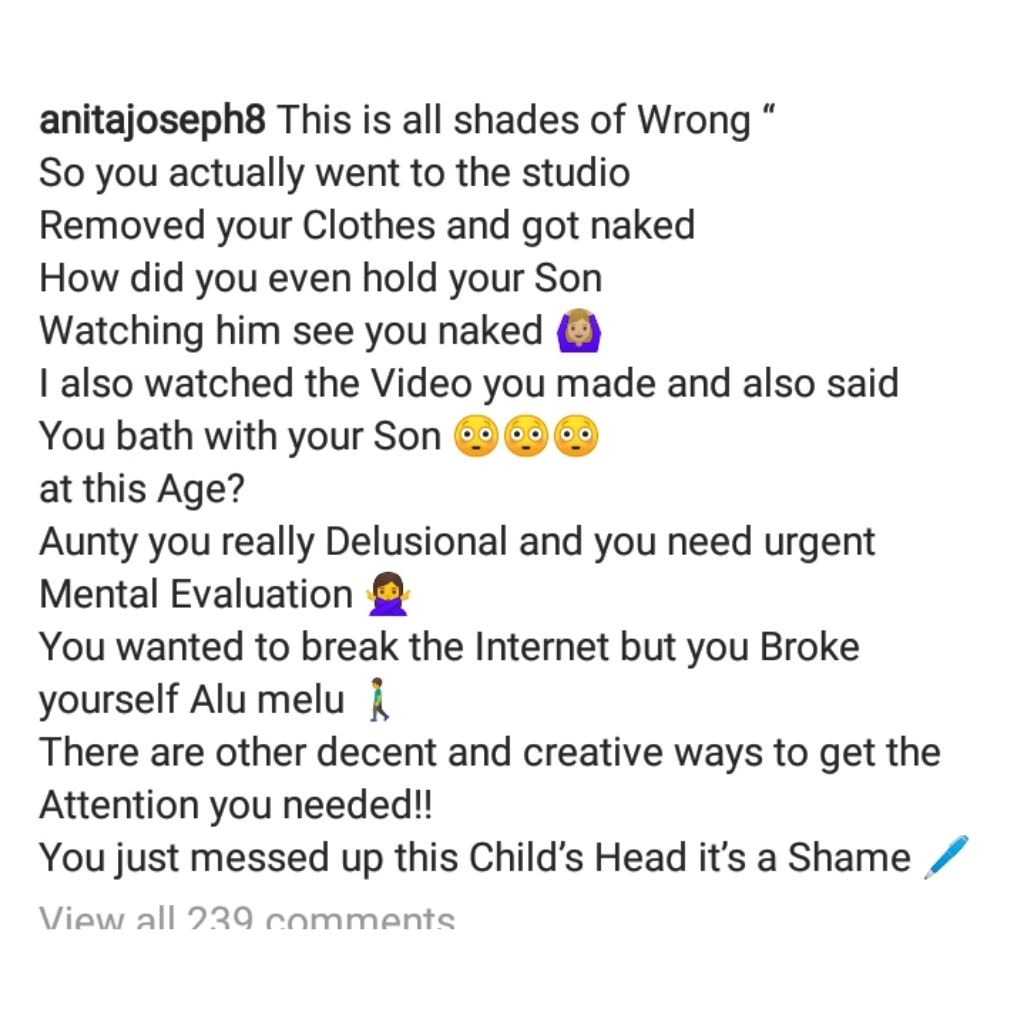 Violette Johnson - September 24, 2019 0
In a recent post on Omoyele Sowore's page, He has just been granted bail on some terms and conditions. See below: In a motion filled on...

Violette Johnson - November 17, 2019 0
Nigeria Actress Taiwo Ajai-Lycett share her story on how she became a mother at the age of 15, dropped out at 16, became a...

Adedokun Moses - September 2, 2020 0
Reality star and brand influencer, Mike have shown the world how it feels to be a father as he shares a priceless time with...

James Antwi - August 6, 2019 0
Wendy Shay has managed to gather a huge fan base for her brand since her emergence in the music industry about a year ago. A...