The Whole of Africa is still leaving in fear of Xenophobic Attack phase 2 happening in South African over the last few days. 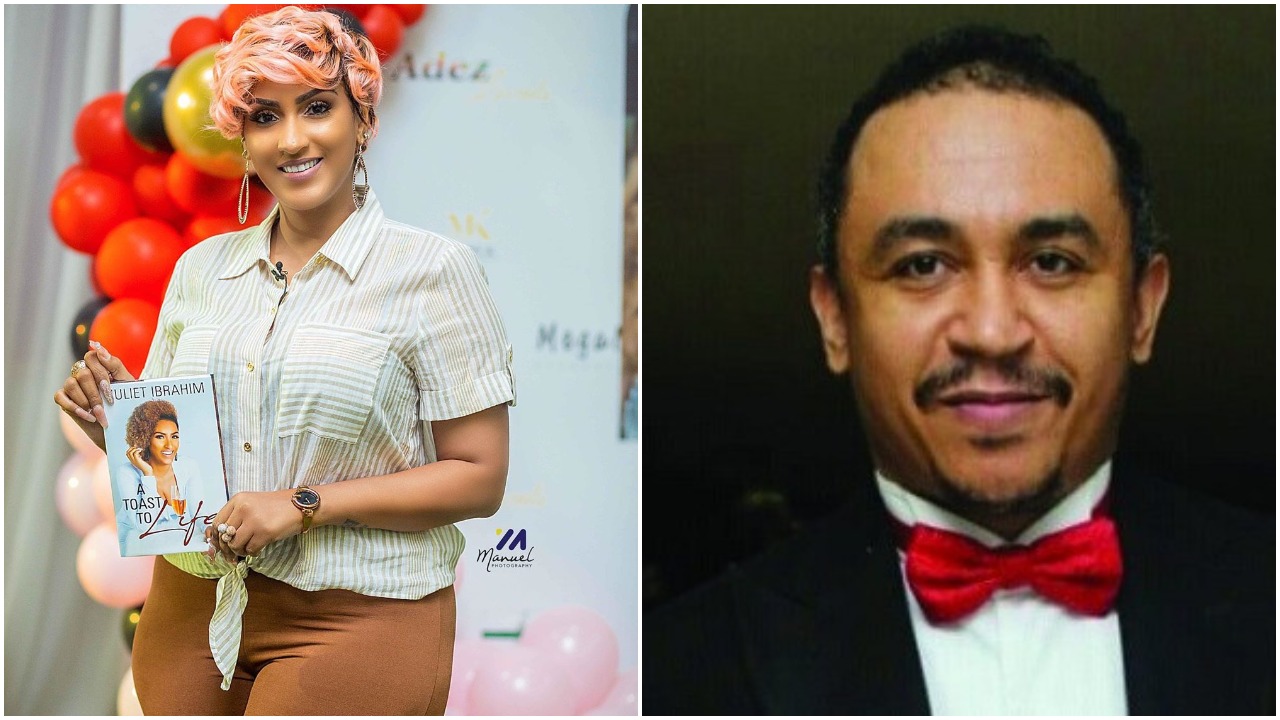 Many concerned citizens have taken to social media to rebuke the assailants and evil perpetrators of such evil shameful and disgraceful acts.

More also so many celebrities across the African continents are voice their sad opinions on the matter.

Among such celebrities is Daddy freeze, whom instead of focusing on the issue at hand , brought up the Bisola Dakolo Rape Saga to justify his claims of celebrities ans nigerian been hypocrites.

The post of cause got a lot of people talking and one of such people is Nollywood actress Juliet Ibrahim whom had just enough of all what Daddy freeze had been saying and gave a rapid mind blowing response.

You are a hypocrite as well.the people attacking other African in SA are not on your Instagram Page! Wake Up!

Read the rest of the exchange below 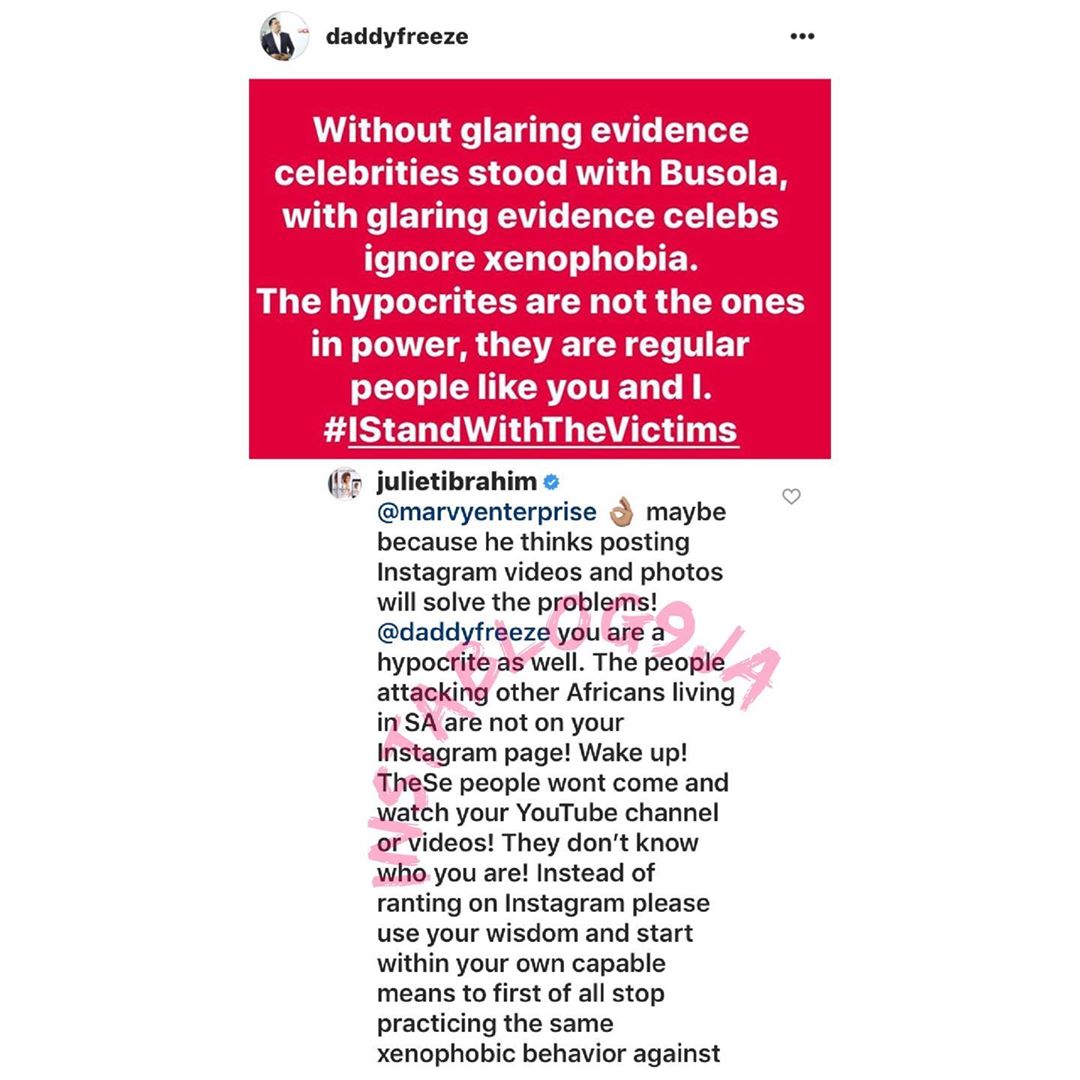 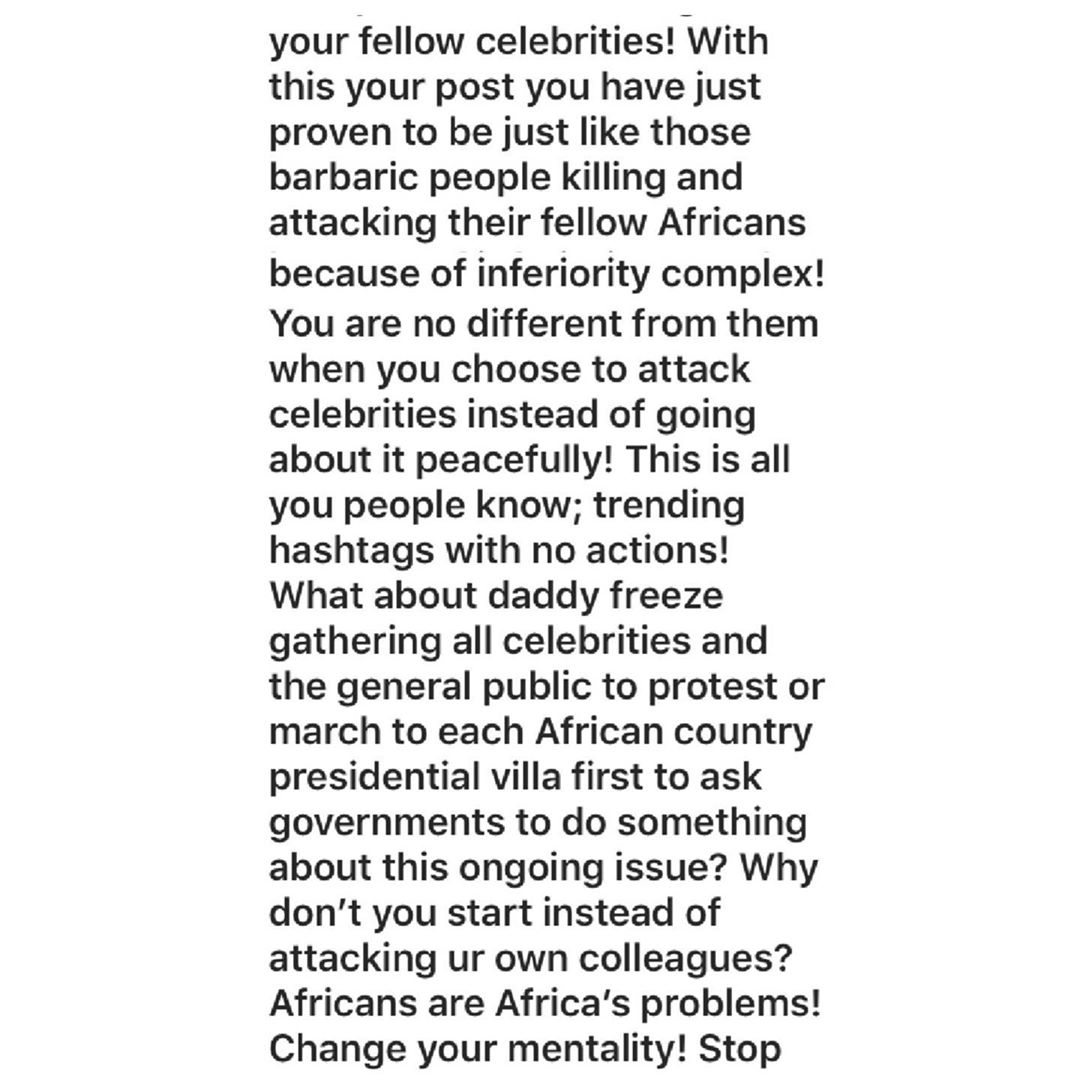 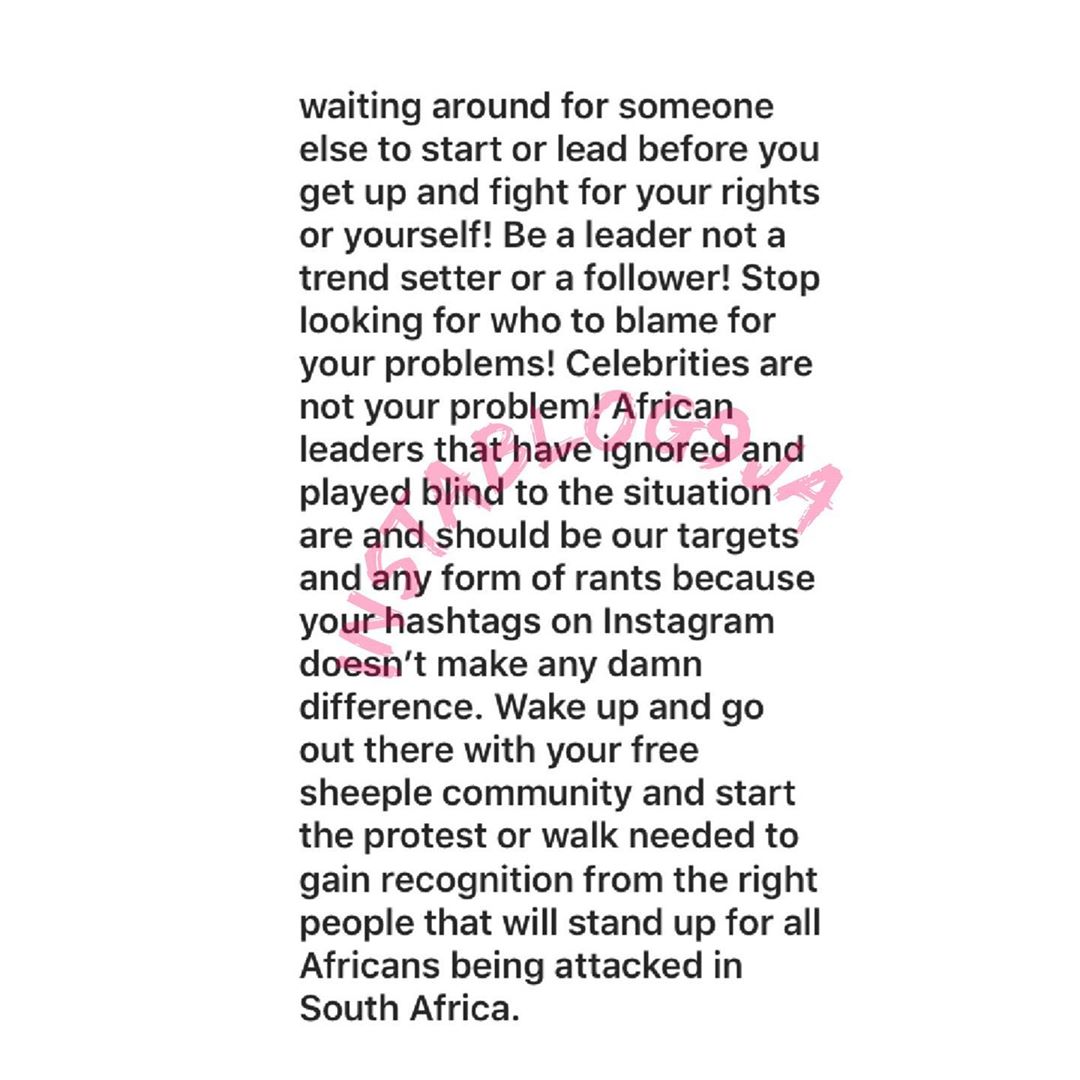 Also recall a couple of hours ago, South Africa’s High Commissioner To Nigeria Denies Xenophobic Attacks, Monroe denied that the attacks in South Africa are xenophobic and targeted at Nigerians.

The Commissioner made the comments at a media briefing with Nigeria’s foreign affairs ministry headed by Geoffery Onyeama.

He described the attacks as ‘sporadic acts of violence’ adding that businesses belonging to other South Africans were also affected in the violence.