Curvy and endowed Nollywood actress, Moyo Lawal is back on social media tensioning fans with her massive behinds which have been her selling point over the past few years. 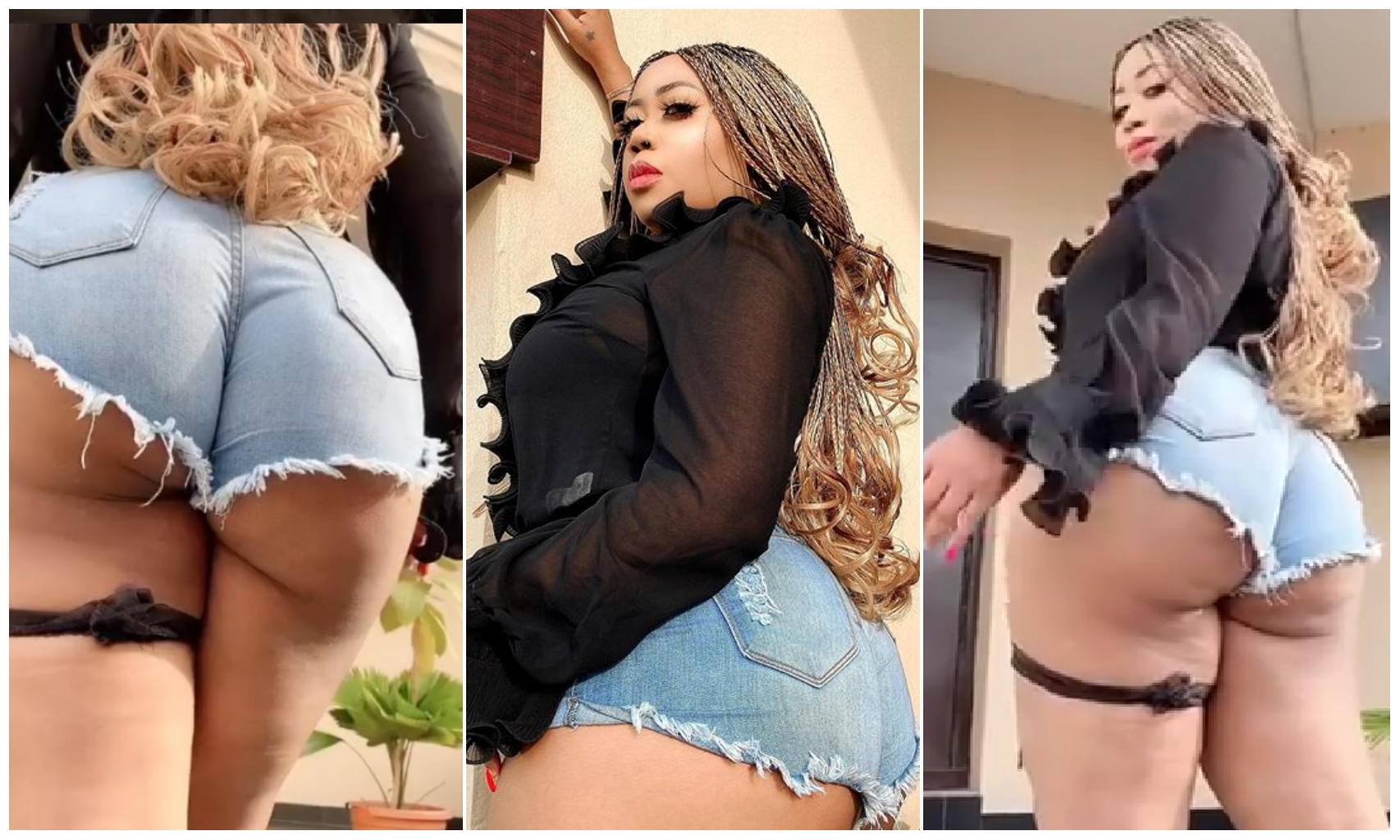 and chances that she will be putting an end to it is not feasible.

on social media especially on photo-sharing-app, Instagram, for stunning out

in a seductive manner.

Just as many thought she has repented and would be dish out her sexy side again,

ponder about as she stuns out in a sexy deni bum short.

Not ready to lose her followers as she’s ensured they say glue to her page,

Moyo Lawal showed off her butt in the short denim as this has got majority of her fans talking on the platform.

See the hot video below:

pleased with her activities and it’s left to see if she will be forced to face another episode of bashing from fans.

Bbnaija: Thats my costume all week- sexy Tobi Bakre share his Costume for the...

Violette Johnson - November 25, 2019 0
Funny trending tweet give a wrong meaning to the newly Married couple bamteddy. A fan who was following the trend Tweeted just to catch fun...

Violette Johnson - December 19, 2019 0
Not many people know that former BBNaija star Uriel Oputa has a hidden talent apart from being a budding entrepreneur, this sweet lady can...

Tottenham presents €70m offer for Dybala to join the club

Violette Johnson - November 28, 2019 0
A Nigerian man who was frustrated by the service of Arik Airline has called out the company over the way they tend to attend...