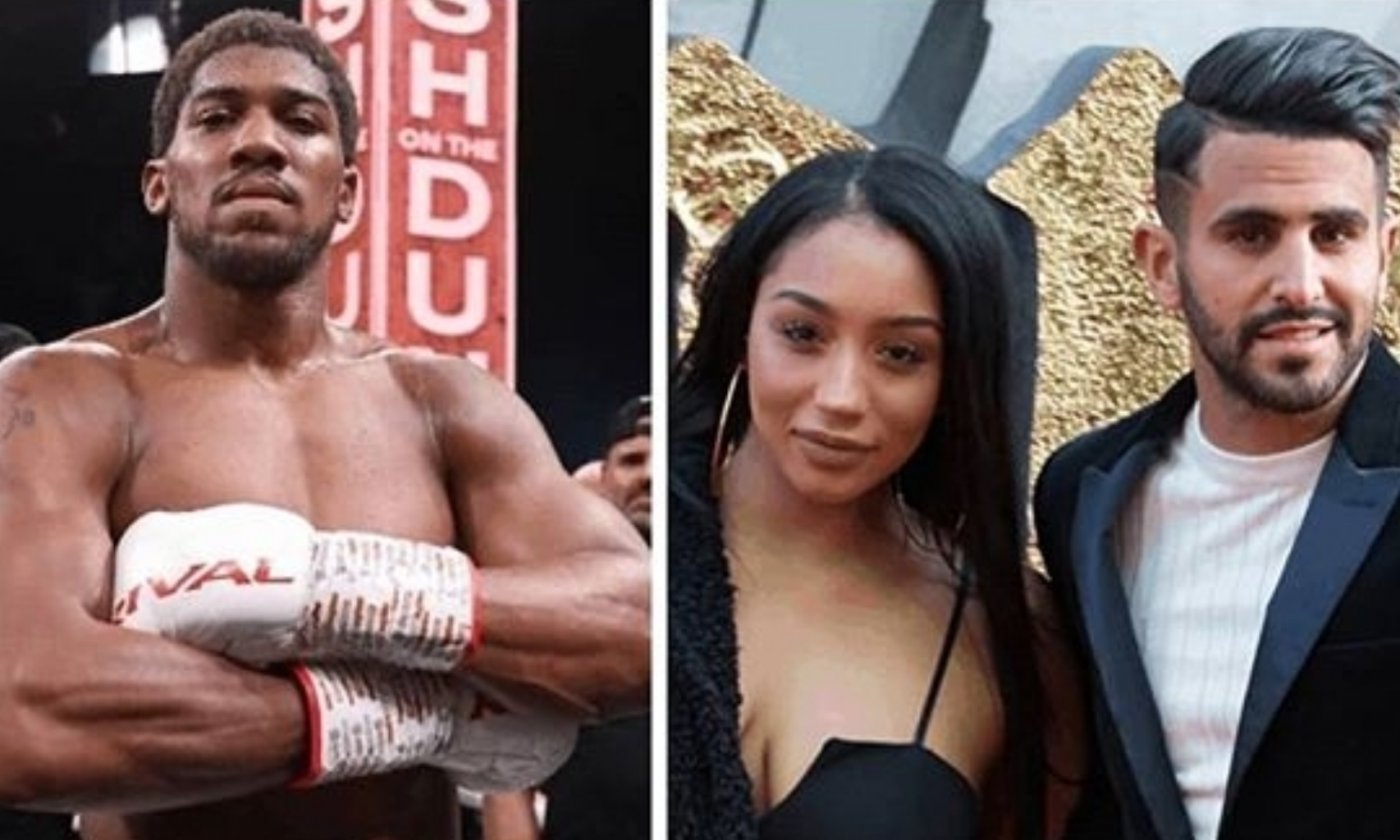 The British heavyweight champion, 30, sparked new relationship after he was

reportedly spotted out and about with 26-year-old Rita, who has two children with

Mahrez but is now separated from the footballer.

Reports in the Sun stated that Joshua had been ‘been spotted on nights out with Rita’,

both in public and at the luxury pad of a mutual friend.

December 2019, but ‘backed away’ from the situation after he found out that she

was still married to the Manchester City winger.

A club-goer told The Sun in December: ‘Rita bumped into AJ on her way out and he

invited her to join him at his table in VIP.

‘Rita, who was with a female pal, clearly thought AJ was incredibly hot.

They then spent much of the evening laughing and flirting.’

The source added that he didn’t have a clue who she was but thought she was a pretty girl.

Addressing the reports, a spokesman for Joshua has vehemently denied the accusation.

‘Anthony doesn’t personally know Mrs. Mahrez and has no wish to, now or in future,’ AJ’s spokesman told the Sun.

‘He’s disappointed that she or people around her have tried to use his name to generate publicity.’

Mahrez, 29, married Rita in a private ceremony back in August 2015 after five months of dating.