Burna Boy’s girlfriend, Stefflon Don has raised eyebrows on social media with a new sexy pictures she posted on her Instagram Page. 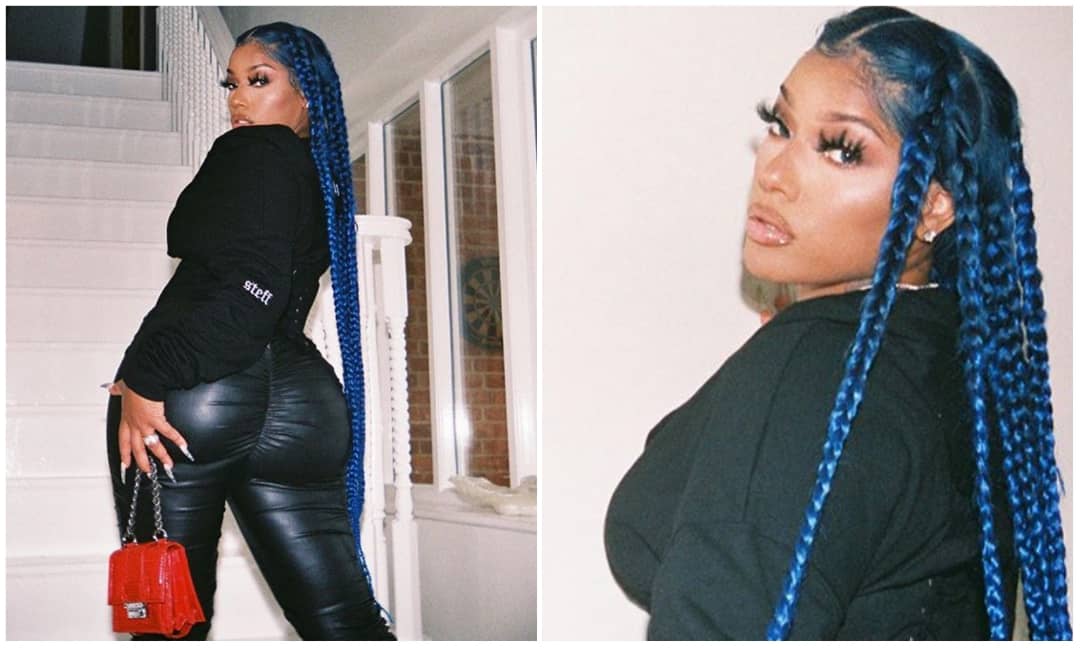 despite the situation of things in the world she’s not ready to slow down.

Known for having a huge fans base due to her post which are always sensitive, Stefflon

Don gave her fans another huge thing to ponder about this weekend.

Dressed in an adorable black leather outfit, Stefflon Don made sure her fans especially

the world what Burna Boy is having fun with.

she captioned the pictures with a message to fans by noting she’s nasty but classy.

Who can disagree with her as her endowment is visible to the blind.

See more photos of Stefflon Don flaunting her backside below:

Stefflon Don might be tempting fans with her pictures online but her boyfriend, Burna Boy

MasterKG featured Burna Boy in the remix of his hit single, Jerusalema and Burna in his

usual self got fans talking as he killed the song just like he has been doing in the past.

With the Grammy Award nominee in contention for the BET Awards, Nigerians will be hoping he bring home the award.

#BBNAIJA: Avala Gushes Over Her Daughter As She Shares Cute Photo Of Her

Dbanj gives a Dangote welcome to dimplezshuga, as he joins his record label (video)